The foundation sector should be embracing minimum payouts but instead sits silent or works in active opposition to them. This will not change, but it should.

Foundations are averse to regulation. It is a thing that they fear because it involves an acceptance of responsibilities over rights. The premise that ‘it’s our money and we will do what we want with it’ is threatened by every addition to legislation, regulation and even acceptance of best practice.

As with every other sector, regulation is rarely embraced – there is a presumption that those in charge know best and a desire to be left to get on and do their jobs with as little interference as possible. The difference is that the foundation world has succeeded where others have failed in the deterrent of anything from guidelines to codes of practice to legal responsibilities.

As with every other sector, regulation is rarely embraced – there is a presumption that those in charge know best and a desire to be left to get on and do their jobs with as little interference as possible.

Writing in the December 2016 issue of Alliance, Cathy Pharoah pointed out that only 14 per cent of foundations spend less than 3 per cent of their assets annually. Hardly anything, right? Afraid not. Based on the UK Association of Charitable Foundation’s 2015 Giving Trends data, it is easy to work out (see table) that if just the 20 biggest grantmakers in the UK gave at the US foundation rate of a minimum of 5 per cent, it would have created nearly an extra £1 billion in charitable donations in 2014/15.

Almost a billion pounds a year sitting there when we face the challenges we are facing as a country, as a world. Why on earth wouldn’t we spend it? Yes, on average big foundations spend more than the 5 per cent suggested minimum, but it is faulty logic to suggest that because most do their bit, others get the option to duck doing theirs. It’s not a standard we would apply to any other field.

So why does the foundation world say it is against minimum payouts?

As part of its lobbying against minimum payouts, the Association of Charitable Foundations is quoted as saying:‘Evidence shows that enforcing a mandatory spending rate could put many funders out of business in a generation. While for some funders this may be the right thing to do, for others, it would fetter their independence in balancing the needs of today’s generation with those of the future.’

We don’t do it because the sector’s first thought is not ‘how do we best fulfil our duty to provide public benefit’, but instead how do we self-preserve. Their first thought is to their independence and perpetuity and not about the society they should be trying to serve. 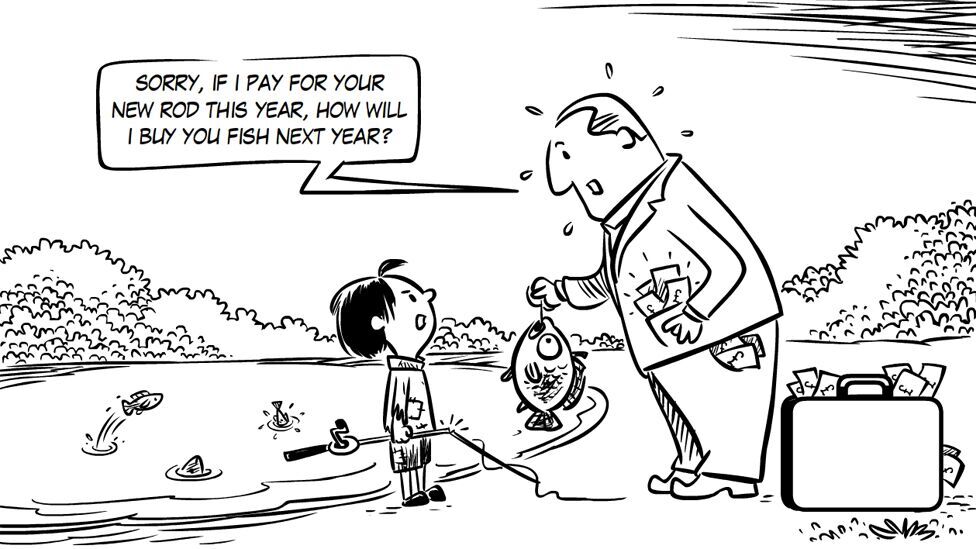 You can make the argument that the world’s problems will only get worse and that foundations will be needed more than ever. But there is a constant influx of new money into the sector and new foundations being launched, and, more to the point, heaven forbid we actually try to prevent those problems with the resources we currently have at our disposal.

Just in case anyone needed a sense check on this one – the US foundation sector increased its assets by over $320 billion in ten years from 2003 to 2013,2 despite its minimum spend policy.

The need for exceptions should not dictate the issue. It is the oldest trick in the book for conservative industries trying to avoid regulation to look to individual cases when it would be harmful and make a case that it should be avoided for all.

Are there cases where a forced spend out would not be a good idea? Yes. Definitely.  Cathy Pharoah mentioned a few in her article and there are many more. There should be grace periods while new foundations set strategies, multi-year equivalent spending options for those with particular equity or real estate holdings rather than simple market investments, and exemptions available for anyone who can make a case as to why this would hurt the public benefit they exist to serve.

But the need for exceptions should not dictate the issue. It is the oldest trick in the book for conservative industries trying to avoid regulation to look to individual cases when it would be harmful and make a case that it should be avoided for all. We need to be mature as a sector. Minimum payouts should be the standard and the emphasis should be on anyone seeking to avoid them to make a compelling case as to why they can better serve public benefit by doing so.

Philanthropy’s deliberate leaders: the story of the ClimateWorks Foundation