When all else fails

The details of the Flint water crisis continue to shock: through a stunning sequence of incompetence and malfeasance from public officials in Michigan and the US Environmental Protection Agency, the people of Flint were poisoned for over a year by the water being piped into their homes. At least 14 people died from Legionnaire’s Disease – but that is not the worst part of the story. The poison was lead, which is a neurotoxin, and its effects are irreversible. As many as 8,000 children aged six and under may have suffered permanent brain damage, affecting their cognitive abilities as well as behaviour and impulse control (many believe that the worldwide decline in violent crime is in part a result of removing lead from the environment).

This was truly a systemic failure. So far nine public officials have been charged with crimes related to ignoring or covering up the situation. But the underlying cause was economic decline. Flint is broke and was trying to save money. It had been buying water from another economically struggling city, Detroit. When Detroit raised rates, Flint decided to build its own pipeline to draw water from elsewhere. Detroit shut off Flint’s water supply before Flint could build a new pipeline, apparently to force Flint to cancel its plans. Instead, Flint switched to using water from a local river – but didn’t have the personnel and systems to treat that water appropriately. Rather than face up to the problems, government agencies denied the problems or covered them up.

What is philanthropy to do when confronted by such systemic failures? This debate has historically played out in less developed countries: should philanthropy flow to public agencies to build capacity? Should it build civil society to hold public agencies to account? What about people’s urgent needs in the meantime? Does meeting those needs undermine accountability and extend the problem? 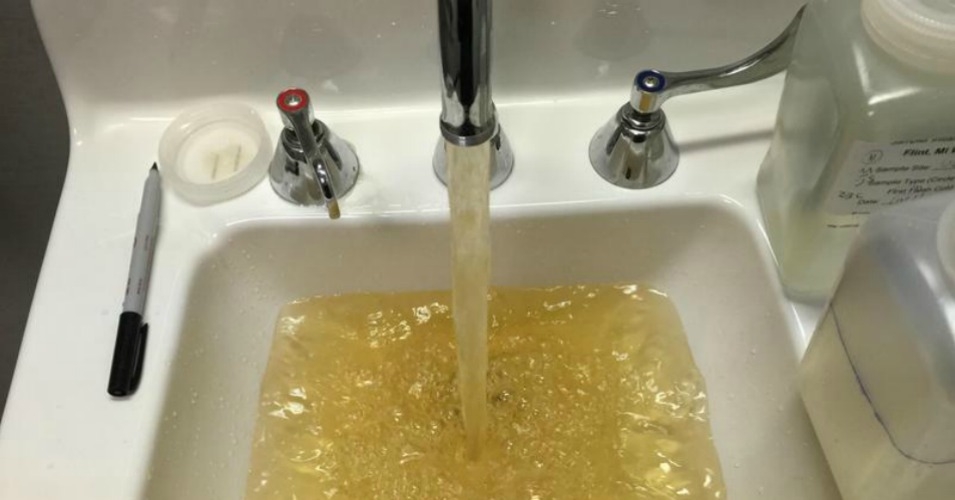 A coalition of large foundations is stepping into the breach in Flint, promising $125 million over the next few years. Most of the funds will go to services for affected children, but funds are also being allocated for non-profit ‘capacity building’ and efforts to help the community organize and hold public agencies to account.

‘The Charles Stewart Mott Foundation, which is based in Flint and coordinated the announcement, has said it will spend $50 million in the next year and $100 million in total over five years. Ford, Robert Wood Johnson, Kellogg and others have all committed between $1 million and $5 million.’

The Charles Stewart Mott Foundation, which is based in Flint and coordinated the announcement, has said it will spend $50 million in the next year (compared to an average of about $30 million a year over the last six years) and $100 million in total over five years. Ford, Robert Wood Johnson, Kellogg and others have all committed between $1 million and $5 million. Each foundation is sticking to its core area of expertise (eg health for RWJ, early childhood education for Kellogg). In general, these are new funds, in addition to existing grant budgets. This isn’t a joint effort: there is no group governance or official coordinating committee.

It’s an impressive amount of money – Flint is a relatively small city – and the foundations are responding quickly to urgent needs. Mott president Ridgway White says the joint announcement was intended to send a message to the people of Flint that help was on the way and they should not give up hope. There was concern about ‘crowding out’ public funds, but it became clear that the state and federal government were not going to step up.

Still, the philanthropic funds fall far short of actual need. Locals estimate that the children of Flint will need $100 million in new spending on healthcare alone over the next 20 years. Replacing the city’s corroding lead pipes will cost $1 billion and would take years if the money was available, which it isn’t. White says, ‘We may never drink the water [from the taps] again.’

‘Which raises a question that philanthropy hates to acknowledge: in Hirschman’s phrase, exit or voice?’

Which raises a question that philanthropy hates to acknowledge: in Hirschman’s phrase, exit or voice? Flint is among the most impoverished small cities in the nation. It has one of the worst-performing school systems[1] and its violent crime rate is several times higher than the national average.

The city is in part a product of what is known as the Great Migration: in the middle of the 20th century, millions of African-Americans fled the American South for factory towns like Flint. They benefited tremendously from leaving places that were stunting their hopes and dreams. The people of Flint deserve to see that help is on the way, that the foundations whose endowments are made up of the profits of Michigan industrialists (Mott, Ford, Kellogg, Kresge) have not forgotten them. But it is striking, given the situation, that none of the funds allocated are to help the children of Flint by helping them leave.