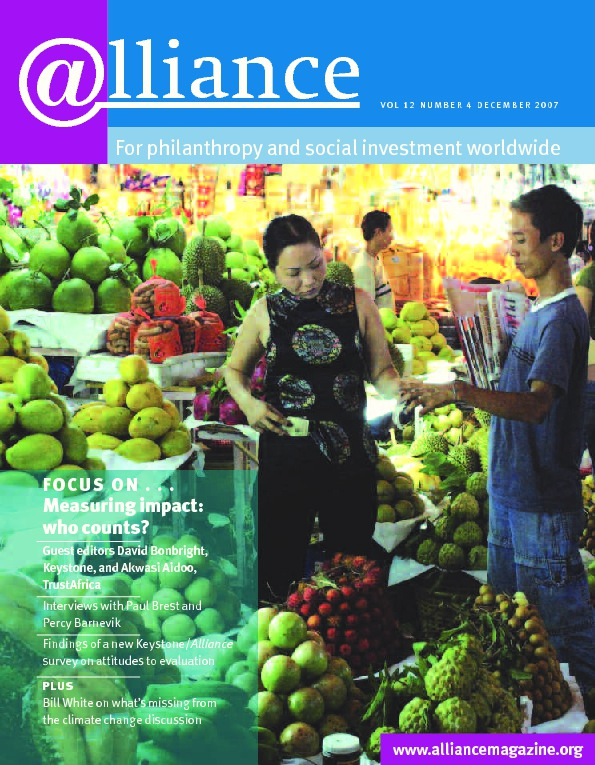 Innovation was the theme of this year’s Grantmakers East Forum (the conference of the renamed Grantmakers East Group), which took place in Tallinn in October. In the past the event has been dominated by large US and West European foundations working on democratic transition in the region, but this year’s 160 participants included a strong showing from representatives of indigenous organizations.

This year’s Forum was organized around four plenaries featuring over 15 outside speakers, including the President of Estonia, Toomas Hendrik Ilves. These focused on the crisis of democracy in the region, youth and new media, energy security and climate change, and the role of philanthropy. The opening plenary looked at why popular dissatisfaction with democracy in Central and Eastern Europe is the highest in the world. Liberal democracies have not provided people with the better living conditions they were promised, while in Russia, under an illiberal ‘sovereign democracy’, the economy is booming. The EU, meanwhile, far from inspiring societies to embrace democratic values, is seen as limiting participation.

In the plenary on youth and new media, it was noted that young people in particular are using the internet to redefine ‘participation’, mobilizing global support for local causes and vice versa. Foundations, mostly run by older people, are in danger of failing to capitalize on this communication revolution.

Panellists at the plenary on energy and climate change agreed that energy could be the issue around which the EU builds its role in the world. In the final session on the role of philanthropy, participants were challenged to think harder about lessons learned, particularly from mistakes. Innovation, it was noted, is not the same as invention or entrepreneurship, but is a matter of how foundations and other institutions adapt to an ever-changing environment.