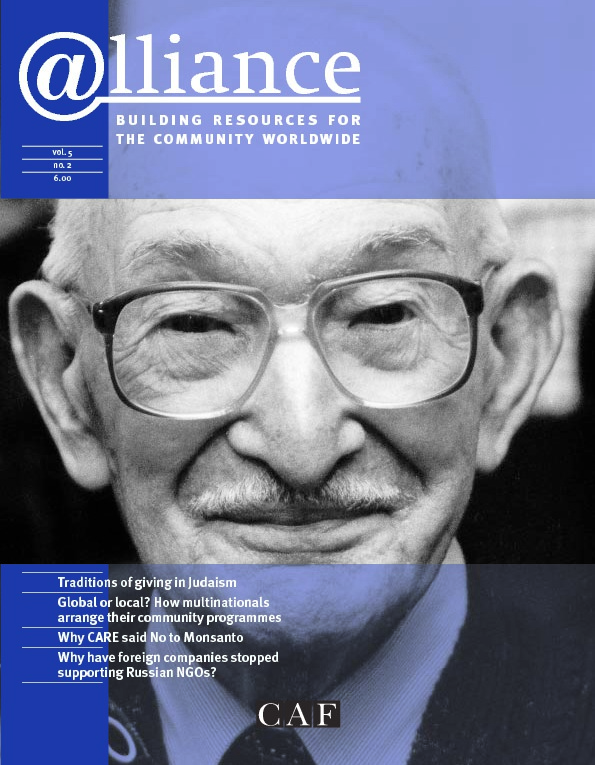 Through the centuries Jews have regarded the giving of charity as a central religious act. In Jewish teaching, charity is perceived as a divine attribute, and God is seen as exercising charity: ‘He doth execute justice for the fatherless and widow and loveth the stranger, in giving him food and raiment’ (Deuteronomy 10:17, 18). It is charity not sacrifice that will find favour with God.

In ancient times, taxes were levied for the benefit of the poor. Various Hebrew terms were used to designate laws which regulated such taxation such as leket, shikhhah and pe’ah. In addition, the sabbatical year was instituted in which all crops became the property of the community and all debts were rescinded so that the poor would be able to eat and be freed from debt. The Torah[1] also stipulates that the needs of the poor should be remembered when festivals are celebrated. According to biblical teaching, the inhabitants of the land must be aware of the needs of the poor and the stranger because the Jewish people itself had experienced this situation in Egypt: ‘Love ye therefore the stranger for you were strangers in the land of Egypt’ (Deuteronomy 10:19).

In rabbinic literature,[2] too, charity is perceived as of central importance in the life of the Jewish nation. Basing themselves on biblical teaching, the rabbis adopted the term zedakah to designate the act of charitable giving. This term literally means ‘righteousness’ or ‘justice’; by choosing such a term rabbinic scholars indicated that they viewed charity as obligatory. Thus Leviticus Rabbah, a commentary on the Book of Leviticus, states: ‘The poor man does more for the householder than the householder does for the poor man’, indicating that by giving charity the householder is able to discharge his religious obligation.