How can we do the most good? 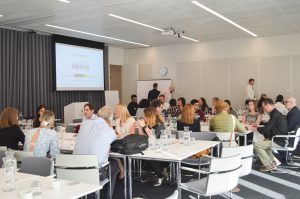 Alliance celebrates its 25th anniversary at the Aga Khan Foundation in London in September.

I was one of the fortunate individuals who attended the #AllianceAt25 event at the Aga Khan Centre in London. As we discussed how philanthropy had changed and where it was headed, one thought was running through my head. Every action we take now shapes the future so it is our collective obligation to do the most good we can in our respective roles.

In the Alliance 100th issue, Janet Mawiyoo, former director of KCDF, wrote an insightful piece on community philanthropy in Kenya, an approach which puts local groups at the centre of designing solutions as they best understand the challenges they face, an approach that seemed like a no-brainer to me but in the philanthropic world is far from universal.

I’d ask those who argue against community philanthropy on grounds of ‘conflicts of interest’ or ‘capacity and cost issues’ to reframe ‘conflicts’ to ‘connections’ and consider what the ‘cost’ of not centring local groups would be. There are advocates and practitioners pushing to shift decision-making power to the communities they serve every minute of the day. You just have to start thinking about the questions you aren’t asking. How many of you have actually asked the communities you serve what they want? How many of you have challenged the potential confirmation bias of the data you’re using?