PEXforum 2021 – The good, the great and the surprising!

Will the pandemic usher in a new era of corporate philanthropy?

Opposition to philanthropy reform in the US may prompt increased scrutiny and result in more, not less, regulation 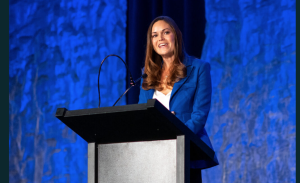 ACE Act is ‘a solution in search of a problem’ – Elise Westhoff in Alliance, September 2022. Credit: Philanthropy Roundtable

The Accelerating Charitable Efforts (ACE) Act, which introduces restrictions on donor-advised funds (DAFs) and private foundations, has been accused of being anti-charity. In the last issue of Alliance, Philanthropy Roundtable CEO Elise Westhoff said the Act was ‘a solution in search of a problem’ which would dampen charitable giving.

However, those who oppose this Act in its entirety are merely exposing their discomfort with philanthropic accountability. When key players in the industry, such as the Council on Foundations (COF) and National Philanthropic Trust (NPT) oppose a reform that simply nudges charitable dollars towards charities, they are inviting raised suspicion over philanthropic practices.

Sponsored content: It is time to break with investment tradition?