The decision in 2006 to establish the Alliance Publishing Trust as an independent entity was designed to give the magazine financial security and a clear identity. It was not a straightforward task, as the founding board members recall

The night before the first formal board meeting of the Alliance Publishing Trust (APT), the three founding members, David Carrington, Gerry Salole and Rien van Gendt had arranged to meet for dinner. ‘Gerry and I arrived on time and consumed our appetisers,’ recalls Carrington. ‘There was no sign of Rien at all for some time then suddenly through the door came this apparition in pale blue tape.’ Rien van Gendt arrived bruised and bandaged having tried to get out of a taxi which he mistakenly believed was stopping. It was not an auspicious start to the new venture but things got better… 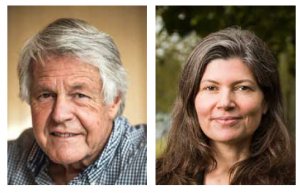 The motive for the launch of Alliance Publishing Trust in 2006 was to try to provide a clear identity and financial security following a period of incubation at CAF and then Allavida. ‘Both Alliance and Allavida had been part of CAF ,’ explains Carrington, ‘and both of them had found it difficult to strike an identity clear of CAF particularly with funders and particularly in Europe because they were seen as very much Anglo-Saxon vehicles.’

Be not afraid to challenge