Funding a movement-led approach to end gender violence in Perú

A sector of one’s own

The pandemic and its shadow: lessons in standing with women’s rights organisations

How do you make a difference on the other side of the world? In 2021, the Old Dart Foundation (ODF) embarked on a bold new partnership with Global Fund for Women, investing in a movement-led approach to end sexual and gender-based violence in Perú. One year in, the partners share some key reflections from their different funder perspectives. 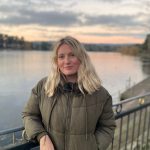 ODF was established as a private foundation in 2014 with a remit to address poverty and inequality, with a particular geographical focus on Perú and Papua New Guinea. Today we have an international team of five, with two full-time team members in Perú.

As a foundation, we’ve always been committed to spending out, rather than existing in perpetuity. This commitment, along with an understanding of the scale and complexity of the issues we wanted to focus on, led us to explore how we could best use our resources to help meet immediate needs, while also supporting more transformative and systemic change.

To help us think about what this could look like in practice, we worked with philanthropy consultancy Ten Years’ Time. Together we embarked on a learning journey to explore how ODF’s philanthropic capital could make a significant and lasting difference in Perú. During this process, we met with government officials, civil society representatives, activists and community leaders to ask what the most pressing issues were and how our funding could best help. In Perú, we heard time and time again about the prevalence of gender-based violence and its pervasive impact. We learnt that despite progressive femicide laws, a dominant machismo culture underpinned by patriarchy and deeply entrenched colonial injustices had created cultural norms which continued to fuel and perpetuate gender-based violence.

We also learnt that the women’s rights space was complex, and we started to understand that access, voice, and resource had coalesced around Lima. This created a distorted picture of realities and priorities, and resulted in funding, and therefore power, centralising around a handful of organisations. This wasn’t representative of either Peru’s cultural diversity or its varied and intersecting needs.

As a foundation, it became clear that if we wanted to turn our ambition of supporting transformative change from rhetoric to reality, we needed to be bolder and fund in a way we hadn’t previously. We needed to diversify and democratise our funding – focusing on the margins rather than those in the centre – and we knew, particularly as a UK based funder, we couldn’t or shouldn’t do this alone. This is where our partnership with Global Fund for Women UK started.

Partnering with Global Fund for Women to pilot a movement led approach has required a mindset change and process adaptation. We are learning this work takes time. It takes trust which can’t be rushed or succinctly quantified. But this is learning which will also deliver positive impact across our wider portfolio and we’re excited to see its potential unfold.

Ultimately this approach takes a commitment to letting go. It’s required us to explore and embrace informed risk, believing this to be a route to bold change. We see ourselves as a catalyst, not a central player – there to use our resources to facilitate the priorities of those best able to drive and deliver social change. We don’t want the foundation or its name to live forever, but we want its passion and resource to fuel a movement that can sustain gender justice beyond our lifetime. 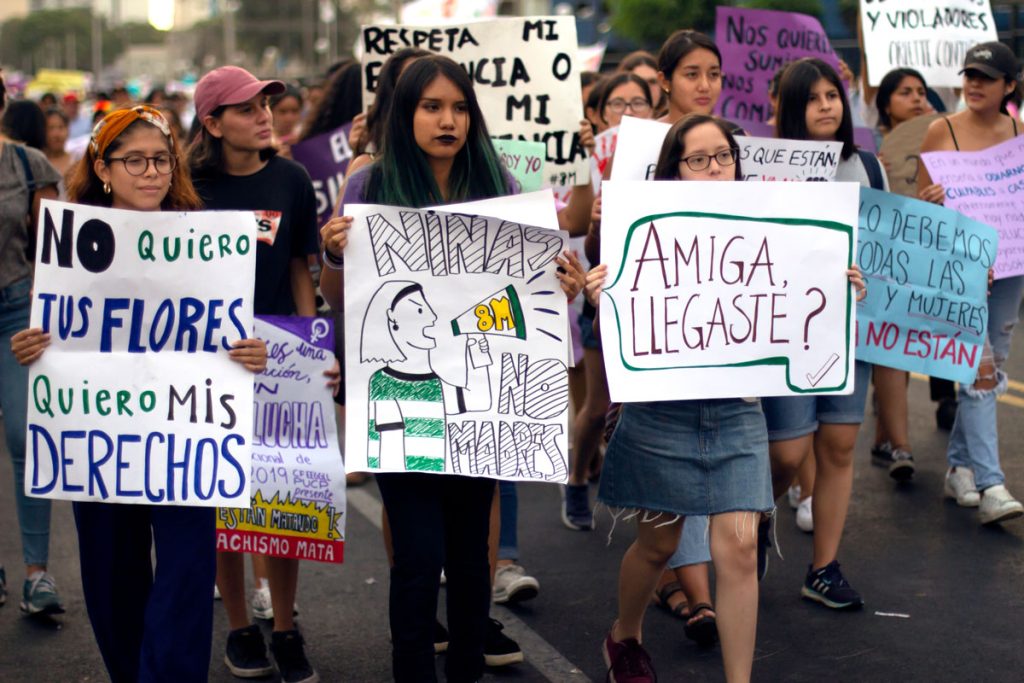 Women in Peru march in 2019 to support niñas, no madres, an abortion-rights movement. Photo credit: Shutterstock. 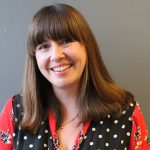 Global Fund for Women is not about building or duplicating movements. Movements already exist, they are mobilising in revolutionary ways, and they are key to transforming power and privilege for a few into equity and equality for all. So understanding how we – as a feminist fund based in the global north – can best support, and how we do no harm is critical.

In Perú, we’re external actors, not movement activists. It’s important we know our place and focus on solidarity, trust and strengthening collective power. This is about flexible funding but it’s also about creating space so movement actors are able to reflect and (collectively) decide what they need to drive the change they want to see. Collective strategising and decision making is an opportunity rarely afforded to activists – a perverse irony given how much time those furthest from grassroots realities spend on strategy development.

As a feminist fund, we recognise the leadership and expertise of movement actors, especially the most marginalised, and our approach is based on supporting their needs, opportunities and challenges. This requires a commitment to an iterative process where we continue to test, learn and adapt our approach – with movement actors and other strategic partners, including our donors.

Our approach has four key components: (1) a landscape study to deepen understanding of the movement ecosystem – key actors and how they work together; the depth and breadth of collective action; the needs, challenges and opportunities; (2) the creation of an intersectional movement committee/collective decision-making body who determine the movement’s priorities and needs; (3) the provision of support based on the movement’s needs; and (4) the development a collective learning process so the movement defines what success looks like.

One of our first actions in our Perú work was to recruit an in-country Learning Advisor. This is a pivotal role and essential for navigating the movement landscape and helping us stay attuned to power dynamics. 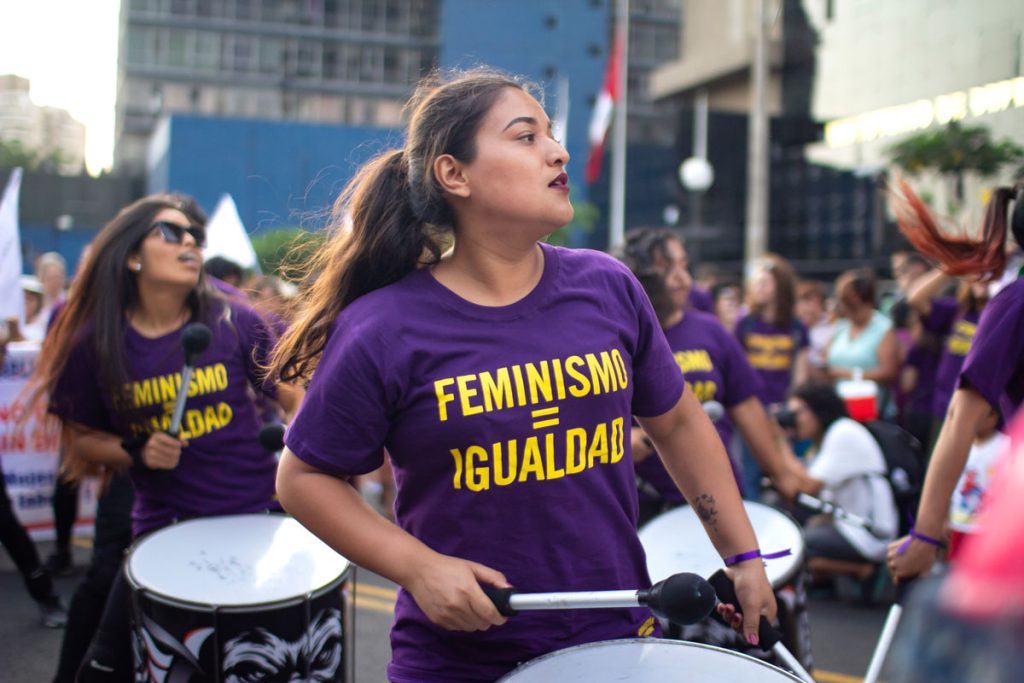 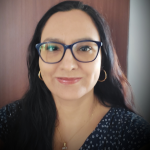 Power dynamics are particularly important in the Peruvian context. Historical injustices from colonisation have embedded hierarchy and centralisation, and these have been further entrenched by top-down donor dominated practices and agenda-setting. As we started this pilot, we found the need to be explicit in our intentions and interactions to flip power dynamics; centre expertise firmly with Peruvian activists; and create horizontal working practices. What became clear is that decolonising ways of working comes with doing not saying. Unlearning behaviours and building trust has to be experienced, and that takes time – and we’re indebted to the commitment, passion and integrity our four researchers -Josefina Mena, Christian Guzmán, Estefany Dávila and Rosmery Roca gave to the landscaping process and our collective thinking.

Part of building trust is listening, being open and honest, and then adapting when you know better. That requires agility and humility. For example, our use of the term ‘intersectional feminist collective’ to describe collective decision making was challenged by some movement actors, who did not identify as feminist due to their experiences of historical injustices, marginalisation and tokenisation in the ‘mainstream’ movement We listened and responded with a holding name of ‘Movement Advisory Group’.

Ultimately this approach takes a commitment to letting go… We see ourselves as a catalyst, not a central player.

Embracing diversity and understanding how to move within and between intersecting issues is critical, especially for the collective decision-making body. In a context where diverse women are affected by multiple types of violence, there is no single issue to eliminate or tackle. If you’re for women’s rights, you also mobilise around other issues such as land rights, climate justice, and LGBTQI+ rights. The Peruvian ecosystem has long shown how activists face intersecting issues, perhaps most notably articulated by mi cuerpo, mi territorio (‘my body, my territory’), the motto of many feminist demonstrations.

Yet the movement also experiences tensions – not only from Perú’s colonial past but more recent injustices, and from the current influence of external and national anti-gender groups. As an outside actor we need to be cognisant of these, and mindful of working with different sensitivities. From the outset, we have been committed to transparency, knowing this is key for building trust. This means we need to acknowledge our privilege, be that accessing higher education or living and working in an urban area. We have to agree not to appropriate the discourse of other activists. We need to work intentionally and agree norms of conduct, in order to create a safe space where people can have honest and perhaps uncomfortable conversations. In doing this we have been conscious of the dangers of assuming knowledge and we need to recognise the limitations of our experience. We’ve endeavoured to openly and consistently communicate our purpose; what we know and don’t know; what we’d like to explore with the advisory group; and critically what the advisory group wants to explore – so they build trust and relationships with each other.

Alongside this is the need for flexibility. While we’ve had plans, we realised they cannot be set in stone as they need to respond and adapt to what the group needs. Additional activities and meetings mean the advisory group is (rightly) setting the pace, and building a solid and shared understanding from which to proceed. This is a gradual process that needs to respond to people rather than procedure. One contributor to our landscape study used the metaphor ‘slow cooking’ and noted:

This process gives diverse actors the space to identify and discuss their needs, so they’re able to connect their various agendas and identify their common priorities. This is the authentic work of movement strengthening. It is the way to ensure a safer and more just Perú in which the multiple expressions of violence are no longer tolerated or ignored, but are seen and acted upon.

No doubt there will be challenges ahead but this approach is already starting to shift power. By ensuring some of those most impacted by sexual and gender-based violence have increased visibility and a seat at the decision-making table, existing norms and traditional power dynamics are changing. We won’t always get it right but with humility, an adaptive mindset, and by placing the experts in the driving seat, we’ll listen, learn and adapt.

This approach reflects that a movement is not one voice or one agenda. It recognises intersecting issues and multiple experiences of discrimination and oppression. It respects tensions and contradictions. It acknowledges a movement can be both a pitch-perfect choir and a cacophony – but fundamentally, it knows movements can move mountains and achieve seismic social shifts.

Chrissy Cattle is the Foundation Manager for The Old Dart Foundation and an organising member of the Grant Givers’ Movement. Rebeca Hanshaw is the UK Executive Director of Global Fund for Women UK, a co-convenor for the Shift the Power UK Funder Collective and on Twitter at @rebecca_hanshaw. Fabiola Quesada-Andrade is the Learning Advisor for Global Fund for Women UK in Perú, and is a post-graduate student at the University of Sussex, and on Twitter @fabatw.