Tobin Tax – the next campaign after Jubilee 2000? 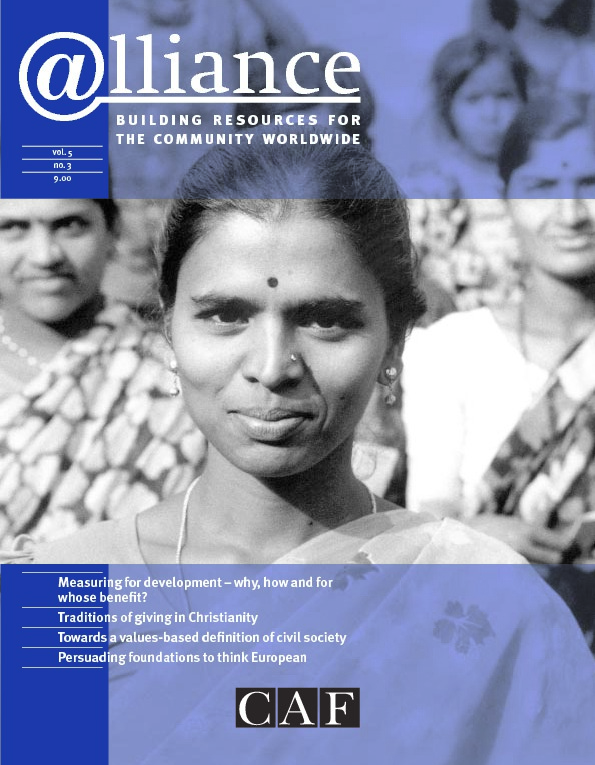 The overall feeling at the UN Special Session convened in Geneva at the end of June, five years on from Copenhagen, to assess progress towards the international social development targets was one of disappointment: a lack of political will meant that little had been achieved. But the Tobin Tax proposal could hold out new hope for the world’s poor.

In the wake of the landmines campaign and Jubilee 2000 debt campaigns, a new clarion call and test of political will may come from the Tobin Tax proposal – a proposal to tax the large volumes of currency trading which have no underlying economic activity to underpin them: money making money from money alone. The short-term revenue generation capabilities of such a tax could be large, and very significant if the money is reallocated for social development.

Although this idea is a challenge to free market wisdom, it is beginning to gather some serious support among governments and NGOs. Both the Canadian Government and the European Union now regard the tax as technically feasible. Over 200 NGOs, including War on Want, are backing the initiative.

Major questions of course remain to be answered. Who will collect the tax – the UN, the IMF or national governments? And, more important still, what will be done with the money, and who will decide?

Nor should one ever underestimate the ingenuity of international bankers to generate new ways of making money to feed short-term bottom line, even at the cost of social development.

Malcolm Hayday is Director of Community Finance at CAF. He can be contacted by email at mhayday@caf.charitynet.org

A new report written by Ghanaian economist Charles Abugre for the World Development Movement (WDM) shows that the IMF’s new Poverty Reduction Strategies are failing to help the world’s poorest people. Five years ago in Copenhagen, the first UN Social Summit recognized the harmful effects of IMF Structural Adjustment Programmes (SAPs) and called for reforms to ensure that poverty reduction, not blind economic growth, was placed at the centre of IMF policies. Still Sapping the Poor: A critique of IMF poverty reduction strategies, published as governments met in Geneva in June, contests the IMF’s claim that its Poverty Reduction Strategy Papers, the successor to SAPs and a condition of debt relief, have poverty reduction at their core and are written by governments in consultation with their population. It finds both claims to be false.

For further information see the WDM website at http://www.wdm.org.uk/presrel/current/PRSPcritique.htm

Bulgarian winery a mainstay of the region