When is transparency a really bad idea? 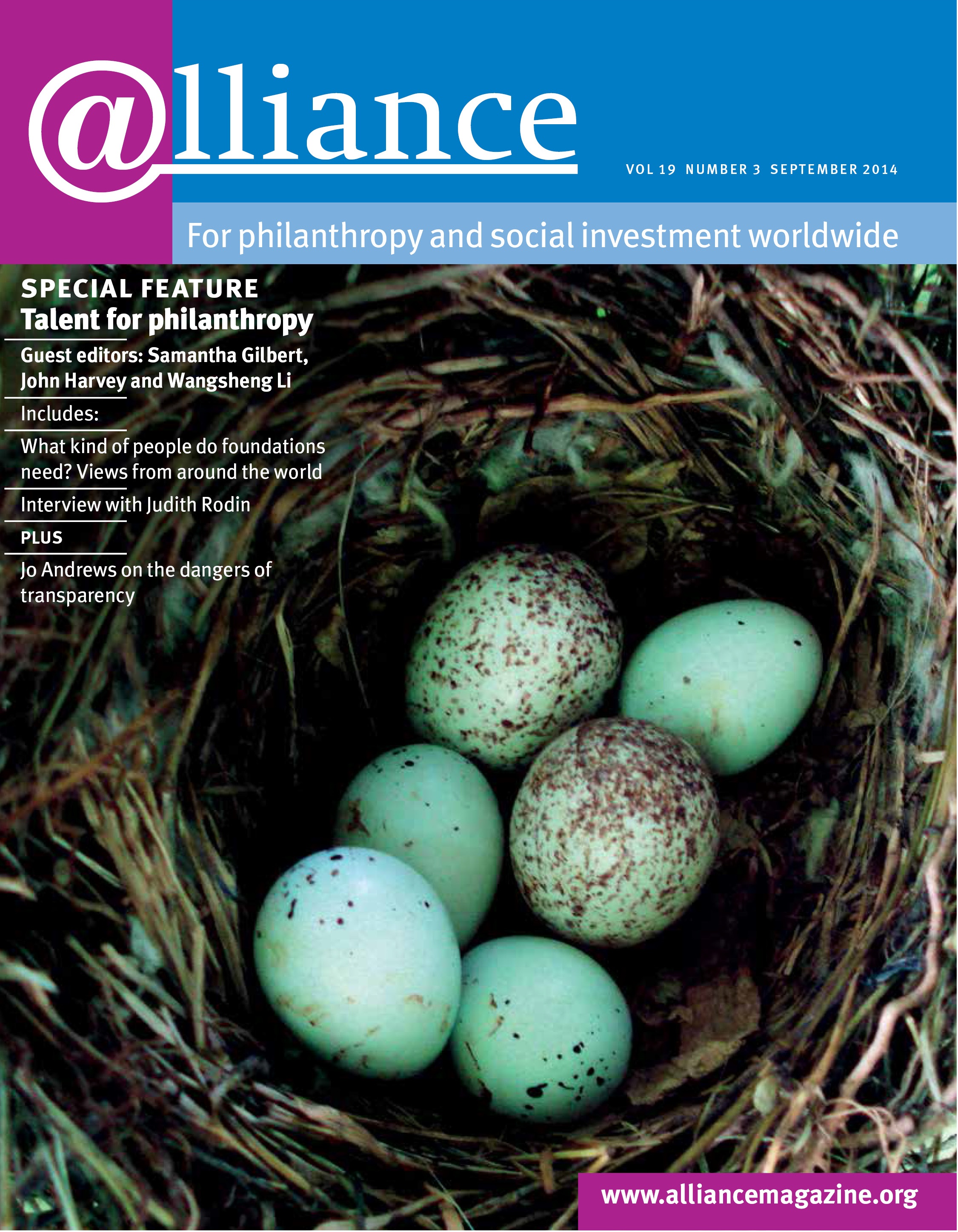 Fashions in philanthropy can be every bit as startling as the catwalk: evaluation methods and grantmaking approaches change as fast as hemlines. But one fashion that is probably here to stay (a bit like men’s suits) is transparency, which makes it worth taking a longer look at.

Transparency for funders is a helpful idea, but it’s not a panacea. If private foundations and grantmakers think it is, then their attempts to bring a measure of sunlight to a sector shrouded in mist are likely to fail or, much worse, do damage. We need to recognize that glass-pocket principles need to be more nuanced than they have been so far and that there are circumstances in which transparency can be a really bad idea. This is not saying funders should not share data – they should, as there are significant benefits – but we need to think harder about what we share publicly.

This won’t be an entirely welcome message. But it comes from someone who has put in time as a data warrior, persuading foundations to contribute details of their grantmaking to the part private, part public Advancing Human Rights: Knowledge Tools for Funders project created by the Foundation Center, the International Human Rights Funders Group (IHRFG), Ariadne and the International Network of Women’s Funds (INWF). The project has now processed nearly 75,000 grants and the publicly available analysis is transformative. And the project will become more powerful over time as we track trends.

The private part of the project drills down much further and shows which grantmaker made what grant to which organization for what purpose and at what date. It makes a host of previously expensive and time-consuming activities cheap and simple. This is available only to Ariadne, IHRFG and INWF participants, because this is the level at which transparency becomes more difficult.

Effectively the Knowledge Tools project and others like it allow us as grantmakers to take off our blindfolds and pin the tail on the donkey with some clarity. The trouble is that we aren’t the only ones interested in where the tail goes. When we publish detailed data we hand information to the media, governments, corporations, bloggers and those passionately opposed to our ideals. At a time when the space for civil society is closing and cross-border funding is becoming contested, this is potentially dangerous – especially, but not only, in the fields of human rights and social change.

Here’s an example: at the request of the European Union, Norway Grants has funded a number of civil society groups, including human rights groups in the EU and neighbouring countries. In Hungary, the government accused the Norwegians and the local grantmakers who administer the funds of political meddling. It carried out what appear to be unauthorized early morning ‘audits’, removing and publishing a list of grantrecipients, calling some of them ‘problematic’ and ‘left-leaning’. This is extremely worrying coming from an EU member, and 20 Ariadne members have condemned it. In this atmosphere is it sensible to be transparent about grantmaking to Hungarian organizations, now or in future? How much danger do we put grant recipients in?

Once this data is public, it remains public permanently, so 2010 data on grants to LGBT organizations in Uganda had the power to endanger lives when the Ugandan government passed laws against ‘aggravated homosexuality’. We simply can’t tell how things will play out, so caution is vital and the safety of those on the ground needs to be paramount. This doesn’t apply just to human rights funders; those funding in the fields of the environment, women and girls, reproductive rights, labour rights and supply chains also need to be cautious.

The second and more domestic problem centres on accountability and trustworthiness. Transparency is not the same as either and shouldn’t be mistaken for them. It might contribute to them; there again it could detract from them. One of the greatest and most important freedoms private foundations have is that they are not accountable in the same way as public bodies or politicians. The Daily Mail or other tabloid newspapers may huff and puff all they wish, but a funder can do what they think is right as long as it’s lawful. My concern is not in handing over the information but in how it will be used, the impact on the sector’s reasonable reputation for trustworthiness, and the impact on a sector that already finds it difficult to take risks.

Increased transparency means these attacks will grow; it will undoubtedly make how we give away funds more contested in the UK and Europe, as it already is in the US. How do we develop the resilience and the skills to deal with that?

interesting, but I am not entirely convinced. On balance, non-profits should produce transparency, not just demand it. If they themselves are role-models, this is much more likely to contribute to government that is accountable, too (a few exceptions not withstanding). So it's important to ensure that transparency is the default, not the exception.

I think it is important to remember that a short-term setback is not necessarily an indicator that transparency was wrong. Transparency may make power-holders uncomfortable (or perhaps implicate them in mismanagement or wrongdoing), so we can expect resistance. I don't think that decisions about how transparent to be should be made only on the potential short-term consequences of being transparent, but also the potential long-term consequences of not being transparent.