Jane Mayer’s newly released book weaves an excellent story, tracing the increasing amounts of money involved in US politics and their effects. Starting with the poster boys of radical right fundraising, the Koch brothers, she charts their family history – including the suggestions of taking money from Hitler’s Nazi regime – and the failures they experienced to hone their influencing approach. 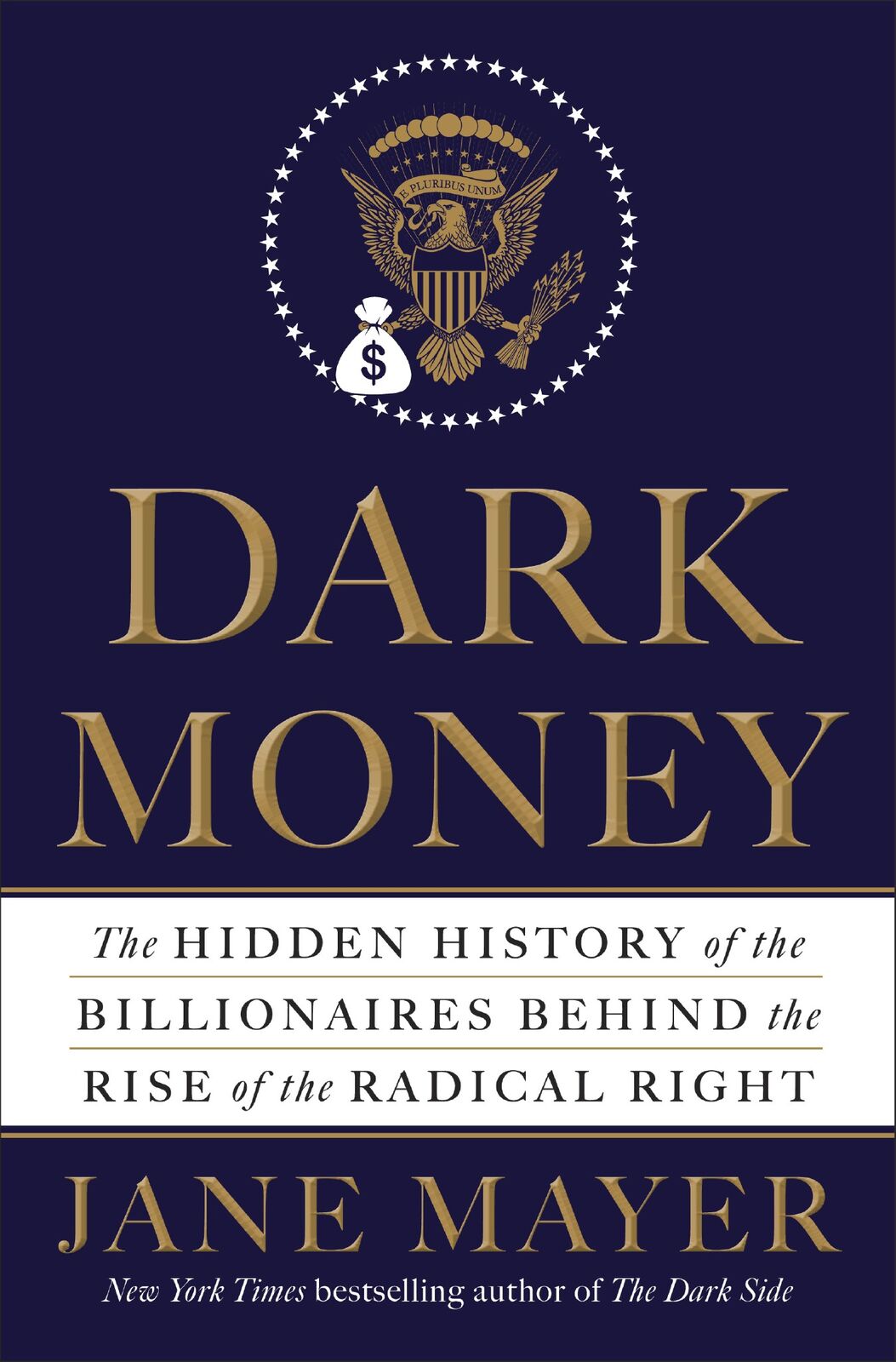 In essence, this approach became the creation of a broad array of apparently independent interest groups and academics who set out the brothers’ political agenda. They then sought and supported candidates to elected office who would push this agenda.

Mayer shows how the ‘kochtopussy’ they created was part of a wider backdrop of radical right funding, from the Olins to the Scaifes and the Bradley brothers. These groups came together, since 2009 literally in Koch-convened gatherings, to see how they could advance radical right-wing issues.

Mayer shows that these causes always overlapped with the business interests of the donors. With many of them overseeing firms in the energy industry, it is unsurprising that several of the book’s most egregious examples involved campaigns aimed at loosening environmental regulations and protections.

Donations to US election campaigns dwarf expenditure in Europe where there are stricter spending and declaration limits. The scale and lack of transparency required for political donations may leave readers unfamiliar with the US slack-jawed. Mayer correctly highlights the impact of the supreme court decision on Citizens United that meant corporations could donate freely and anonymously through 501c4 and 501c6 organizations.

One result was that, in the 2012 presidential race, the top 0.04 per cent of donors contributed the same as the bottom 68 per cent. No previous year had shown more spending by fewer people.

With the benefit of hindsight and the picture Mayer paints, it is dumbfounding that the radical and moneyed right’s gradual creation of levers of self-interest that combined to be a poison to democracy went unnoticed. Academic institutions ceded independence in return for money, journalists started mainstreaming minority views, politicians stopped questioning where the funding of think-tanks was coming from.

By the time realization dawned, the radical right’s influence had spread to create civil unrest over a range of issues, most famously Obamacare.

So what is there for philanthropy to learn from this? Firstly, it should warn that when money, especially large sums of money, is on offer the power dynamics become warped. People will court those they shouldn’t, accept funds that involve compromising principles and bypass due diligence. As funders, it is incumbent on us not to step over the line on this and to take a balanced view of those who turn down funding from others.

It also shows how effective political giving or supporting political advocacy can be. With careful checks and balances it should not be something that foundations shy away from – but it should be done in an environment that is transparent and capped, two features sorely lacking from the US system.

Mayer’s book could benefit from expanding on these thoughts. It is also a shame that little more than two paragraphs are given to the giving of George Soros who famously announced he would spend his entire $7 billion fortune to rid people of George W Bush – then found his money unable to achieve it. Mayer does highlight one crucial difference though – Soros’ giving was transparent and aimed at giving more people access to power and democracy.

Dark Money is an immensely useful reminder both of what political giving can achieve, but also of the importance of spending caps and transparency to prevent the growth of undue influence. Without those safeguards you can end up in the mess US politics is currently in, where those with money have far too much of a say over the lives of those with less.

Alison Goldsworthy is a director of the Joseph Rowntree Reform Trust.
Email alison@alisongoldsworthy.co.uk

Policy Patrons by Megan E Tompkins-Stange – Reviewed by Volker Then