On 20 and 21 January Donors and Foundations’ Networks in Europe (DAFNE) held its winter meeting in Moscow, hosted by the Russian Donors’ Forum. DAFNE members agreed to press for the European Foundation Statue, in particular by contacting their representatives at the European Parliament to secure their support for the written declaration on establishing European Statutes for Mutuals, Associations and Foundations. 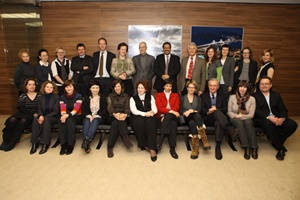 It was also agreed to work together to ensure wide participation by foundations in the ongoing public consultation on the European Commission’s Single Market Act, especially with regard to its proposal that the Commission will present a regulation on a European Foundation Statue by the end of 2011.