European Union (EU) enlargement into Central Europe and the European integration process in Southern and Eastern Europe have had a major impact on democracy promotion and civil society development. On the basis of the lessons learned from this process in Central Europe, this article outlines some of the challenges European foundations are encountering throughout this process and how they are adjusting their strategies in the Balkans

By the turn of the century, the foreseeable EU accession of the more advanced, new  democracies of Central and Eastern Europe led many large private donors, mostly in the  US, to reassess their future involvement in the region. Some gradually phased out support and shifted attention elsewhere. Their priorities, especially in democracy promotion, moved east to Ukraine, Belarus, the South Caucasus and Central Asia. In the other parts of the Central and Eastern Europe and Newly Independent States region, long-term exit strategies have been set up in the form of multi-year collaborative trusts or funds aiming to continue and consolidate the donors’ legacies such as the Trust for Civil Society in Central and Eastern Europe, the Balkan Trust for Democracy and the Baltic-American Partnership Fund (now closed). 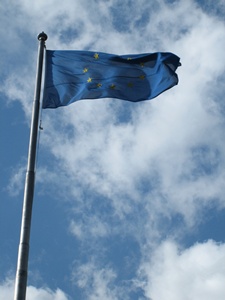 The transformative power of EU integration

The European integration process has been a powerful driver of reform. It has provided a major boost to the democratic transition of the countries of this region. It has also had a strong impact on the vibrant web of civic organizations that emerged in the previous decade in Central and Eastern Europe. The philanthropic community underestimated the extent to which this process would challenge the prevailing vision after the fall of the Iron Curtain of a civil society made up of independent organizations acting as a counterweight to the government and the state and sustained by a philanthropic culture. Although this view stemmed from the US, at this point in time it was generally accepted by all those working in the region. In these new circumstances, this model soon proved to be problematic in Central and Eastern Europe.

First, the financial sustainability of the non-profit sector has emerged as a critical problem. The shift from private grantmaking schemes to new funding mechanisms at state level channelling EU money has created a void detrimental to many small organizations, especially those dealing with fundamental issues such as human rights, civil liberties, public policy or anti-corruption. Mechanisms such as endowments, self-financing, private and business giving, and government funding are insufficient to sustain existing local grantmakers such as community foundations and other re-granting organizations, especially given  the current economic crisis. While the countries of the region still cannot afford to be welfare states according to the Western European model, their citizens are not yet rich enough to support the Anglo-Saxon approach to philanthropy whereby individual donors supplement welfare state provision.

Another factor contributing to the paradigm shift in the civil society sector has been the resurgence of the state’s influence. Although civil society contributed to democratic reforms, modernization and preparations for EU membership, public authorities have gained influence and strength through negotiations with the EU. This leaves the civil society sector with no choice but to engage in a meaningful dialogue in order to define a clear framework for its new relationship with the public sphere. Civil society organizations that ‘compromise’ with the state and depend partially on public funding, as occurs through the Compact in the UK, do not necessarily lose the capacity to challenge political elites and to bring about systemic change, as suggested by those that see civil society as an independent counterweight to the government. Such arrangements between the state and civil society should be seen as an opportunity to raise standards of transparency and accountability, thus enabling civil society organizations to retain the trust of their constituencies.

After the ‘big bang’ enlargement of 2004, European foundations found in the Balkans another region with a European perspective and unfinished business in regard to civil society development, good governance, political stability and the rule of law. Drawing on the lessons from the accession wave in Central Europe, European foundations were able to apply specific approaches to democracy promotion through policy-oriented programmes. At the King Baudouin Foundation (KBF), for instance, there was a clear shift from small grants programmes at the grassroots level before 2004 to more targeted policy initiatives in line with and supporting the EU’s priorities for this region and involving NGOs and public authorities at all levels. Taking advantage of its location in Brussels, KBF’s partnerships with think-tanks such as the European Policy Centre help to keep the Balkans high on the EU’s political agenda and to connect civil society in the region with EU institutions.

After years of duplicating efforts and running into each other in the corridors of the European Parliament as well as on the ground, European funders have recently begun to move away from their individualistic attitudes in favour of collaborative efforts in the Balkans. A first step in this direction was the International Commission on the Balkans. This transatlantic joint initiative of four foundations – Robert Bosch Stiftung, KBF, German Marshall Fund and Charles Stewart Mott Foundation – developed a vision for the integration of the countries of South-east Europe into the EU that exerted a strong influence on European policy towards the region. At the heart of the recommendations of the Commission lies a strategy for building member states that focuses on developing functioning state administrations and building pro-European constituencies.

The European Fund for the Balkans

This strategy is being put into practice by the European Fund for the Balkans (EFB), a partnership among Robert Bosch Stiftung, KBF, Compagnia di San Paolo and Erste Stiftung, with a contribution from the Czech government in 2008. EFB seeks to encourage a broader and stronger commitment to the European integration of the Western Balkan countries by reaching out to the citizens of the region and ‘thereby creating the pro-European constituencies these societies need for their future’, in the words of Giuliano Amato, former Italian prime minister and chair of the International Commission on the Balkans (2004-06).

Launched in 2007, EFB represents one of the most advanced forms of partnership so far between European private funders. It overcomes the diversity of individual agendas and methodologies, and advances a shared understanding of the partners’ common responsibility for the European integration of the Balkans. This ambitious goal implies a strong commitment and substantial resources.

While large US private donors are implementing exit strategies to support the development of civil society in the region, EFB therefore positions itself as a long-term entry strategy for European donors. Focusing on good governance, EFB’s grantmaking and operational programmes target individuals, organizations, policy development and public awareness initiatives. These include fellowships for public servants and policy analysts to enable them to become more acquainted with EU institutions and policymaking, and programmes to allow youth and students to experience and learn about Europe. These two complementary endeavours meaning US and European? draw on the lessons from the 1990s and should contribute to secure funding for the transitional process in the region in the coming years.

The lessons from the past have also been learned by the EU, as demonstrated by the launching in April 2008 of the Civil Society Facility, a funding scheme that should be accessible to small NGOs in the Western Balkans.

While foundations focus on policy initiatives and good governance in the Balkans in order to meet EU priorities, the EU, by far the largest donor in the region, now recognizes the role of civil society in the European integration process. This is the result of intensive lobbying from the sector, but it is also a recognition of the efforts of private funders. European institutions, sceptical in the past of the motivations and usefulness of foundations, are coming to view them not only as small but influential players but also as credible interlocutors and potential partners.