Two sides of one medal? 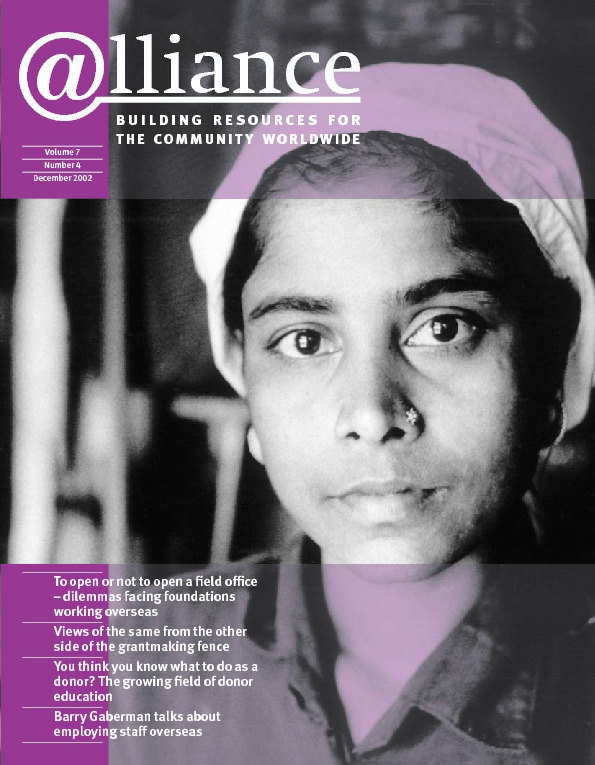 New approaches to governance in CEE

‘Has the focus on democracy and civil society ignored the challenge of poverty?’ This was the question posed at the opening plenary at the recent Grantmakers East Group (GEG)[1] meeting in Moscow. Interestingly, both speakers at the opening plenary seemed to feel the dichotomy was a false one – as did others later in the conference. They are what Russians call ‘two sides of one medal’, said Elena Topoleva of the Agency for Social Information. ‘Without an active citizenry, the increasing wealth of the country will not reduce poverty.’

Introducing the opening session, Craig Kennedy of the German Marshall Fund urged GEG delegates to be self-critical. During the 1990s, he said, funders became ‘very self-congratulatory’. There was always new money available; in CEE/NIS countries the ‘philanthropic enterprise’ was so new that conferences were rarely critical. The aim of this meeting was to look critically at what public and private funders have done over the last ten years. His remarks set the tone for the rest of the conference.