UBS Forum showcases world of philanthropy for its clients

The UBS 10th Global Philanthropy Forum, held in St Moritz at the end of  November, was an outstanding conference, bringing together 120 UBS clients from 35 countries plus 70 speakers and panellists. ‘It’s an extraordinary environment,’ said Dr Mitchell Besser, founder of mothers2mothers. ‘To be isolated and able to focus for two days on the big issues we’re facing and the best ways to address them.’ ‘Phenomenal,’ said Bill Spire, who has been running his family foundations for the last 13 years, ‘a great opportunity to meet different people and discover how their foundations work and form some potential long-term partnerships.’

Peruvian social entrepreneur Albina Ruiz, whose Ciudad Saludable brings together communities to improve the lives of waste pickers, emphasized the quality of the speakers and the attentiveness of the UBS team. ‘I feel very well treated, welcomed,’ she told me. Ninie Wang, who has spent the last 12 years building Pinetree Senior Care Services, a network of professional home care givers, now serving 80,000 seniors in Beijing and Shanghai, described the sessions as ‘extremely nutritious’, the keynote speakers as ‘passionate and inspiring’, and the networking opportunities as ‘wonderful’.

For me there are three main reasons why this was such a good conference: the extraordinarily high calibre of the keynote speakers – with former prime minister of Norway Gro Harlem Brundtland, Nobel Laureate Muhammad Yunus and Wendy Kopp, founder of Teach For All setting out the environmental, economic and human challenges in the opening plenary; the high level of engagement of the participants; and UBS’s careful planning – as a moderator of one breakout session, I can testify to the extremely thorough briefing I received! Spectacular views of mountains covered with freshly fallen snow were the perfect finishing touch – UBS really had thought of everything!

The wonderful venue in the Swiss Alps does of course raise questions in itself. ‘It provokes all kinds of thinking,’ said singer-songwriter, activist and philanthropist Annie Lennox. ‘We’re in a very luxurious place, which is absolutely lovely to come to, but for me personally it highlights the disparities that exist in the world. Philanthropists are wealthy people; they lead very luxurious lives. I’m heartened by the fact that people who have access to tremendous wealth are not all just cutting off and living in their own bubble, that they could possibly be stimulated into becoming agents of change.’

She particularly liked the way Muhammad Yunus ‘flipped it around’. (He was making the case for ‘social businesses’, problem-solving companies that cover their costs but don’t generate dividends – ‘any business can be a social business and it can change the whole world,’ he claimed.) ‘He was saying “I’m a banker for the poor”,’ Lennox continued. ‘Mostly those who use banks are people with some resources, and he was talking to a room full of people with tremendous resources.’ She was also grateful to be there and able to bring up the issue she and her husband Mitch Besser were representing, ‘an issue we don’t always have an easy platform for’: HIV/AIDS in Africa and how it affects women and children, described by Nelson Mandela as a form of ‘genocide’.

But it’s not all about the money, though it is very important – ‘we need it as the fuel to drive the car,’ said Lennox. ‘At the same time people’s ideas, their connections, the kinds of actions they could take are also hugely important.’ For Ninie Wang, the ideas and inspiration were the main thing. She wasn’t really hoping to find new investors. ‘My primary goal was to come and learn from all these people with great minds and brilliant ideas and great experiences in doing things right and helping to make the world a better place.’

Measuring the success of the Forum? 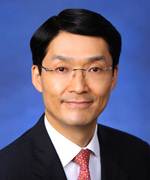 Chi-Won Yoon of UBS Asia Pacific, Hong Kong set out some clear benchmarks for success in his opening remarks. ‘If over the next few days we sow the seeds for one new philanthropic idea, one new sustainable investment and one new partnership, we will have done our job.’ Judging from the comments I heard, the job was done.

I spoke to Ninie Wang on the second day of the Forum, and she seemed to have spent much of the previous night emailing her colleagues to share her experiences. In particular, Muhammad Yunus’s speech inspired ‘very different ideas about how we could change the incentive framework in my organization, so people can share whatever values we create together’.

Bill Spire, too, felt his work would be changed by the Forum. He has been doing business internationally for years, he said, and feels this is the future for philanthropy too. ‘I think we’ll be 100 per cent focused now on a more international approach in everything from investment to philanthropy … Having two relatively small children, I know the world they’re going to be living in, and hopefully the philanthropy they’re going to be doing, will have to be globally focused so I might as well start setting the tone now.’

Albina Ruiz had met potential new investors. ‘During these days we don’t decide anything,’ she explained. ‘We open the doors, and after this we follow up, exchange materials, etc.’ She was also hugely impressed by the event itself. ‘When organizing national and international events, we need to print on all the team this focus on quality.’

Annie Lennox was not about to make any concrete changes to the way she works for one simple reason: ‘I pretty much follow the path I’ve been taking for the last decade. I try to follow one guideline, which is “stay with the issue”, because it gets confusing for people if one moment I’m talking about cancer and then I’m talking about something else.’

For Mitch Besser, one thing he would take away was ‘the notion of how important it is to see ourselves as part of a collective. While we lead individual lives, we need to take care of the world we live in and see ourselves as responsible for it.’ Here he was referring to the keynote speech by moral philosopher Clemens Sedmak, who argued for coexistence in a 20-minute virtuoso performance. If coexistence doesn’t flourish, societies perish, he said. The tragedy of the commons is that everyone protects their own interests and in the end the commons collapses. This is allowed to happen because the rich and powerful can protect themselves until it is too late. ‘The tragedy of the commons is killing our planet,’ he said.

Another key message for Besser was the need to address the issues around environmental resources immediately. This was the core of Gro Harlem Brundtland’s message, reiterated by the Oak Foundation’s Kristian Parker: ‘we need change in the next ten years. We can’t expect the next generation to solve the problem.’ Parker stressed that philanthropy can advocate for change. For him the priority is reducing carbon emissions. ‘There’s five times as much fossil fuel as we can afford to burn, so why are we subsidizing it?’ he asked.

A global X-perience?
For me the one jarring note in the two days was the Global X-perience, a workshop that claims to ‘allow participants to walk in the shoes of those who battle global need’. ‘I was bemused by the idea,’ said Annie Lennox. ‘If you want to find out about poverty, and you have the means to go to a developing country, go and see what it’s like for yourself. Poverty is not an abstraction; it’s not a universe that exists on another planet.’

But I came across several people who had found it a powerful experience, so thought I’d better try it for myself. The main activity was making paper bags out of newspaper and flour-and-water paste. If you can persuade the shopkeeper to give you a reasonable price for your bags, the proceeds go to paying for food, rent and other necessities, but nothing is guaranteed. Personally, I didn’t feel it added anything to what I already knew, and felt, about poverty. No one who is not really poor, whether the enormously rich or the comfortably secure, can understand what it feels like, but for me visiting a developing country yourself, or even hearing the testimony of people speaking for themselves in a good TV documentary, speaks far more.

What’s in it for UBS?
Why does UBS invest so much, both money and staff effort, in its annual forums? According to Juerg Zeltner, CEO of UBS Wealth Management, philanthropy advice is a ‘natural development’ for a bank that ‘has the privilege of taking care of millionaires and billionaires around the world’; it’s part of their fiduciary responsibility. ‘Every conversation with every client should cover the topic of philanthropy.’ This is where the forums fit in. ‘We created this forum as a platform to profile ourselves,’ Zeltner explained. ‘I think I have a personal and corporate mandate to give these clients access to philanthropic ideas and opportunities – that’s why we make it such a big thing.’

How does a non-financial bottom line work for the bank, which is after all a business? The short answer is that it works because it isn’t in the end non-financial. ‘If you can differentiate yourself by including the philanthropic angle when talking about money, people will like that, and very naturally they will give you access to more of their own money … I clearly see this as a business opportunity, even if you can’t link it one on one. The non-financial return will feed into the financial bottom line.’

Banks also have a credibility problem. ‘Banks have never been liked but they were respected,’ said Zeltner. ‘We lost that through the crisis because of all the mistakes we made … I see philanthropy as an instrument for us to reposition ourselves with the public, to rebuild our reputation.’ The world has a problem with wealth distribution and how the wealth is used, and banks can help with that, he said.

Many might find it hard to swallow the idea that the philanthropic activities of UBS’s millionaire and billionaire clients amount to a serious redistribution effort, but UBS undeniably wants to get the philanthropy bit right and is willing to devote considerable resources to it.