Banking on values in a changed world

As initially explosive and profoundly felt as the financial crisis has been, its most fundamental effects could still be to come, if we take the opportunity it presents to reinvent the financial system. We have a unique chance to replace an approach that puts profits before all else with one that maximizes sustainability, and a new coalition of successful sustainable banks is trying to do just that.

In March, the new group, ranging from BRAC Bank, which works with underserved organizations and individuals in Bangladesh, to ShoreBank, a Chicago-based community development bank, and Triodos, a European bank with offices in five countries, created the Global Alliance for Banking on Values. While the Global Alliance has not come into existence as a response to the financial crisis, its timing is important, because the need for a sustainable alternative to the current system is urgent. And not simply to address financial issues: we now have a unique opportunity to engage with social and environmental issues, left out in the cold by a system that has had such a singular focus on profit.

Of course, profit has its place, not least as an indication of an institution that is well run and has the capacity to grow. But for the members of the Global Alliance for Banking on Values it is a means to an end, not an end in itself. For them, profit sits alongside, and is closely integrated with, the needs of people and the environment. This sustainable mix has made all the difference in unprecedented economic times.

Profitable and growing, Global Alliance members have assets that exceed $10 billion and serve more than 7 million customers in 20 countries. The economic crisis touches us all in some way, but for Global Alliance members it has had a limited impact. Indeed, for some it has served as a catalyst for rapid growth in customers and profits. When it was unfashionable to do so, they stuck to simple, core banking services, an approach whose benefits are becoming increasingly apparent. 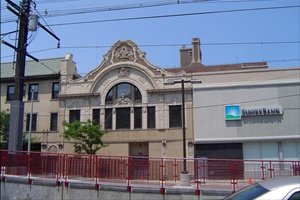 These banks are not small, subsidized players serving niche sectors that can afford the ‘luxury’ of a social and green agenda. While individually they do not compare in scale to their colossal mainstream contemporaries, many of whom have been hit so hard by the crisis, collectively they represent a significant constituency and have a powerful voice. The minimum requirement for membership is a balance sheet of $100 million, with a retail offering that serves a large number of customers and a genuine commitment to social or environmental change. Crucially, this balance of social, environmental and financial concerns must be embedded within the organization, not sit on its periphery.

Together the members of the Global Alliance for Banking on Values believe there is no one answer to the global financial crisis. There are many. But together, and acting on an international stage, they may hold some of them, precisely because these are banks that have successfully weathered the financial storm and who have a radically different approach to the banking system itself. The new partnership plans to develop new ways of working, build organizations better suited to long-term sustainable thinking, and new forms of ownership and economic cooperation. Given the financial crisis, and its profound and lasting influence, the timing could hardly be better.

To make these ambitions a reality, the Global Alliance intends to identify and promote a new banking model using the unique experience of its members. Exactly what form this takes has yet to be decided, but we share a vision of a new approach emerging from the wreckage of the financial crisis. If the lessons are genuinely learned, this new model will have a number of characteristics that may restore the public’s faith in the banking system. It could include a better focus on unserved and underserved people and sectors; a simple but authentic commitment to transparency; and a focus on long-term relationships rather than short-term transactions.

A role for philanthropy

For philanthropic individuals and foundations, this new approach represents an extraordinary opportunity, and an urgent challenge. Bruised by the financial crisis, mainstream banks are focused on short-term, low-risk finance. They are increasingly reluctant to lend and invest beyond the sort of established businesses they know well. As a result, less familiar enterprises that are at the heart of the new economy are finding it difficult to find the capital they need. Philanthropic individuals and foundations have a crucial role to play here, working in partnership with banks like those in the Global Alliance for Banking on Values to provide the kind of capital such enterprises need. These needs will vary, from grants for activity at the fringes of their core commercial work to address a particular social need where lending is not appropriate, for instance, to more mainstream finance as part of their conventional activity, and the blended capital in between.

As well as investing directly in some of these banks, foundations, in particular, can deepen the links between their assets and the causes they support. Through mission connected investment, there is an opportunity to reallocate assets to more mature businesses that are already ‘greening’ the economy. Again, values-led banks can be experienced partners in this work.

If and when these changes come, we can look forward to a future free from the short-lived thrill of unsustainable growth and the shock of the downturn that inevitably follows it.

Peter Blom is CEO, Triodos Bank Group, and chair of the Global Alliance for Banking on Values. Email Peter.Blom@triodos.nl

Global Alliance for Banking on Values

Challenging the way the world does business

Protestors who take to the streets when the IMF, World Trade Organization or G8 come to town are not necessarily calling for an end to globalization but for a reorientation of what it means, claims a new book, The Anti-Globalization Breakfast Club. They are calling for fairer redistribution of the fruits of globalization and a reduction of its harmful economic, social and environmental side-effects. Moreover, alternatives are rapidly developing to the increasingly discredited policies of the IMF and World Bank. These include microfinance; the concept of gross domestic happiness adopted by Bhutan in preference to gross domestic product; and China’s hybrid approach to economic transformation by combining the market with a planned economy. Starting with a chapter entitled ‘The Washington Consensus Goes Bust’, the book examines some of these alternatives, as well as the emergence of the global justice movement and the threat that the current economically obsessed paradigm poses to the environment.