WINGS Forum 2020: Focus not only on sharing generosity, but sharing power

The disaster relief work we have done following the April 2015 earthquake in Nepal has convinced Tewa and its sister organization Nagarik Aawaz (NA) of the value of altruism in philanthropy. When all is lost, funding is needed but without love and care, the trauma is less likely to be healed. We learned that this work, as Shakespeare’s Portia remarks in The Merchant of Venice, ‘is twice blest’. It benefits both the giver and receiver. 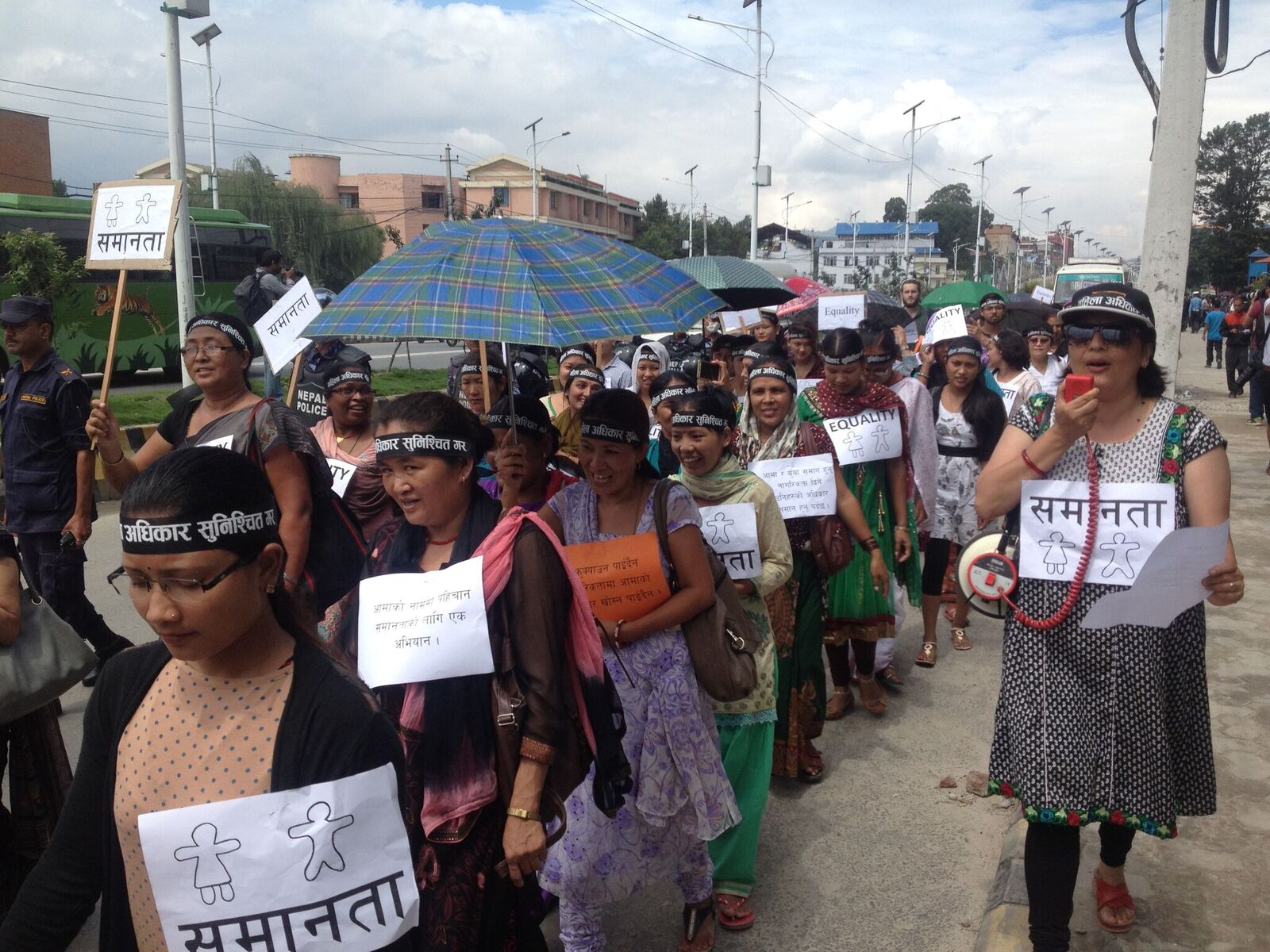 Marchers for gender equality in a campaign launched by Tewa as the Nepalese constitution was being debated.

Tewa joined hands with NA for the disaster response work because it meant that the money was pooled. Both organizations worked beyond their capabilities by calling on volunteers, in Tewa’s case, and youth ‘peace ambassadors’ in that of NA. Between them, they mobilized over 250 people who undertook four or five outreaches a day into the affected rural areas in the first six weeks following the earthquake.

Not only did our women and communities find it easier to regain some level of normality, but the volunteers reported a great change in themselves – of feeling fulfillment and finding new meaning in their lives.

As a pilot initiative, Tewa’s volunteers continue working to shadow women’s groups and women in the affected districts. This has entailed cleaning rubble, rebuilding, farming, essential housework, and the care of children, elderly, and the ailing. And the double blessing? Not only did our women and communities find it easier to regain some level of normality, but the volunteers reported a great change in themselves – of feeling fulfillment and finding new meaning in their lives.

The most inspiring aspect of doing this work was that everywhere Tewa/NA went during their outreach, the hospitality of the affected community was undiminished. When asked if they would contribute a small part of the money they received to a disaster relief fund, the answer was a resounding yes! From then on, we made philanthropy in disaster a part of our outreach.  Those affected taught us that despite the shock and dislocation they had undergone, altruism remains their core value. When they give, they don’t just build community assets and trust, they also feel true happiness.

This article is a case study from Hilary Gilbert‘s article on durable development.