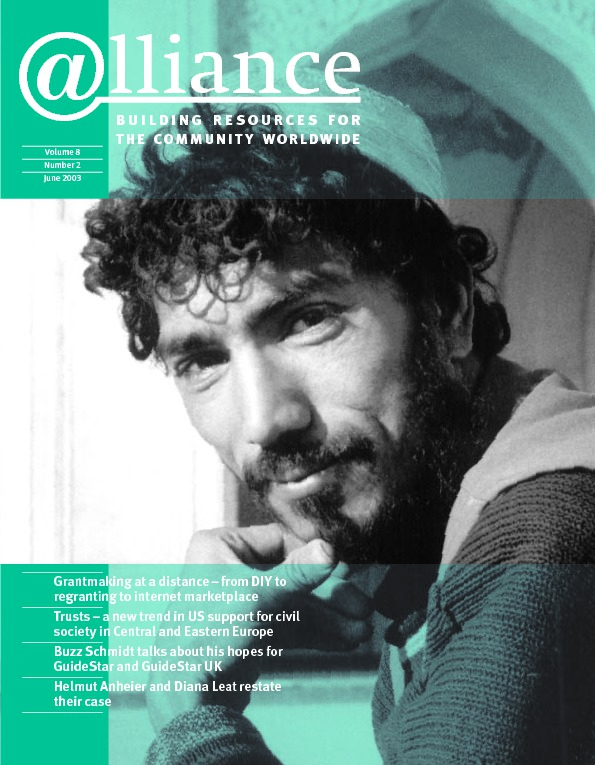 Council on Foundations – Different responses to disaster in Myanmar and China

ADB to increase capital to assist developing nations during crisis

According to the second Philippines Progress Report on the Millennium Development Goals, only a third of the Philippine population now remains below the poverty threshold. The number is still large, but in 1990 almost half (45.3 per cent) of Filipinos were living below the poverty line.

The progress already made suggests a strong probability of reaching the target of decreasing poverty to 22.65 per cent of the population by 2015. Overall, the report gives a ‘high probability’ rating that 12 out of 17 targets will be reached by the 2015 deadline. This is not a cause for jubilation just yet, however.

Despite the figures, there is a feeling – and a growing resentment – among Filipinos that times have become harder. A recent local survey (second quarter of 2005) says that economic conditions for the poor continue to be harsh, with 57 per cent of households considering themselves as poor and 12 per cent revealing that they experience hunger at least once every three months.

This bears out what other indicators tell us. The increasingly volatile political situation, combined with unabated population growth and the rising costs of gasoline and many daily commodities, suggests to many that the idea of attaining the MDG targets may be wishful thinking. The call to action among various sectors to coordinate their efforts to achieve the MDGs has thus become more pronounced in the last year – especially from the private sector.

Recognizing that poverty does not afflict only the poor, but condemns the whole nation to backwardness and underdevelopment, Philippine Business for Social Progress (PBSP) continues to put poverty alleviation at the top of its agenda. This corporate-led social development foundation now has more than 195 member companies. Since its beginning in 1970, it has been implementing various corporate social responsibility (CSR) programmes. These address the problem of poverty by providing income-earning opportunities in urban and rural poor households, increasing access to quality basic education and health services, and protection of the environment.

In April 2003, the Prince of Wales International Business Leaders Forum (IBLF) and the United Nations Development Program (UNDP) gathered business leaders and development organizations worldwide to discuss the strategic role of business in eliminating poverty. The private sector was encouraged to go beyond the traditional mode of contributing to poverty alleviation and to seek ‘beyond giving’ strategies to realize the full potential of its contribution.

As a pilot initiative, leading models of collective business action were identified: the Ethos Insitute in Brazil, the National Business Initiative in South Africa, and PBSP in the Philippines were given the challenge of initiating business sector involvement to attain the MDGs in their respective countries.

At a series of square-table discussions[1] organized by PBSP Center for Corporate Citizenship (CCC), four critical sectors were brought together, namely government, civil society, funding agencies such as the Asian Development Bank and the World Bank, and the business community. Their aim was to assess the modest accomplishments so far, to identify factors that hinder attainment of the MDGs, and finally to identify concrete opportunities for business involvement. As a result, PBSP organized the Business and MDG Advisory Committee and Core Team, composed of respected Filipino business leaders, with Pedro Roxas, Chairman of CADP Group Corporation and PBSP Trustee, as Lead Convenor.

As part of the awareness-building campaign, a book entitled Responding to the Millennium Development Challenge: A roadmap for business was published with funding support from the UN. Using the Business Framework for Action developed by IBLF, the book argues that the private sector can participate based on its sphere of influence[2] on three levels: core business, social investment and policy advocacy.

In order to focus efforts, the targets were also divided into four major clusters, namely, Business and Poverty, Education, Health, and Environment. Within each cluster, a CEO from a PBSP member company was designated as a CEO Champion, with responsibility for pushing the agenda forward as well as identifying and ‘marketing’ concrete programmes that companies can adopt that would contribute to attainment of the MDGs. (CEOs play a crucial role in getting things started because they lend their credibility to the whole initiative.)

One obvious way in which business can help meet Goal 1 is through creation of jobs. (The Philippines has set a target of halving the proportion of families below the subsistence threshold from 20.4 per cent of total families to 10.5 per cent, and halving the proportion of malnourished children from 9.8 per cent to 4.9 per cent.) The Business and Poverty cluster recommends that, as part of their core business, companies should intensify efforts to directly and indirectly provide more employment opportunities. It also suggests that businesses can support the growth of micro-, small and medium enterprises in their supply chain or use Bottom of the Pyramid (BOP) approaches to help increase revenue among microentrepreneurs. A good example is provided by SMART Telecommunications, the country’s largest wireless phone provider, which has made it possible for ordinary Filipinos to earn income by selling pre-paid mobile phone airtime. As a result, a housewife, a local retail storeowner or even a laundry woman can earn additional income with an initial investment of $10.

Second, companies can use profits, employee competencies and expertise, products and advertising to support and promote a social agenda. Companies are encouraged to support existing programmes such as funding the construction of a school or a reading programme. The idea is not to reinvent the wheel but to work with existing NGOs, corporate foundations and local partners and adopt programmes that work in the areas of poverty reduction, health, education and the environment. As part of the menu of options recommended, the Business and Education cluster is encouraging businesses to support the Synergeia Reading Program, a reading proficiency programme that addresses very poor reading skills in public elementary schools.

Lastly, the private sector is challenged to influence key policy issues and lead the discourse on MDG-related issues. The bigger the company, the greater is its influence and corresponding responsibility to the community and to the country.

The Business and Health cluster is headed by Edgardo Chua of Shell Companies in the Philippines. He believes that programmes on health in the workplace and the community will help lessen mortality and morbidity due to diseases such as tuberculosis and malaria. The programme being recommended to companies for adoption and implementation is on Responsible Parenthood. This aims to lower the rates of child and maternal mortality as well as addressing concerns about the growing population. The Philippines has set itself targets (corresponding to Goals 4 and 5) of reducing the under-5 mortality rate from 80 to 26.7 per 1,000 children, and reducing maternal mortality from 290 to 52.2 per 100,000 live births. The objective here is to advocate among the private sector to implement a reproductive health programme despite opposition from the Church.

According to Manuel V Pangilinan, PBSP Chair, ‘We are aligning the objectives and programmes of PBSP in relation to both the overarching theme and objectives set under the Millennium Development Goals and the Philippine Government’s 10-point programme. Both are quite frankly strategic but ambitious in scope … that’s why we’ve got to focus on specific targets.’

As a result, PBSP has recently reviewed its own operations and strategies and deliberately adopted the MDGs as the cornerstone of its programmes. It has pledged 3.2 billion pesos in the next five years to help achieve the country’s MDG targets. Of this, 1.13 billion pesos will be allocated for poverty reduction, 1.12 billion will be for small and medium enterprise development, 0.83 billion for basic education and 0.12 billion for water and health projects.

But there is still a need to increase awareness and generate support from a wider business community. Parallel to PBSP’s move to adopt the MDGs as the core of its own strategic direction has been an effort to reach out to more CEOs, since there is a continuing need for financial support both for PBSP’s own MDGs programme and for attainment of the MDGs in general. To date, the campaign has only reached companies based in Metro Manila.

Much more has yet to be done. But for now the initial efforts of PBSP and the UN should begin to translate into concrete support for programmes that are aligned with the MDG targets – a significant step towards making those targets real possibilities instead of wishful thinking.

1 ie discussions involving four parties, like the four corners of a table.

Ruth G Honculada is Manager of the Foundation Affairs Unit of Philippine Business for Social Progress. She can be contacted at rghonculada@pbsp.org.ph