Dancing is part of the revolution!

‘If I can’t dance I don’t want to be part of your revolution.’

Those of us who work, teach, present, support or participate in art and culture are often asked: why should art be supported when there are so many critical global challenges to address? When our social systems are crumbling, when millions of people are displaced or live in poverty, when conflict rages, when disease devastates the lives of millions, when the very future of the sustainability of the planet is called into question? The answer lies not in placing art and culture in a balance with the urgent questions of our times, but in recognizing that it is truly an integral ingredient of the solution. Taking the words attributed to Emma Goldman further, I believe that without dancing, without arts and culture, there will be no revolution.

European Cultural Foundation (ECF) has a political mission. For 60 years, we have been supporting people, organizations and ideas because the founders were convinced that, in addition to coal and steel, Europe, in the words of Robert Schuman, ‘needs a soul’. Without a soul, in good and in difficult times, the future looks very bleak indeed. Art and culture is essential for building open, democratic and inclusive societies.

While there are many areas in which art and culture contributes to this and as many different ways for foundations to lend their support, I will highlight three: 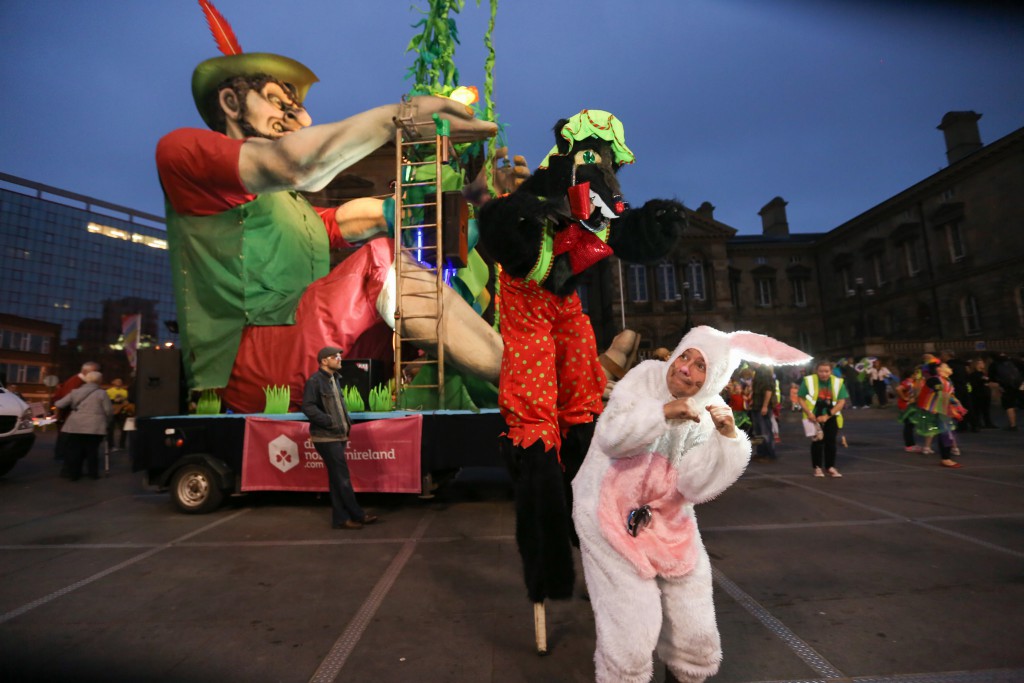 Community change-making
Art and culture has an integral role to play in change processes. Artists themselves do not shy away from working in difficult situations, from contributing to change. Resilient communities are better able to weather times of crisis. Arts and culture is not the answer, but the power of culture is evident in the flourishing of imagination, creative thought and unexpected ideas that can result from cross-sectoral partnerships and from embracing ‘common cause agendas’.

Change begins with people. Ideas flourish at a local level and then scale up and out. Connecting local change-making ideas and providing platforms for the exchange of knowledge and experience is vital to realize the potential to scale and to link to policymaking agendas. It is important to foster these spaces of exchange. Many ideas can be found on ECF’s Idea Lab – such as fostering citizen journalism in far-flung towns across Turkey, developing broadband hubs in Greece’s rural communities, or urban gardening to transform public space in Portugal. Other examples can be found in the re.think initiative of Mission, Models and Money (UK), whose website states:

‘To make the leap to a liveable world, we need to find ways of activating and strengthening the kinds of values that will help us create more sustainable ways of living … engaging with art and culture can help us do this.’

Or in Citte del Arte’s (Bielle, Italy) Geographies of Change:

‘Geographies of Change draws a new geography of places … It is a geography of physical places, but it is also a cultural one, a network of networks, of practices from all different fields and disciplines.’

Beyond the urgency of a crisis, support needs to be both punctual and long term. For a number of years ECF has worked in partnership with MitOst (Berlin) on the Tandem Exchange Programme. Tandem is a process-based concept that supports long-term, inter-local cooperation, peer learning and networking opportunities between cultural managers whose organizations are engaged in cross-sectoral change-making endeavours in their communities. In 2014, the Tandem process was embraced by the German Ministry of Foreign Affairs, who invested in a timely Tandem Ukraine stream called ‘Dialogue for Change’. This is based on the belief that, especially in times of crisis and transition, working together on tangible inter-local collaborations not only promotes dialogue, but also allows for the development of new forms of civic engagement, supporting a process of social transformation.

One of the 12 EU–Ukraine Tandems includes a collaboration between the Beat Carnival community charity and social enterprise from Belfast and the cultural factory Izolyatsia, whose team was expelled from their premises in Donetsk when armed conflict erupted in Eastern Ukraine. Their Tandem exchange will build on both organizations’ experiences of dealing with the long-term effects of historical and ongoing conflict in divided communities. By realizing a public carnival parade in the former front-line city of Sloviansk, their project will explore visual symbols as an expression of local identity that can provoke and separate but also unite communities towards overcoming fears of ‘the other’.

All of the hundreds of Tandem experiences across Europe, the southern Mediterranean, Ukraine, Turkey and Moldova are traced on the ECF website.

Another important collection of change-making through art and culture can be found on the Arab Fund for Arts and Culture website, which tells the personal stories of artists working in Syrian refugee camps and circus performers working with children in Palestine. It is incumbent upon funders to bring these experiences to a wider public since they attest to the power of art and culture in the change-making process.

A film, a theatre piece or a visual art work has the power to engage, inspire and communicate, and to challenge us to confront, individually and collectively, the social, environmental and human rights injustices in our society.

Safe havens
Cultural organizations are safe havens in difficult and dangerous situations. They create safe open spaces for citizen participation and it is to them that the community turns when it is in turmoil. As a result of their openness and their commitment to the future of the community, they can help communities to heal. In Cairo we see this in a local partner such as Al Mawred Al Thaqafy, or in the spaces across Turkey that hosted the community meetings after the Gezi Park confrontations, or in the Visual Culture Research Centre (VCRC) in Kiev. In March 2015, ECF will award VCRC the Princess Margriet Award. As a platform for collaboration between academics, artists and activists, the centre has shaped an interdisciplinary environment that makes an immensely important contribution to cultural debate in Ukraine’s post-Soviet condition, in terms of art, knowledge and politics. VCRC reconfigures the cultural political debate beyond the antagonism of polarized political stances.

Artistic voice and activism
The media often shows us the artist or celebrity as spokesperson or campaigner – adding that star quality to campaigns. What we do not often see are the artists on the front line, tirelessly working on the ground as activists for change. To quote Teo Celakoski, an ECF Princess Margriet Award laureate from 2014, he and his colleagues set out to ‘… connect with other value-based initiatives outside of the cultural sector to raise awareness of citizens and the capacity for confrontation’; at the same time they aim to work with public authorities, moving beyond activism. ‘We aim for a civil-public partnership, a public institution with a governance model based on participative management.’

Through public and political advocacy, foundations must continue to raise the profile of the people and the work we support, stepping outside the specific cultural policy arena and broadening the spread of the message.

In 2013, the ZKM (Centre for Art and Media) in Karlsruhe curated experiences of global activism into a group exhibition called aCtIVISm.

‘By means of objects, photographic, cinematographic, videographic and mass medial documents, the exhibition presents global activism as the first novel art form of the 21st century.’

A true valuation of the contribution of art and culture to social justice and community change must also take into account the incredible impact of single artistic voices or specific works of art. A film, a theatre piece or a visual art work has the power to engage, inspire and communicate, and to challenge us to confront, individually and collectively, the social, environmental and human rights injustices in our society.

One only needs to think of the impact on people, politicians and the market of the film The End of the Line, as attested by the in-depth evaluation made by the BRITDOC Foundation, supported by Esmée Fairbairn Foundation.[1] Artists are citizens and community leaders and bringing their perspective to the issues that challenge us will take us a long way towards finding and sharing solutions.

In short, art and culture, through process and product, contributes to change-making in many ways. Foundations can and should engage with art and culture on every level – supporting processes as well as looking at ‘products’. We should build on our flexibility and our independence to be able to respond to crisis situations and ensure that the artists and cultural organizations that contribute so fully to their communities in these times of crisis are supported. At the same time, through our interest in collaboration, we should work together to make the connections to support local initiatives to move to a wider scale.