The cover photo of a butterfly poised for flight represents the so-called ‘butterfly effect’, the idea that seemingly trivial events can have a great impact on complex adaptive systems. The tiny movement of air from the flapping of a butterfly’s wing, for instance, might somehow contribute to the emergence of a tornado. For scientists, the butterfly effect illustrates the idea that sometimes a tiny force – even far away or long ago – can ultimately have a surprising impact on a large system. 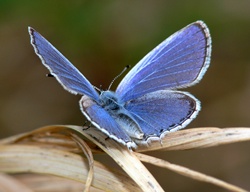 Because I’m deeply interested in cause and effect in philanthropy, I’m fascinated with the butterfly effect in social change – even with all its ambiguity. I often wonder who was behind the major events of human history. Not obviously and immediately, but three or four steps behind, especially the indirect and obscure role of philanthropy in seeding unexplained social change.

For example, I was surprised to learn recently that in the 1950s my friend and colleague Cora Weiss, of the Samuel Ruben Foundation, had an unsuspecting hand in determining the course of a Kenyan student’s life. In 1959, Barack Obama Sr received a scholarship from the African American Students Foundation (AASF), whose executive director Cora then was, to attend the University of Hawaii. Would the United States have a black president today if the AASF had not provided that initial small grant to his father? Would most foundations today be able to predict the most unlikely ‘butterfly effect’ of one of their grants? Probably not, but unlikely things still happen.