Alliance will be changing to having a greater mix of columnists with the next issue so this will be my last piece under the old regime. Given that it is the last piece, it seems fitting that it be on the subject of the global infrastructure of civil society and philanthropy – in particular, the threat this infrastructure is facing. Helping build and support this infrastructure occupied much of my time while at the Ford Foundation.

The first three categories are essentially support organizations. Foremost among these are the membership associations of civil society and philanthropy. There are close to 100 of the former and 50 of the latter now around the world. In fact, in CIVICUS and in WINGS we even have what might be considered budding associations of associations. These associations have particular strength when it comes to convening the actors in the field, representing the field, and establishing codes of behaviour and best practices. As important as this is, few associations garner more than 50 per cent of their funding from dues and all must rely on subsidies to carry out the full range of their programming.

Beside the three types of support organization, as a field matures, it also develops centres devoted to teaching, research and data collection. There are over 40 such university-based centres in the US and an increasing number in Europe and other parts of the world. But these centres need not be university based. The Foundation Center and Guidestar in the US, as well as Guidestar International, are examples of non-university-based centres. 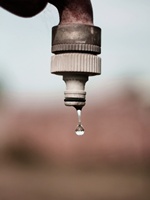 Taken together, these six categories of infrastructure make up the ‘plumbing’ of the field. The problem with plumbing is that it remains either invisible or unexciting given other opportunities. It becomes visible to us only when there’s a leak and major repair becomes necessary. It is much less compelling to most than investing in the critical substantive issues we face. While some infrastructure organizations earn significant amounts of revenue from the services they provide, most infrastructure organizations need to be subsidized. And this is where the global infrastructure of civil society and philanthropy so painstakingly and carefully built up over the past two decades is under threat.

There is enough blame to go around for this predicament. During the ‘go go’ years of the last decade of the 20th century, we created an ever-increasing number of new infrastructure organizations without regard to redundancy and sustainability. It seemed that every major funder wanted to start and support an infrastructure organization it could call its own. That began to unravel after 9/11, but it wasn’t until the current economic downturn that the depth of the threat became apparent.

Philanthropy, in general, is tightening its belt and the number of philanthropic organizations willing to fund infrastructure is dwindling. Among the larger funders, Mott must be feeling quite lonely these days. Self-taxation across the field would provide more than enough funds to support the infrastructure without being a burden to any single funder. But for self-taxation to work, the number of free riders has to be reduced. Then maybe we can fix the plumbing.