Philanthropy in a recession

Exposure to advertising is pervasive in most countries, with companies and other advertisers paying significant sums in the hope of influencing consumer decisions. In fact, there is little research that quantifies the effect of the ‘creative content’ of ads. Nor do we know much about how important ad content is relative to the product’s price.

The results of recent research in this area have implications for those in the microlending industry and also for other programmes that seek to influence purchasing decisions or programme participation through advertising and public messaging. At the same time, the study opened new questions about planning advertising strategies for future research.

To get a better understanding of how content affects the decision to buy a product or participate in a programme, researchers developed a field study[1] with a South African cash loan lender that varied both price (interest rate) and advertising content in the same setting.

The lender that participated in this study is a well-established player in the South African ‘cash loan’ market, which often promotes its product via print advertising. Cash lenders like this are common in both the US and South Africa, offering small, high-interest, short-term, uncollateralized loans to the working poor who might otherwise not have access to credit.

To test responses to advertising content, the lender worked with us to develop a menu of options that could be varied randomly in order to measure the impact of specific ad content on the decision to seek out a loan. We sent direct mail solicitations to approximately 53,000 former clients, offering them new loans at randomly varied interest rates with application deadlines that also varied randomly. In addition to varying price and deadlines, the mailers also varied the look of the ads and the language used. For example, some used a photo of a smiling person or referred to the interest rate as ‘special’ or ‘low’, some said that the staff spoke the local language, and others included a comparison with a competitor’s interest rate. 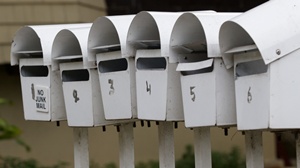 While the study produced some interesting results, we were less successful in predicting exactly what types of content would affect demand. Several features that we anticipated would be important to consumers – like mentioning that lender staff speak the local language and comparing the lender’s rates with those of a competitor – did not seem to affect their decisions. And one change that we did not think would have a strong impact on demand – removing suggested uses for the loan, a common feature of similar advertising – turned out to have a strong positive effect.

So while the results demonstrate the important contribution that ad content can make to decision outcomes, in some cases quite large relative to price, the fact that it is so difficult to predict exactly what will work, and when, supports an important principle: context matters. It also reinforces the need for companies as well as community-minded entities (such as social marketers) to do more field testing of lab results, so that more can be learned about exactly what works in different contexts.