Giving away money is hard work. Or at least it should be. Having spent 30 years leading businesses at JP Morgan Chase and Visa, I’ve picked up some habits that are hard to break in terms of looking for the best returns on capital invested.

In my role as founding chair of the END Fund, the capital in question is donated not by governments or from charities, but privately by smart philanthropists who also tend to share that view.

The END Fund’s mission is to end the five most prevalent neglected tropical diseases (NTDs), including parasitic worms that cause elephantiasis and bacterial infections that cause blinding trachoma. 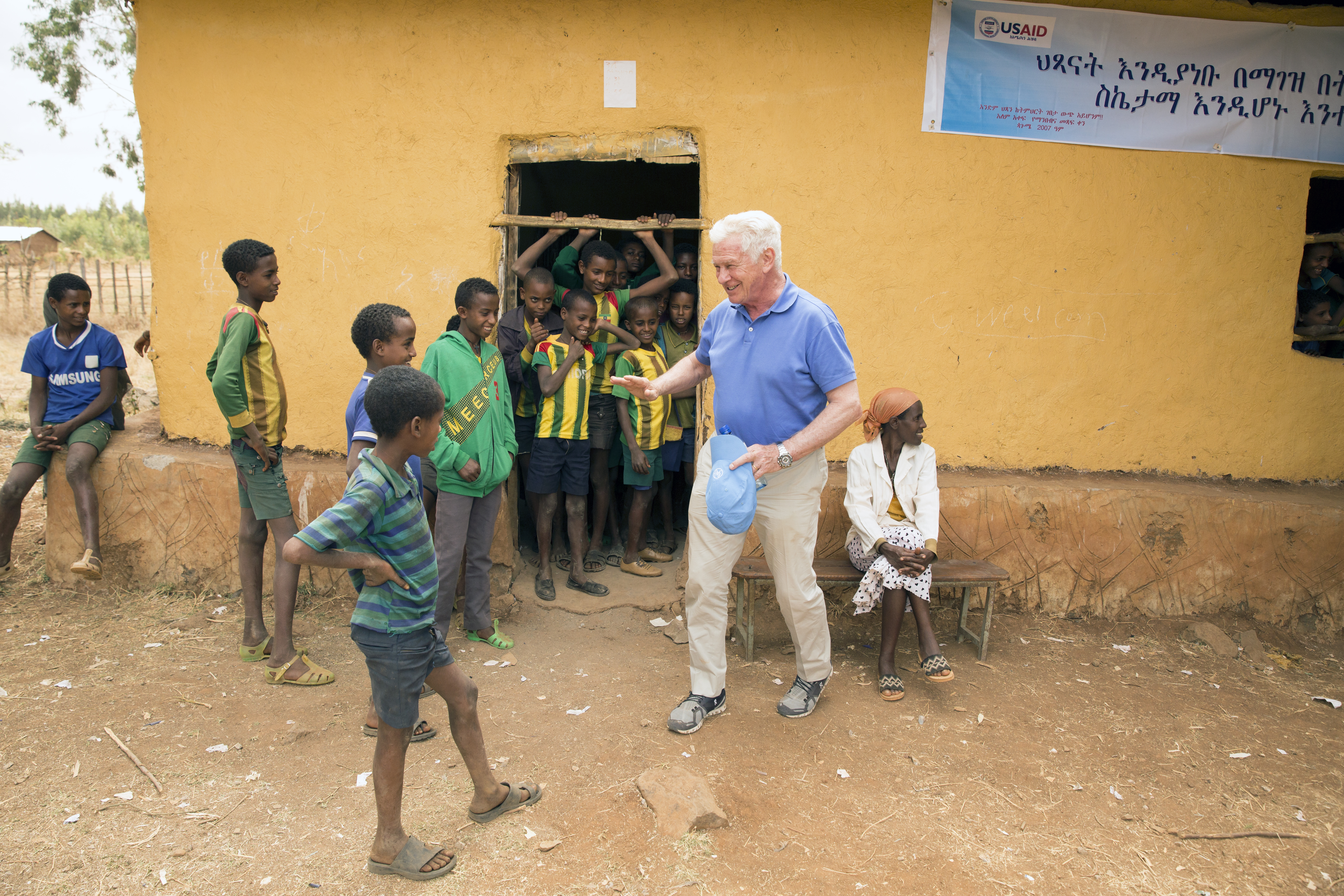 END Fund Board Chair Bill Campbell visits children at a primary school in Ethiopia during a deworming campaign in April 2016.

Experiencing the impact of our work first hand is the kind of return you can’t put a price on. I took my family to visit the END Fund’s programs in Kenya in 2012 and again in Ethiopia in 2016.

Our trip was part of our family foundation’s commitment to hands-on philanthropy, helping with the mass drug administrations that de-worm school age kids.

Getting these children treatment, which costs around 50 cents per person per year, not only drastically increases their quality of life, but also future opportunities for themselves, their families, and communities.

Private philanthropy enables capital to flow like water to where it is needed most, getting around any potential obstacles in its path.

Economies in sub-Saharan Africa stand to save US$52 billion by 2030 if the World Health Organization’s 2020 goals for NTDs are met. It doesn’t take a career in finance to see that’s good value for money. 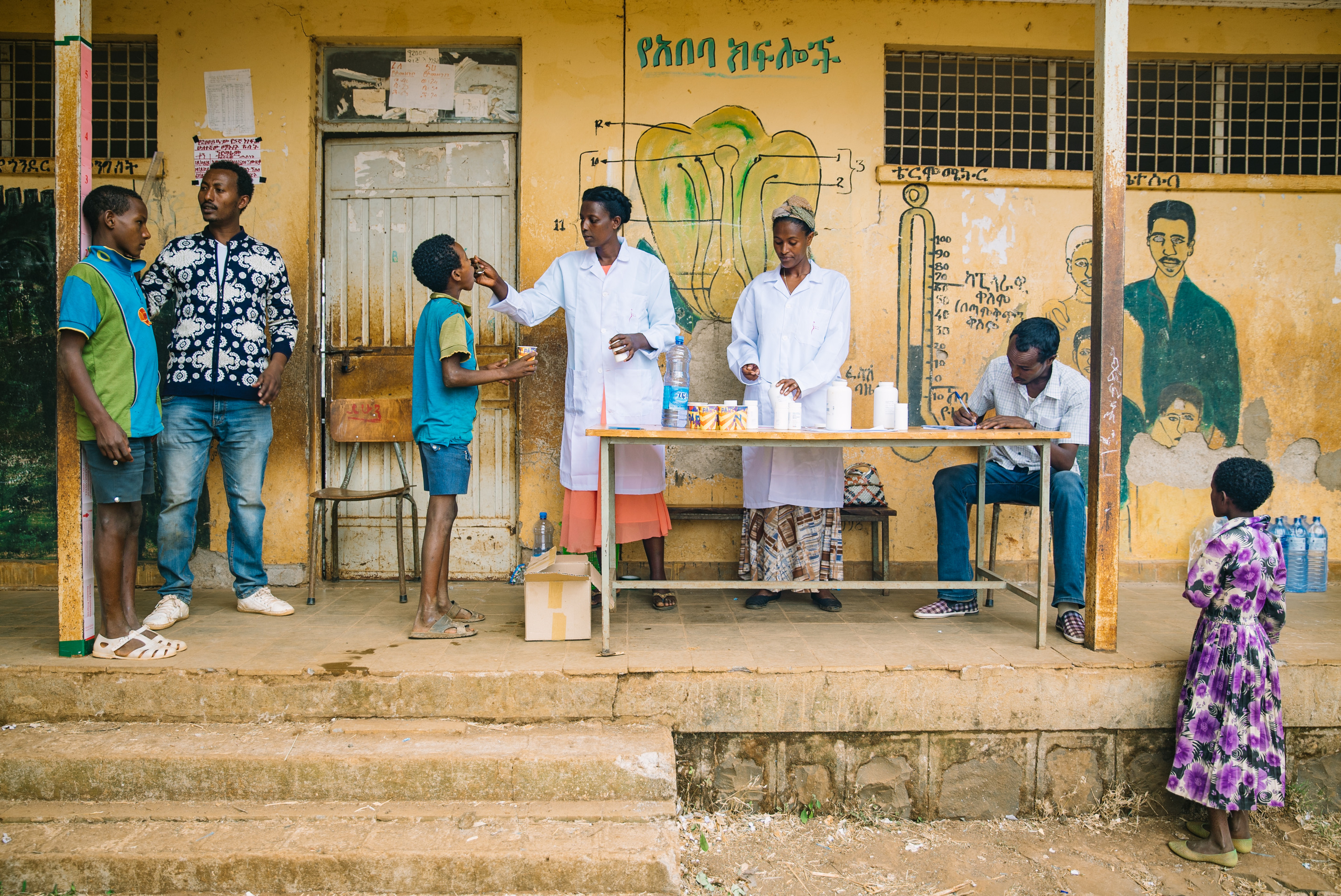 A school-based deworming program takes place at a primary school in Ethiopia.

In common with the private-sector, the END Fund can select the best in class partner in each area of operation, rewarding efficiency.

Like a financial investment fund, we measure results, benchmark against other providers of similar care to establish expected costs, and set out to demonstrate value for money.

It’s this rigor that won us “top-rated” status for our deworming programs from GiveWell, an organization that helps potential donors find the best bang for their buck.

Secondly, private philanthropic investors play an important part in advancing innovative new programs, which may lack proof-points needed by other types of funders.

Private philanthropy enables capital to flow like water to where it is needed most, getting around any potential obstacles in its path. 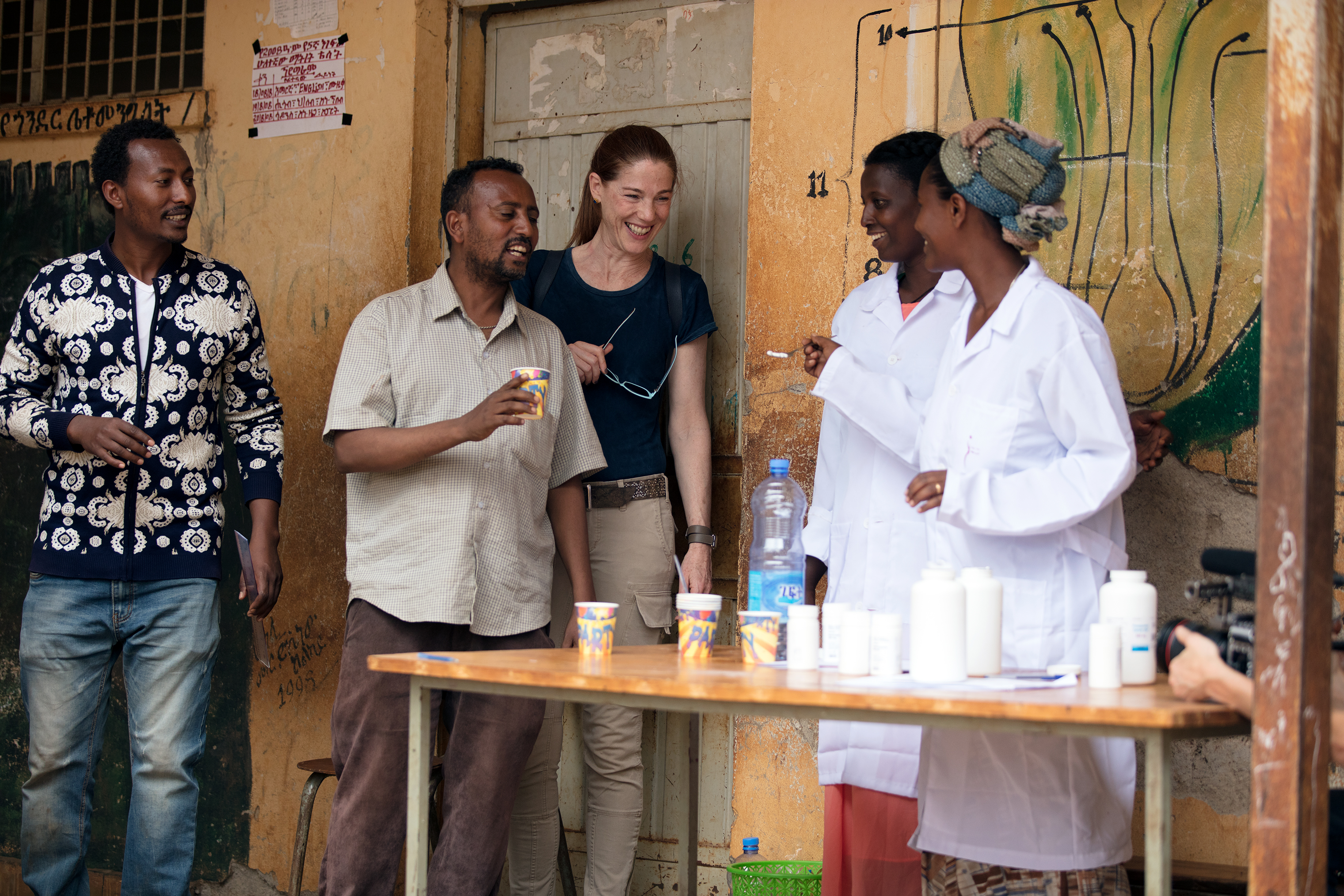 END Fund Board member Christine Wächter-Campbell at a mass drug administration at a primary school in Ethiopia in April 2016.

A case in point was Mali in 2012, when a large bilateral funder was obligated to freeze its investment in NTD control when a coup broke out. Ceasing support would have set the country back years in NTD control, putting millions of people across the country at risk of re-infection.

The END Fund was able to step up and accept the challenge of working in a conflict zone to support time sensitive NTD work (watch it here). In 2013, over 12 million individuals were treated for at least one NTD in Mali, a country with a population of just of 14 million people. This level of risk and ultimate reward would not have been possible for other less independent funding bodies to pursue.

I am proud and humbled by the contributions of private philanthropy in the progress the NTD community has made within the last five short years. Since the London Declaration in 2012, when 80 private and public global health partners came together to commit to providing the resources necessary to not only treat NTDs, but also to control and even eliminate certain diseases, we have seen collaboration on a huge scale.

Each of us has played our part and played to our respective strengths in pursuit of a common and now an achievable goal – the end of NTDs in our lifetimes. Now that’s what I call a great return on investment.

Bill Campbell is chair of the END Fund and a former Senior Adviser to JPMorgan Chase.