Oiling the springs of democracy

Moroccan civil society opens up to the world

Natural resources provide the greatest potential for financing development in some of the world’s poorest countries, far outweighing other sources of funding. In 2008, for example, the value of exports of oil and minerals for South and Central America, Africa and Asia was over 12 times the value of aid to those regions. These resources – if properly used – can help the countries in the Arab region make the transition from revolution to good governance.

Instead of contributing to development and prosperity, however, these natural resources often have the opposite effect – increasing poverty and suffering. In some countries, such as the Democratic Republic of Congo, competition over minerals has fuelled armed conflict and financed armed groups responsible for widespread killings of civilians, rape, torture and the recruitment of child soldiers. In others, such as Turkmenistan, gas revenues have bankrolled corrupt governments and underwritten human rights violations. 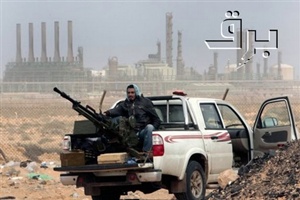 The Arab Spring revolutions were motivated partly by a sense of exasperation with elites pilfering the sovereign wealth for personal gain at the expense of citizens. For example, reported mismanagement of oil revenues in Libya generated billions of dollars for the Gaddafi regime, which allowed it to build a fortune off shore, fortify its hold on the country and crush any political opposition. As of March 2011, some $32 billion had been frozen by the US and $3.2 billion by the UK, while countries such as Switzerland, South Africa, Japan and Austria have also frozen funds connected with North African despots.

Establishing and adhering to revenue transparency mechanisms is a primary necessity for breaking this cycle and increasing the likelihood of governments managing revenues in an open and transparent manner. A first crucial step is implementing measures such as the Extractive Industry Transparency Initiative (EITI), a multi-stakeholder approach that requires the disclosure of payments made to foreign governments by oil, gas and mining companies.

Laws are also required to force the disclosure of extractive-related payments such as taxes, royalties and bonuses made to governments by oil companies. For example, the Publish What You Pay campaign has successfully advocated for the inclusion of such disclosures on US Stock Exchanges through the Dodd-Frank Wall Street Reform and Consumer Protection Act. The Act includes a groundbreaking provision (1504) that will require oil, gas and mining companies, regulated by the US Securities and Exchange Commission, to publicly disclose their payments to governments worldwide. The European Commission has proposed similar legislation, which now needs to become a global standard.

Measures are also required to cover other parts of the natural resource chain. For example, one of the main opportunities for misuse of oil wealth lies in the licensing process that determines how oil contracts are allocated. Two crucial transparency mechanisms must be built into processes to stop corruption.

First, there should be an open bidding process with full disclosure of pre-qualified companies, the terms of the bids and the winner. Second, governments must make clear their rationale for choosing particular companies and enforce laws that require companies to disclose their beneficial owners. The latter is crucial because some of the companies bidding for licences may be owned or controlled by government officials who may benefit illicitly from procedures that favour companies in which they have a financial stake. Enforcing these measures would therefore avoid any suspicion that some companies may be receiving preferential access or options on oil licences, which in turn could dispel doubts about the integrity of the process as a whole.

Countries like Libya are at a crossroads. While the tasks of recovering from civil war and rebuilding their societies represent serious obstacles, they are also an ideal opportunity to transform oil into a blessing for their citizens. As part of a broader push to promote accountability, governments, civil society and extractive companies must all play their part in implementing, scrutinizing and supporting transparency mechanisms to ensure this opportunity is not squandered. Governments must disclose information about petroleum contracts and subcontracts; civil society organizations must be able to use that information to hold their governments to account; while international companies must support revenue transparency and encourage governments to adopt the measures described above.