The spread of revolution through a number of Arab countries indicates a new era for the whole region. In order to fashion that new era in the spirit of the revolutions, those who helped make them and who form the majority of the region’s population – the young people – need help to find ways to become permanently involved in shaping their countries’ futures.

The Arab Spring movement reinvigorated young people across the region. Those between the ages of 15 and 29 constitute the largest age group among Arab populations, representing more than one third of the region’s total inhabitants – that’s to say over 100 million young people.[1] After years of despair and high immigration, they have regained their confidence, re-evaluated their role and capabilities, and taken an active role in bringing about change.

However, in both Egypt and Tunisia, once things calmed down and major gatherings started to gradually decrease, young people, women and marginalized groups who had been in the vanguard of the movement have found their role and ability to engage diminish. Their lack of experience, the fact that many of them don’t belong to obvious structures (organizations, parties, etc) and/or a lack of clear vision and direction left many of them either unfocused or with a sense of helplessness and despair.

Funding, too, has passed this group by, both because of the spontaneous nature of the revolutions and because they don’t belong to a group capable of either accessing or processing donor support. The upshot is that they are excluded from enjoying the rights as citizens that they had suddenly grasped during the revolutions. 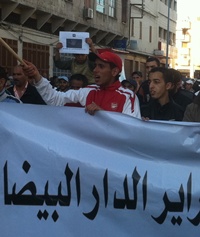 To ensure that this missing majority can engage with and contribute to the reform process, Naseej Foundation has organized a couple of regional events for young activists and practitioners. Much of the discussions clearly highlighted the need for such individuals and groups to be linked with others, both within countries and across the region, who share similar experiences and interests. There is a general consensus that in such situations, individuals alone can’t make a difference: ‘we need to belong to a group, a movement or an entity, we need to work in collective so that our efforts count and voice is heard.’

Much of the discussion also focused on the role groups could play, as many felt that ‘either we are all engaged in the political scene or our efforts are useless’. Community-based organizations and other groups that are strongly rooted in their communities need some in-depth capacity building in relation to their real role and responsibility towards their communities: they need an awareness of concepts and values, not just of activities and management.

Politics is not the only means

Yet as discussions continued, it became apparent to many that they need to consciously understand that ‘not everyone has to become part of the political arena to contribute to the creation of a better present and future for everyone’. At this point all areas of work are crucial to the recreation of their nation. Development practitioners, human rights and women’s activists, artists and others need not divert their efforts to pure politics in order to feel that they are making a difference. Their contribution to the reform process will be of more value and effect if they stem from who they are, what they do and where are they located.

Where funders can invest

All engaged stakeholders have to think about where they need to invest their resources. ‘It is to everyone’s benefit that all stakeholders take the responsibility to act upon what they have always preached on the issues like “engagement”, “coordination” and “coalitions”,’ said one young woman in one of the workshops.

The Arab Spring cannot be treated as a natural disaster where funds must only go to services. Young people, women and other underprivileged groups in our societies need forums, spaces and resources that are made available for everyone so that weakened majorities can be empowered and engaged. Every voice is needed and every one counts, not only the voices of the educated cultural and political minorities.

As Heather Raffo writes in Nine Parts of Desire Play: ‘When you decide to recreate a nation, you have to have a plan for human beings.’