What role for intermediaries?

Do we expect too much of civil society?

Shading in the blanks on the philanthropy advice map

Sultan Qaboos, Oman
Sultan Qaboos bin Said Al Said of Oman is a noted philanthropist as well as the Arab region’s longest-serving head of state having come to power in 1970. In deference to intellectual and spiritual traditions of the region and his own decision to grant freedom of worship in the sultanate, he has financed the construction or maintenance of several mosques, notably the Sultan Qaboos Grand Mosque, along with the construction of four Catholic and Protestant churches and Hindu temples. His philanthropy has an international dimension, particularly through his funding of UNESCO’s Sultan Qaboos Prize for Environmental Preservation in the early 1990s. The prize, which comprises a diploma and $70,000 grant, is given every two years in recognition of ‘outstanding contributions by individuals, groups of individuals, institutes or organizations in the management or preservation of the environment’. 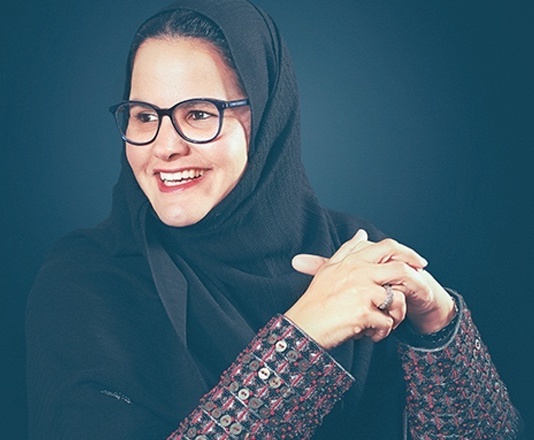 Princess Banderi Al Faisal, Saudi Arabia
HRH Princess Banderi Abdul Rahman Al Faisal has been the director general of the King Khalid Foundation (KKF) since 1999. She is a member of the Al-Nahda Philanthropic Society for Women, the ADHD Society & Support Group and The Voice of Down Syndrome Society. As the list shows, she has an interest in health and particularly in long-term ailments or conditions. Her core work, though, is her leadership of KKF. Its programmes include capacity building and grants to non-profit organizations, awareness raising in and about the sector and research in the field of social sciences. Its main focus, however, is on strengthening the country’s non-profit sector through its grants and training, which dovetails with the government’s Saudi Vision 2030, a blueprint for a post-oil economy, which aims to boost KSA’s non-profit sector’s contribution to the country’s gross domestic product to 5 per cent by 2030 (at present, it is less than 1 per cent). Also notable is its advocacy work. It was largely because of the foundation’s anti-abuse campaign ‘Some things can’t be hidden’ that Saudi Arabia signed its existing domestic abuse legislation into law. 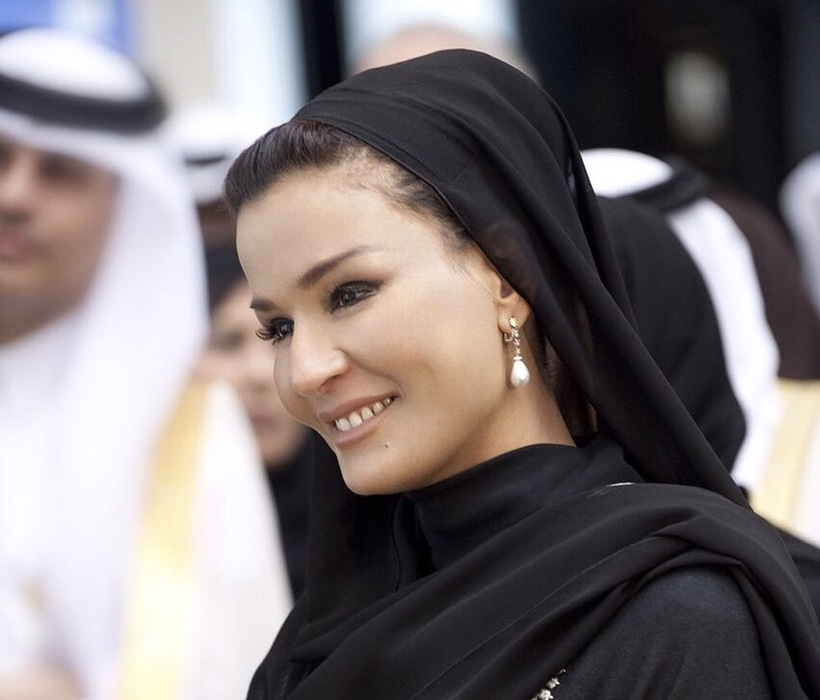 Sheikha Moza, Qatar
Her Highness Sheikha Moza bint Nasser is chair of the Qatar Foundation for Education, Science and Community Development (QF), founded in 1995. Its flagship project is Education City, which houses branch campuses of renowned international universities and institutions. QF is also engaged in numerous scientific research and economic and social development projects and sponsors institutions like the National Library and Qatar Philharmonic Orchestra. She has also served on official bodies in health and education and chairs the Sidra Medical and Research Centre, a new training and research hospital for women and children’s speciality care. Her main interest, though, is in education and young people. She launched Silatech in 2008, which runs programmes in employment creation and enterprise development, a significant development in a region which has one of the highest youth employment rates globally. In 2012 she launched Education Above All (EAA), a global initiative which aims to bring opportunities to poor and marginalized children, youth and women in the developing world. She is a Steering Committee member of the UN secretary-general’s Global Education First Initiative and a UNESCO special envoy for basic and higher education. Her website records her ‘strong advocacy for closer relations between the Islamic world and the West’. In 2013, she was awarded the Carnegie Medal of Philanthropy. 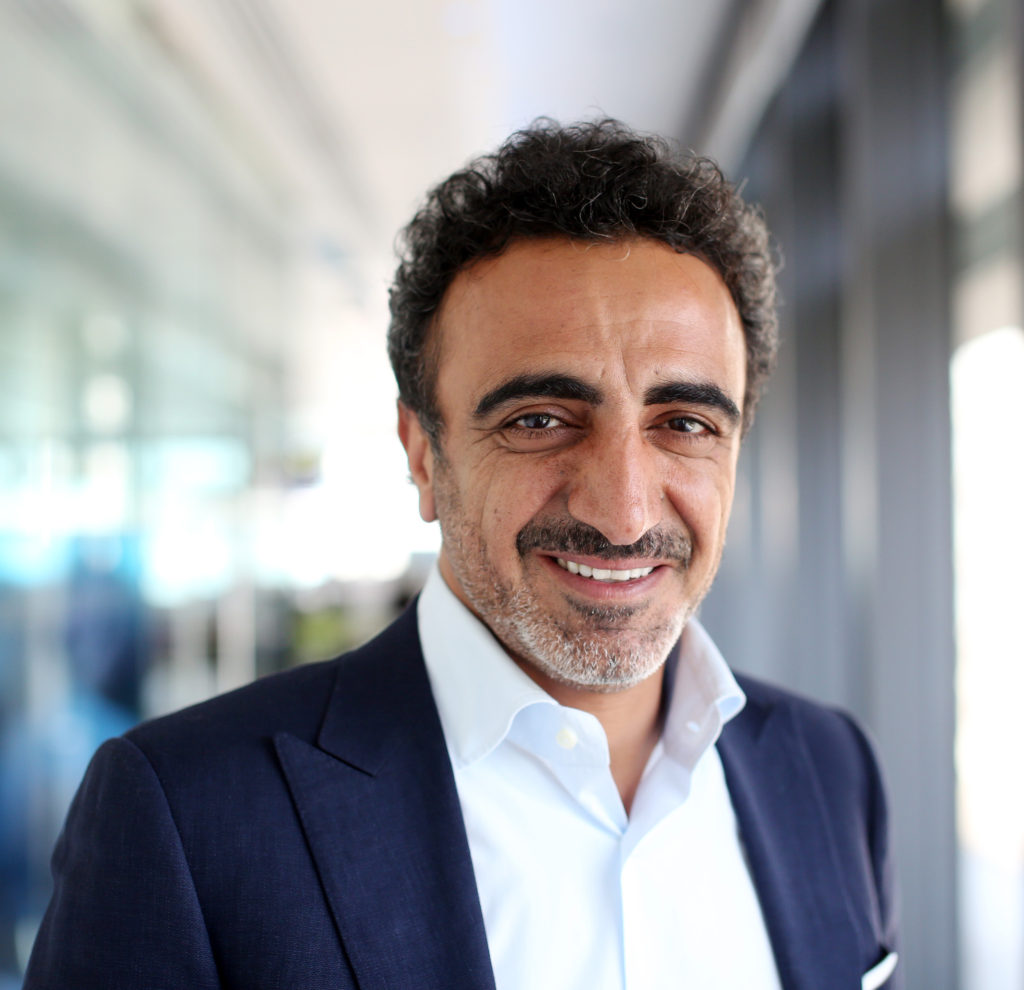 Hamdi Ulukaya, US
Originally from Turkey and of Kurdish origin, Hamdi Ulukaya emigrated to the US in 1994, where he became a successful businessman, founding yogurt making company Chobani. He now has a net worth, according to Forbes, of $1.76 billion. His decision to move to the US was in part motivated by Turkish repression of the country’s Kurdish minority, according to CNN Money, and his concern for minorities and refugees appears to be the strongest force in his philanthropy. In 2014, Ulukaya pledged $2 million to the United Nations High Commissioner for Refugees. The following year he announced that he would join the Giving Pledge, committing to donate the majority of his wealth to helping refugees. He has also contributed to many Muslim charities associated with Iraq and Syria. While a noted philanthropist, he is also a firm believer in the role of the private sector. In 2015, he launched the Tent Foundation which works with enterprises to help them develop and implement tangible commitments to support refugees and host communities through their core business, including by hiring, purchasing from, investing in, and providing critical services to refugees. Tent also commissions research and analysis and provides small grants to catalyse private sector action in support of refugees. 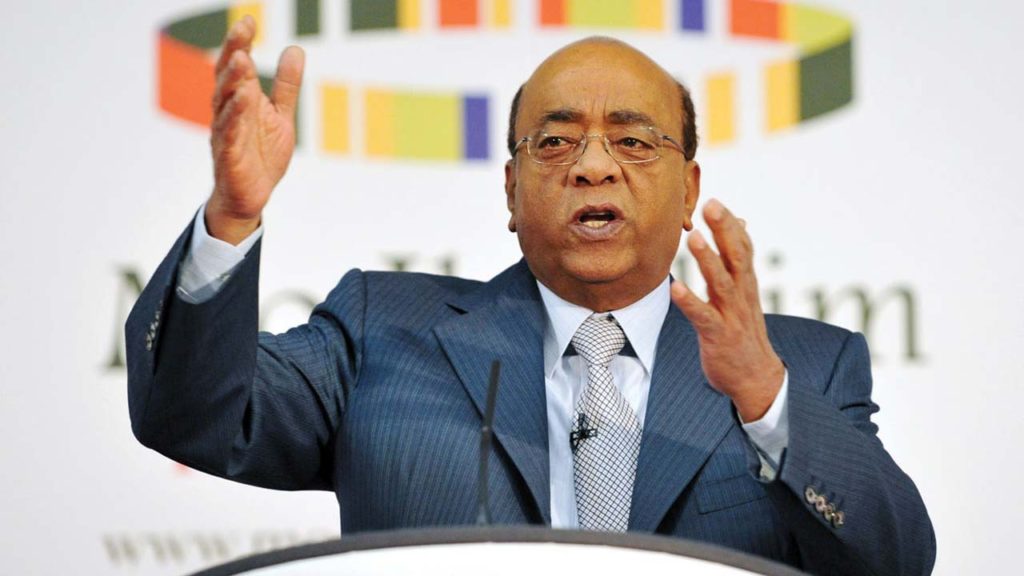 Mo Ibrahim, UK/Sudan
After selling his telecoms company, Celtel, for $3.4 billion, Mohammed Ibrahim, universally known as Mo, set up the Mo Ibrahim Foundation in 2006 with, as its website states, ‘one focus: the critical importance of governance and leadership in Africa’. To this end, in 2007 the foundation launched the Mo Ibrahim Prize for Achievement in African Leadership, the Ibrahim Index of African Governance (IIAG) and a series of Leadership Fellowships. The Prize aims to encourage better, less corrupt government on the African continent, offering $500,000 a year for ten years, plus $200,000 a year for life subsequently. While the size of the award has attracted some raised eyebrows, in an interview in 2009, Ibrahim said ‘the fact that African leaders are able to steal billions of dollars doesn’t mean that those who don’t shouldn’t have any money’. IIAG provides a statistical assessment of the quality of governance in every African country under four headings: safety and rule of law, participation and human rights, sustainable economic opportunity and human development, while the Leadership Fellowships provide the opportunity for prospective African leaders to work in the executive offices of either the African Development Bank, UN Economic Commission for Africa or the International Trade Centre, with an annual stipend of $100,000. 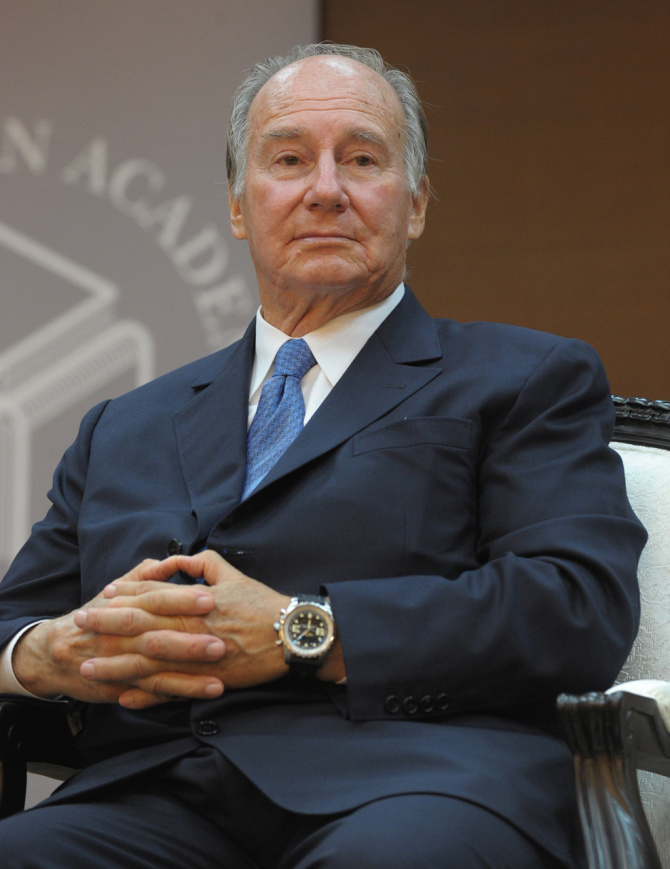 The Aga Khan
His Highness the Aga Khan, Prince Shah Karim Al Husseini, is the founder and chair of the Aga Khan Development Network (AKDN), a group of development and philanthropic enterprises which include the Aga Khan Foundations, the Aga Khan Fund for Economic Development, the profits from which are used to fund the Aga Khan Development Network, and University of Central Asia. He is the hereditary Imam and spiritual leader of the Shia Imami Ismaili Muslims and sees part of his responsibility as improving the quality of life of the most vulnerable. His giving underlines his view of Islam as a faith that teaches compassion and tolerance, upholds human dignity and also displays a desire to celebrate Islamic culture. In 2014, he gave $300 million to found the Aga Khan Museum in Toronto, which is devoted to Islamic art, and he also gave a $25 million donation to create an Islamic-inspired garden in Edmonton, Canada, which opened last year. Active on every continent except Australasia and Latin America, AKDN’s interests include work, agriculture and food security, health, education and humanitarian assistance, architecture, culture and enterprise development. He became a Carnegie Medal laureate in 2005 and was awarded the Asia Society’s Game Changer Lifetime Achievement Award in 2017. Uniquely among this group, his wealth is neither inherited nor derived from business. Most of it comes from tithes or voluntary cash donations by Ismaili community members who reportedly donate at least 10 per cent of their gross annual income to the spiritual leader. 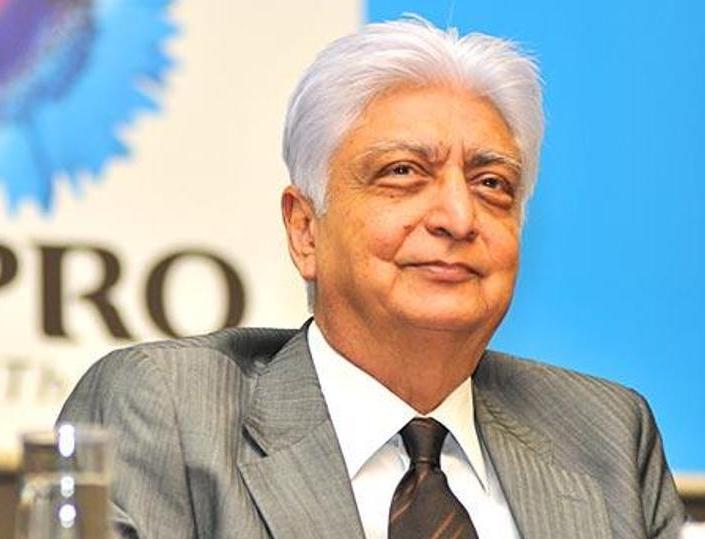 Azim Premji, India
An Indian businessman and philanthropist, Azim Premji is chairman of Wipro Limited, a leader in the software industry. According to Forbes, his estimated net worth is $16.8 billion. A signatory of the Giving Pledge, his recent $2 billion donation to his Azim Premji Foundation was the largest charitable contribution in the history of modern India. Set up in 2000, the initial focus of the foundation was elementary education. While this basic aim remains, it has subsequently evolved, and the foundation now supports 44 field institutions throughout India which have a wider purpose, aiming to improve the quality of teaching and education to produce social change. In 2010, the foundation established the Azim Premji University, one of whose explicit aims is ‘to make significant contributions through education towards the building of a just, equitable, humane and sustainable society’. 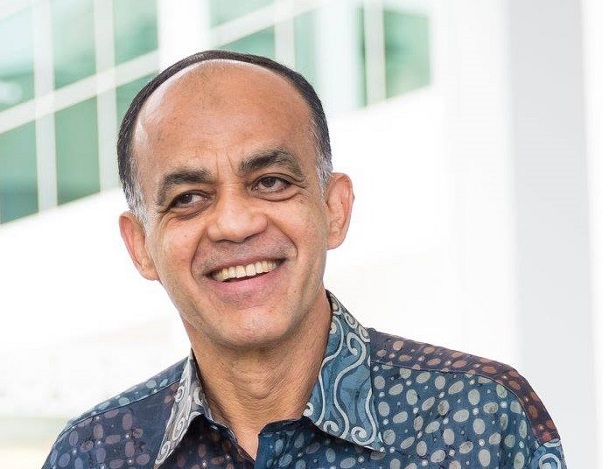 Syed Mokhtar al-Bukhary, Malaysia
Reputedly the eighth richest Malaysian and owner of a variety of companies including the Malaysian Mining Corporation, al-Bukhary is founder of the Albukhary Foundation. The foundation’s philanthropy is largely, though not exclusively, concerned with the Muslim community both within and outside Malaysia. Among other activities, it promotes the heritage and study of Islam through the funding of schools and cultural institutes. These include the Islamic Arts Museum and a mosque and Islamic school complex in Alor Setar, Malaysia. It also subsidises poor Malay Muslims to make the pilgrimage to Mecca. In addition, it funds humanitarian projects including rebuilding the lives of Afghan refugees, helping Pakistan’s tsunami victims, and establishing an Aids hospital in Uganda. 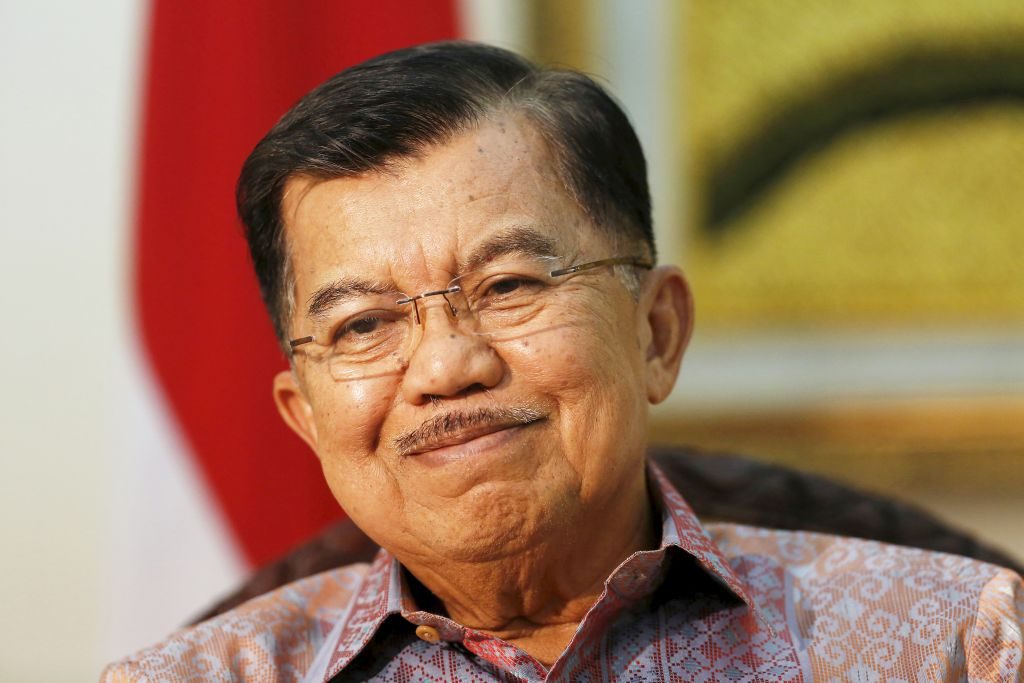 Jusuf Kalla, Indonesia
Currently vice-president of Indonesia, Jusuf Kalla founded the Kalla Foundation in 1984, funded through his business, the Kalla Group, which has holdings in a number of industries. According to a 2013 article in Forbes, he gave a 20 per cent share of the group’s hydro-electric power plant in Central Sulawesi to the foundation. Though the foundation does not appear to have a website, an index of its level of spending is offered by the Forbes article which claims it spent $1.3 million in 2011. It has started a free junior and senior high school for the children of poor families in South Sulawesi and has undertaken tree planting schemes in the same region. Kalla sees Islam as a unifying force in a tribal and multi-ethnic country like Indonesia. Socially conservative, he was reported in the Jakarta Post in 2016 as incurring the opposition of lesbian, gay, bisexual and transgender (LGBT) groups in Indonesia when he asked the UNDP not to finance LGBT community programmes in the country, having previously stated his opposition to such campaigns which he says are not in accordance with the social values of the nation.

Abdul Aziz Al Ghurair, UAE
UAE-based Muslim businessman Abdul Aziz Al Ghurair is chairman of the Al Ghurair Foundation for Education. The foundation represents the largest private education fund in the region, and possibly the world, standing at $1.1 billion. One of its core aims, according to its website, is ‘to reignite what is already in the region’s DNA: a culture of giving back, a connectedness to community, and a spirit of generosity that creates impact’. Al Ghurair, who is CEO of Mashreq Bank, established the foundation in 2015, with a commitment to provide 15,000 educational opportunities to students across the Arab world over ten years. He recently announced a multimillion-dollar fund to provide secondary and vocational education to refugees in Jordan and Lebanon, as well as other countries in the region. The fund, which according to Philanthropy Age, received a $27.2 million investment from Al Ghurair over three years, will award grants to NGOs and educational institutes that work with refugee youth. It will also support the children of displaced families living in the UAE.

Assallamualaikum my Muslim Brothers and Sisters Am kindly seeking for a very generous Muslim who can help me finance my health surgery calculus to help me complete my deen which. Is Marriage immediately after this holy month of Ramadan. Will ever remain to be grateful if my request is given keen attention Insha Allah.