Philanthropy Together launched in April of 2020, uniquely poised to harness the power of the collective at a moment when the collective was realising its power. 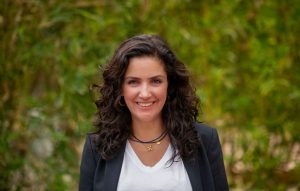 Elika Roohi: Why are giving circles an effective model of giving?
Sara Lomelin: Community knows what community needs. Giving circles are the seed funders of very small, very local grassroots non-profits that are invisible to big philanthropy. That’s why this funding is important – because otherwise, these small non-profits can never get to the next level. Giving circles come in between individual donors and a corporate grant or a foundation grant. We talk about the five T’s: time, talent, testimony, ties, and treasure. All of these come from giving circles, it’s not just treasure. When you as a non-profit have support from a giving circle, you have this community of advocates for your cause directly from your own community. This is the main difference between crowdfunding and giving circles. In a giving circle, people are eager to learn about the cause, they create a community with each other, and get engaged beyond the dollar. We see that many giving circle members, after a couple of years, end up joining the boards of the non-profits they support. They also take their Saturdays to go to a rally with an organisation, or register people to vote, or create the database for an organisation, or run for office. Giving circles are also these civic engagement incubators.

Philanthropy Together has financial backing from some of the most established American philanthropists, including seed money from the Gates Foundation and a big grant from the Kellogg Foundation. What is attractive about giving circles to these big philanthropic institutions?
I think the way that giving circles disrupt this idea of who is a philanthropist is very attractive for these big foundations. But of course, giving circles are not new. This is the oldest way of doing philanthropy. For big philanthropy, for traditional philanthropy, this is exciting because giving circles have their ears very close to the ground. They work very closely with their grantee partners and the initiatives they support. What we do is break these power dynamics between who is the donor and who is the recipient of funds. I think for the larger foundations, having the insights of everyday philanthropists and everyday givers also helps them conceptualise and inform their programming too.

There’s space for everybody, and there is a big power in the collective.

After that, we realised the programme cannot be just six months long. This should be year-long. So, we launched the new programme it in October. The themes that we have explored so far include: how do we create human-centred spaces to hold productive tension and space for healthy conflict resolution; equity; imperative statements, which is essentially a statement of a commitment to racial equity; and how you assess your racial equity practice within giving circles. In January, we will be talking about community engagement and building trusting relationships with the community. In April, we’re going to talk about place-based grantmaking.

What we’re seeing are very open minds and very open hearts. Giving circles that have been in existence for many years are opening their hearts and minds again to new ways of doing the work with more equity and diversity. 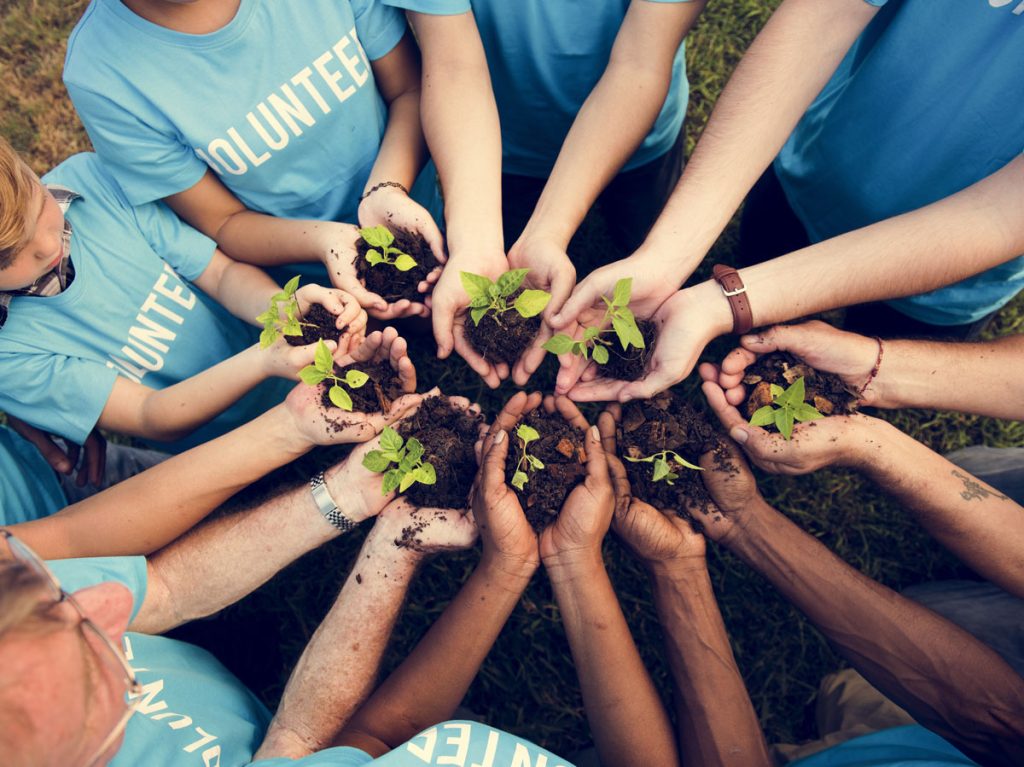 Giving circles have been around for a long time, but formal infrastructure to support them is much newer. What are some of the goals that Philanthropy Together has for the giving circle movements, as a leader in this space?
When we were first conceptualised, the idea was borne out of research that the Collective Giving Research Group did in 2016. At that time, they found there were about 1,600 giving circles across the U.S. that had given out about $1.3 billion in the last two decades and that involved around 150,000 people. The whole idea of Philanthropy Together was to create this infrastructure organisation to support and scale the giving circle field. What we want to do, alongside the organic growth because there is a lot of organic growth in the giving circle field, is to reach 3,000 giving circles, involve 350,000 people globally, and move another billion dollars in the next five years. That is why it’s exciting to see all this power around the world from all the different models of giving circles – the ones that give $20 a month, the ones that give several thousand dollars a year, and everything in between.

The plans of Philanthropy Together take you to 2025 – what is the thinking behind the five-year mandate for the organisation?
In the giving circle ways of being flexible, of being iterative, of being learning, evaluating, tweaking and learning again – we wanted to be a five-year initiative. During these five years, we want to test different strategies and see what really works. And right now, we don’t know if we’re going to be a five-year initiative or not. I think in a year and a half we will be evaluating what makes sense for us.

When Philanthropy Together launched, it was right at the start of the pandemic. How did that impact your plans as an organisation?
Yes, so we launched on 1 April – that was our official launch. But the idea of Philanthropy Together was in the works for about three years. So, in 2017, during my days at Latino Community Foundation, I got connected to several leaders of other networks of giving circles: the Latino Community Foundation, Community Investment Network, Amplifier Giving, Philanos, and the Asian Women Giving Circle.

And with these amazing groups, we embarked on co-designing a project over the course of a year. This co-designed project was supported by the Gates Foundation and involved more than 100 people, and the process created what is now Philanthropy Together.

Giving circles that have been in existence for many years are opening their hearts and minds again to new ways of doing the work with more equity and diversity.

The plan was to launch at the beginning of 2020. And then suddenly, you know, the pandemic was here – but we didn’t skip a beat. We always had the idea of having diverse voices coming from all around the U.S. with no physical office. In that sense, the pandemic didn’t have a big impact on us. But in other ways, it accelerated some of our programming because, for example, we were supposed to be having our first cohort of Launchpad, our giving circle incubator, at the end of 2020, and suddenly we’re here in April and we said, we need to move faster because people are stuck at home – everybody is thinking, what is mine to give? People didn’t want to feel useless. They wanted to act, they wanted to help their community. So we said, okay, let’s just put together the curriculum and have Launchpad in June. We had our first Launchpad cohort in June 2020. But at the same time, the racial equity reckoning was happening. So that was another thing that got accelerated.

It sounds like, in a way, you were set up quite well to launch exactly at that moment in spring of 2020 – though of course, you could have never anticipated the pandemic.
Totally. And actually, another great thing that happened during that time was the broadening of our borders. We were conceptualised as a U.S. based organisation to support the American giving circle field, but suddenly we’re here in April 2020 and there are no geographic barriers anymore. People are accessing programming all over the world. Suddenly we saw that people from Europe, Latin America, Asia were reaching out to us, engaging with us on social media, signing up to be part of our webinars and our training. And so we said, okay, we’re a global initiative, we’re supporting giving circles across the globe. 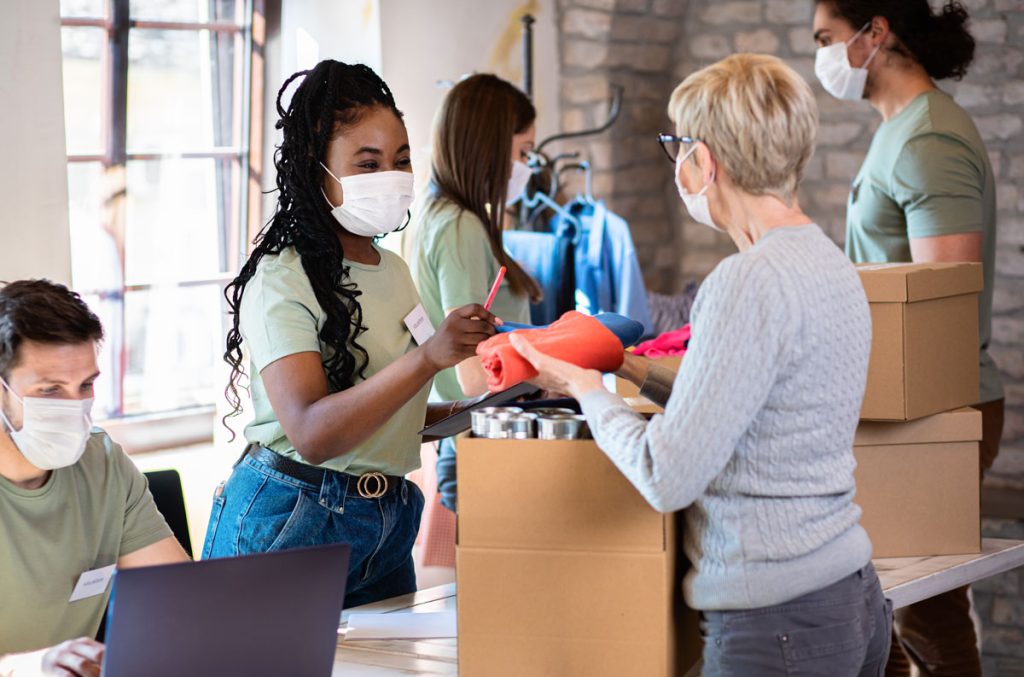 Before you were with Philanthropy Together, what was your experience with giving circles?
I learned about giving circles by starting one. In 2007, I was living in Dallas, Texas, and I started a giving circle with a group of friends. It women from Latin America that were living in Dallas, and we started a giving circle without even knowing that that was called a giving circle. For us it was just about getting together, talking about helping mums and small children, an issue area that was very close to our heart, because at that moment all of us had very young children. We wanted to support Latina mums and small children in Dallas. So, we got together and talked about the issues. We explored non-profit organisations in Dallas doing that kind of work. And then we decided to pool our donations together and give a bigger gift to an organisation.

If readers take away one thing about giving circles from this article – what do you want it to be?
I think that collective giving will continue to diversify philanthropy and bring the voices of everyday givers. We believe that everyone can be a philanthropist. We’re not fighting with big philanthropy and billionaire philanthropy. There’s space for everybody, and there is a big power in the collective. We would love to invite everyone to join us in our work.

Philanthropy Together hosts a Global Giving Circle Directory and invites giving circle members worldwide to check if their own circle is listed.

For information about their 2022 events, visit the Alliance sector calendar.