NEF – European Fund for the Balkans three years on

As part of its 50th anniversary celebrations, Fundación Barrié hosted the 6th Conference of the Association of Spanish Foundations and the first International Communications Day on Philanthropy in La Coruña in late 2016. Its president, José Maria Arias Mosquera, talks to Charles Keidan about the importance of communication, about the role of faith and family in Barrié’s work, and about how marking its 50th anniversary has allowed the Galician foundation to take a long view of its work.

You say on your website that the foundation is ‘purpose backed by resources’. What do you mean by that?
Backing your resources with purpose is the objective of any institution that calls itself a foundation. Our founder had a clear vision of what was needed for the future development of Galicia and contributed all his fortune to it – not just his fortune but also his father’s and his sister’s. Since our origin, the total giving amounts to over €400 million.

How big is Fundación Barrié?
The foundation’s total assets are approximately €400 million as of 2015.

What is the purpose of the foundation?
The mission of our foundation is the promotion of society in the region of Galicia, in northwest Spain. Our focus is intentionally broad so we can adapt our work over time to the changing needs of society.

Just to give you an example, the foundation has made grants throughout the educational system, so from high school to university to master’s degree to doctoral research programmes, through to research programmes. It’s been covering a space that’s been left empty by the government. As the government moves into those spaces and covers that social need, the foundation moves on to a different area. So we develop programmes, and we move on to others when some other element of society takes over the role.

You said at the opening of the Spanish foundation association conference that foundations should lead society, but in order to so, they have to be professional and accountable. That was very striking – can you say a little bit more about what you meant?
Managing a foundation is very difficult. Most of the time you’re dealing with intangibles. You don’t have the capacity to measure against your benchmarks in the short and medium term. You have to wait until you can come up with some evidence of your progress or success.

By listening to the educational community as a whole, we can detect the needs that arise throughout the whole education system. The result is a greater and long-term impact.

Who do you think foundations should be accountable to?
First and foremost to society, and within society, to the groups your programmes are targeting. We talked about communication at the conference, and this communication flow is extremely important to keep asking your communities whether you are bringing value to them. This needs to be a continuous conversation, where you are listening as much as you are speaking, not just a one-direction communication.

How do you achieve that two-way conversation at the Fundación Barrié?
The nature of our programmes requires that we maintain a two-way communication with the key players in our region. For example, in one of our most recent and major educational programmes called ‘Piteas’, which involves schools from all over Galicia, we not only talk to the students, but also to the teachers, the principals, the parents and the governmental parties.

By listening to the educational community as a whole, we can detect the needs that arise throughout the whole education system. The result is a greater and long-term impact. As another example, we started a survey on the educational needs of university students – graduates coming out of university perhaps looking to broaden their horizons with master’s degrees and postgraduate studies.

Do you think this two-way conversation is typical of other foundations?
Difficult question! The Barrié Foundation has been characterized for its innovative approach. There might be others, but I don’t know of them. What is clear is that it’s fairly difficult to adapt, and it’s fairly easy perhaps to settle in your ways, rather than to do something innovative.

We have four areas of action within the foundation – education, culture and heritage, science, and social action, and all the innovative programmes, the star programmes within these areas, have been created within the last six years. 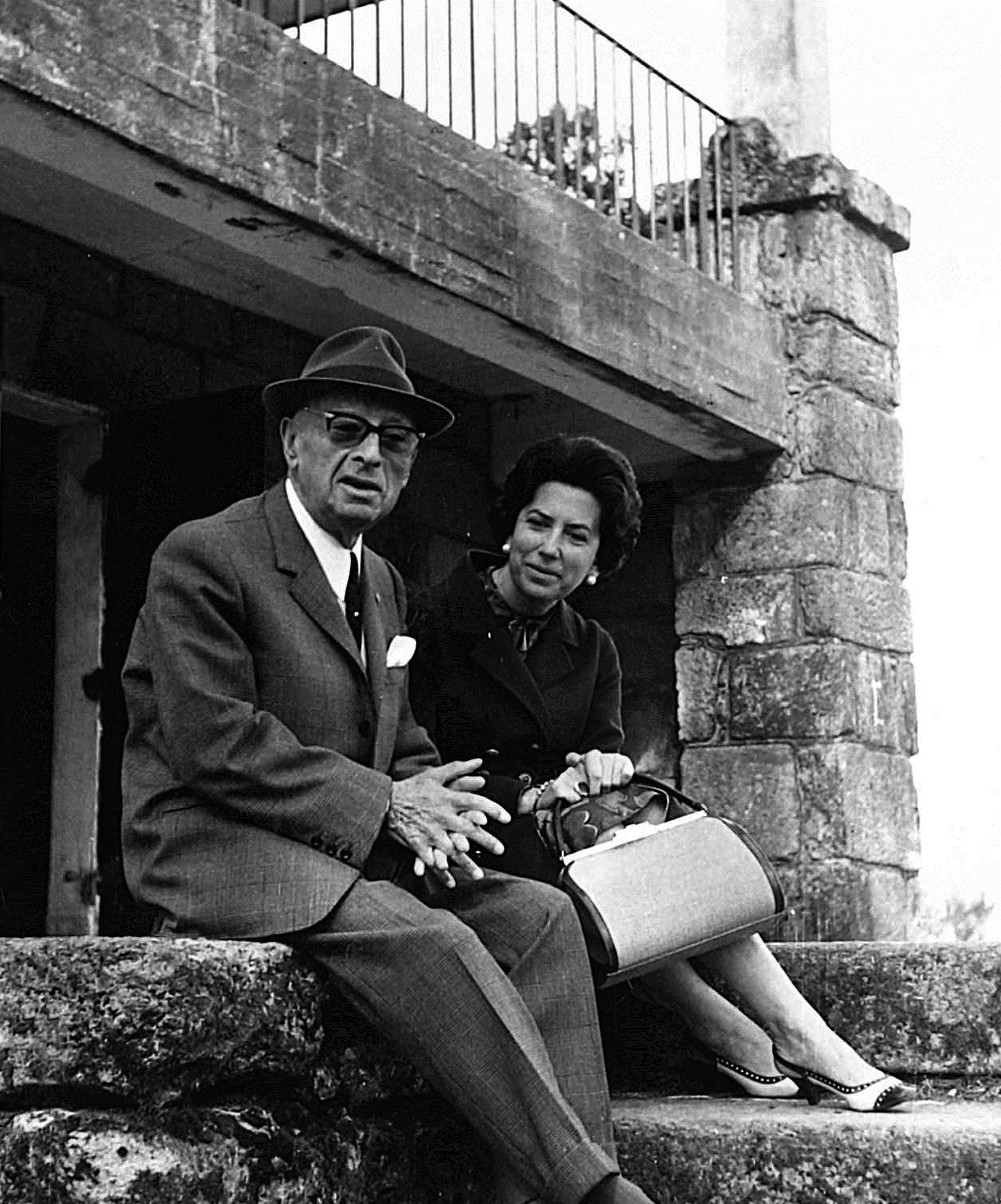 How important is the Catholic faith to the values of the foundation?
We never discriminate in our work on the basis of gender or religion and consider all human beings as equally deserving. The foundation works with basic values such as respect, integrity, commitment, education or the creation of opportunities.

Our founder and former president, both devoted Catholics, instilled their values into the actions of the foundation, not through the practice and attitudes of Catholicism, but through the ethics and morals that Catholicism and many other religions have as their core values. We continue to convey those values, particularly at a time when we see a fragmentation of society and an apparent loss of values and principles.

In my earlier career, I worked for a Jewish philanthropist. Do you see yourself as a Catholic philanthropist, in that those values shape the way you see the world?
I never thought of myself as such – for me philanthropy is completely independent from any religion. I believe that all religions share a common ground in values and ethics that are important. And those that practice those religions will know the value of these principles.

Our founder and former president, both devoted Catholics, instilled their values into the actions of the foundation, not through the practice and attitudes of Catholicism, but through the ethics and morals that Catholicism and many other religions have as their core values.

Your foundation has been one of the main funders of the renovation of the Cathedral of Santiago de Compostela. Why do you see its preservation as a philanthropic priority?
Yes, the foundation has spent around €11 million on the cathedral. One of our focus areas is the preservation of Galician heritage and the Cathedral of Santiago de Compostela is the most important masterpiece of our patrimony. The funding is complemented with educational activities to create consciousness among future generations about the importance of our heritage.

The family members bring the continuation of the ethical values of the founder, and the independent advisers bring the professionalism and the subject expertise.

You’re a member of the family that created the business that led to the foundation, but you also have many staff and board members who are not family members. How does the family and the non-family involvement come together to shape the way you work?
Very good question. There’s been an open debate about whether a foundation ought to be run by independent advisers or family members. For us, the best solution is a combination of both. The family members bring the continuation of the ethical values of the founder, and the independent advisers bring the professionalism and the subject expertise.

One of the featured projects of the conference was the Barrié’s project on prisons in Galicia, where schoolchildren visit inmates in prisons and in some cases inmates will visit schools as part of their social rehabilitation. Can you tell me whose inspiration this project was and how important it is?
One of the main concerns of the previous president of the foundation was the rehabilitation of inmates. She started developing programmes to make it possible for them to get back into society, whether through the funding of university studies or learning of professions. The module that was spoken about at the conference was started in a prison in Leon, and from that original idea, we extended it to all prisons in Galicia and tried to make improvements to the model. This innovation is also part of our view of not seeing problems individually, as one-offs, but in a collective manner.

Having access to prisons has made the foundation aware of the reality of inmates and out of understanding that reality has come a new programme that turns the inmates into advisers, into counsellors, especially on issues such as drugs. The inmates go to schools and talk to the children about the dangers of drugs and they see the benefits of that role, and the children of course see the risks and dangers of taking up drugs, so you’re benefiting both sides.

How important is taking a long view in your philanthropy?
I see that there is a clear risk of being judged on the actions and programmes carried out in the last three years, but it’s only with the exercise of looking back 50 years over the history of the foundation and at the whole perspective, that you come to realize the significance of the work done. Only now can you understand the impact its work has had on society.

Having access to prisons has made the foundation aware of the reality of inmates and out of understanding that reality has come a new programme that turns the inmates into advisers, into counsellors, especially on issues such as drugs.

Do you see the future generation taking on the role that you and your family have established?
They have been involved since their childhood and now they are already taking on different key roles, both at board and management levels.

All data refers to AFE’s latest research with information based on the year 2014, the latest for which figures are available.