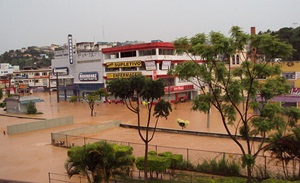 Brazilian foundations and companies have been prominent in the response to the flooding in the last few weeks in São Paolo, Minas Gerais and especially in Rio de Janeiro, which has cost the lives of an estimated 800 people. Bradesco bank, for example, has made initial donations and opened an account to raise resources to help victims in Rio de Janeiro and has so far raised hundreds of thousands of dollars. The Association of Children’s Valley of Light, Nova Friburgo (RJ), has also opened a special bank account to receive cash donations that will be used to help families; the LNCC (National Laboratory for Scientific Computing) is collecting and distributing donations in Petrópolis; and the supermarket chain Pão de Açúcar is allowing its delivery system to be used for donations of baskets of food and supplies. The Abrinq Foundation has sent several professionals to support children and adolescents in the Rio de Janeiro region, where in the city of Teresópolis alone at least 3,000 children are now homeless.

The unpreparedness of the state in face of the disaster, moreover, has highlighted the importance of the response of organized civil society and private social investment. It marks the first time, says Andre Degenszajn, knowledge manager at Grupo de Institutos, Fundações e Empresas (Group of Institutes, Foundations and Enterprises – GIFE) that private social investors ‘are on equal footing with the state, abolishing the normal barriers of established powers’.

GrantCraft under new management – business as usual only more so?