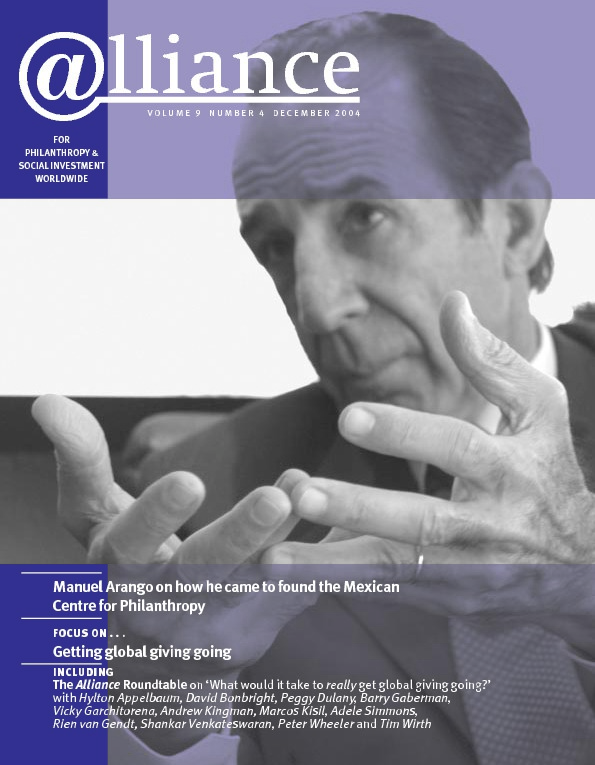 Care is the top priority of European funders working in the field of HIV/AIDS, a recently completed mapping has revealed. Carried out by the European Foundation Centre (EFC) Orpheus Programme, the mapping finds that of the 80 funders profiled, 59 per cent focus on medical care, 24 per cent on palliative care, 16 per cent on home and community nursing care, and 14 per cent on antiretroviral (ARV) treatment and/or drug development.

Two-thirds of funders focus on children and youth, and 39 per cent on disadvantaged and low-income individuals as a whole. The majority of those profiled fund or operate outside their home countries, with 61 per cent working in Africa, 23 per cent in Asia, 20 per cent in South and Central America, and 14 per cent in Central and Eastern Europe.

Commissioned by the EFC’s European HIV/AIDS Funders Group and supported by UNAIDS, this is the first ever mapping of European private funding for HIV/AIDS. It also shows the significant financial capacity of European funders, with the 80 organizations reporting total annual expenditure of €3.4 billion, of which €141 million is currently allocated to HIV/AIDS, both in Europe and internationally.

The exercise forms part of the European HIV/AIDS Funders Group’s efforts to raise awareness among independent funders about the pandemic, and to mobilize leadership, partnerships and resources to tackle it. Created in 2002, the Group works under the aegis of Europe in the World (EitW) – an EFC initiative whose core aim is to persuade foundations to increase their grant expenditure outside of Europe by 1 per cent annually for the next five years.