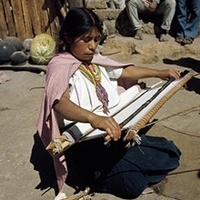 The Millennium Development Goals are unlikely to be met for Mexico’s indigenous population, according to research published by the United Nations Development Programme (UNDP) last month. The report, El reto de la desigualdad de oportunidades (The challenge of inequality of opportunities), suggests that 38 per cent of the 12 million Mexicans classed as indigenous people live in poverty, while half of the country’s indigenous women and 42 per cent of indigenous men have not completed primary school. These findings contrast sharply with the progress Mexico has made overall in fighting poverty and improving primary school enrolment; it has also virtually met the goal of halving the proportion of people without access to piped water and basic sanitation, according to the Economic Commission for Latin America and the Caribbean (ECLAC). The area where the discrepancy is most marked, however, says Rodolfo de la Torre, head of the UNDP’s human development research office in Mexico, is reducing maternal mortality, the rate for which stands at 300 per 100,000 live births among indigenous women, as high as in countries in Sub-Saharan Africa. Mexico’s national average is 60 maternal deaths per 100,000 live births.

The report does not specifically address itself to the MDGs; nevertheless the anti-poverty targets provide an obvious context for its findings. ‘Poverty has been reduced, but the inequality is worrying,’ concludes de la Torre.

What will philanthropy look like in 2011? Taking stock and looking forward