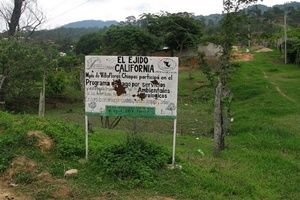 After years of decline, the cooperative movement in Mexico is reviving, but observers say that an overhaul of the regulations governing the sector is needed for the revival to take hold. Cooperatives have scant access to public and private financing, which hampers their creation and operation, so the cooperative movement in Mexico is lagging behind that of other Latin American countries. ‘There are too few resources, there is very little start-up capital and it is difficult to buy supplies and acquire infrastructure,’ says Alma Ortega, a member of the independent Mexican Institute for Cooperative Development. In addition, loopholes in the 1994 law that regulates cooperatives have created problems in implementation and enforcement. ‘Cooperatives are a good way of creating jobs and fighting the food crisis,’ Ortega points out, ‘that’s why we are working for the formation of more cooperatives, and for them to have projects with real impact.’

Recently, there has been some official recognition of both the potential of the sector and the handicaps it currently operates under. In 2006, the Federal District approved the Cooperative Development Law, and in 2009 the Mexico City government launched a programme to promote the social economy in all its forms. According to Senator René Arce, 15 per cent of the country’s economically active population is involved in alternative methods of production. Apart from cooperatives, there are 26,000 ejidos – communities where the land is collectively owned – and 600 worker-owned businesses. ‘This segment of society practises mutual aid and solidarity, exercising direct democracy and economic practices centred on human development,’ Arce said. Meanwhile, another senator, Jorge Ocejo, chair of the Senate committee on economic development, promised in February that a new law would be drafted to correct current loopholes. He pointed out that, far from being poor or representing a marginalized economy, cooperatives in Mexico have total assets of over $8.3 billion, and need a law to stimulate them as well as provide them with legal security.