Microfinance: the dark lining around a silver cloud

Company–NGO partnerships in the Asia Pacific

Microfinance is making all the wrong sorts of headlines these days. From controversy over the public flotation of SKS Microfinance and the sudden disbanding of lauded microfinance charity Unitus, to a regulatory crackdown in Andhra Pradesh, India and rumblings of a government takeover of Bangladesh’s Grameen Bank, this lily has well and truly lost its gilding in the last six months.

But the negative headlines obscure what is mostly good news. Microfinance is at an inflection point to be sure, but I believe it is most likely a positive inflection. The industry is leaving its turbulent adolescence and is ready to become a productive adult contributor to society.

The positive side of the current controversies is that they afford the entire industry a much-needed opportunity for reflection. There is still huge need for financial inclusion for the world’s poor, the problem that microfinance nominally aims to solve. Despite its incredibly rapid growth, the microfinance industry has barely made a dent in that issue, and there has been precious little reflection on how well microfinance is accomplishing the goal. The issue here is not about ‘escaping poverty’ or social versus financial measures – it’s whether the industry is serving customers well.

A big factor in the crisis in Andhra Pradesh is over-indebtedness, but this is far from the only problem. As the recent Microfinance Impact and Innovation conference highlighted, microcredit does not meet the financial needs of the poor very well. The research presented showed not only that microcredit generally has little impact on borrowers but, more importantly, that the poor have large, unmet demand for savings, individual liability (as opposed to group lending) loans, flexible loans and appropriate insurance products. It even seems that microcredit is a terrible product for true entrepreneurs, which in part explains why 99 per cent of microenterprises using microcredit never grow.

The crises thus provide an opportunity to stop just running forward and start contemplating the best way to reach the original goals. MFIs have grown rapidly because capital was available, and borrowers were always happy to take on cheap debt (as they are always, everywhere).

The fact that the epicentre of the current crises is South Asia is a boon to the industry. It is the most mature microfinance market with the most sophisticated MFIs, and the industry is likely to weather the current storm without too much overall damage. We’ll see over the next few months if MFIs the world over begin to take the warnings to heart, and whether the ardour of global capital markets (both philanthropic and for-profit) begins to cool. If so, there are tremendous opportunities for microfinance to develop new products and approaches that truly serve the needs of the poor and financially marginalized – and finally have some of the impact on poverty that has been promised all along. 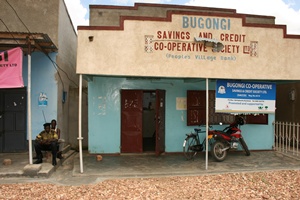 But there are some dark signs as well. The Reserve Bank of India has proposed new regulations for the microfinance industry. While the positive intent of many of these proposals is clear, their net effect will be to calcify microfinance in India in its current – and not very useful – form. For instance, the regulations call for a hard ceiling on the amount a household can borrow, eliminate individual liability and limit the flexibility of loan products. The high capitalization rates required will effectively drive smaller MFIs out of the industry and are likely to have a chilling effect on innovation. That’s a huge concern for the industry overall, as India has been one of the engines of innovation in microfinance. Both for-profit microfinance and the ‘credit-plus’ model emerged from India.

Another concern is the growing political interference in the sector. The crises in Andhra Pradesh and Bangladesh clearly have a political angle (politicians using or creating controversy to serve their own ends). Given the political environment in countries where microfinance is most needed, politicians the world over are now likely to be calculating the advantages of a manufactured microfinance crisis.

So the current state of microfinance isn’t one of dark clouds with silver linings, but silver clouds with dark linings. Overall, the future looks bright. If MFIs and funders engage in some critical self-evaluation, there could be a renewed focus on serving client needs first, and new engines of innovation might emerge.