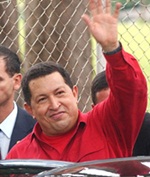 A congress dominated by Venezuelan President Hugo Chavez’s allies passed a law in December barring foreign funding for non-governmental organizations and political parties, adding to a series of measures that critics say aim to stifle dissent. The law, approved by the National Assembly towards the end of last month, puts in jeopardy human rights groups and other organizations who depend on funding from abroad, providing for fines up to double the amount received. It is one of many controversial laws Chavez’s government pushed through in the final weeks of a congress that has had only token opposition presence. A new legislature with a much larger opposition bloc took office on 5 January.

GrantCraft under new management – business as usual only more so?