Beyond hero worship – a Stranglers’ theme tune for Skoll 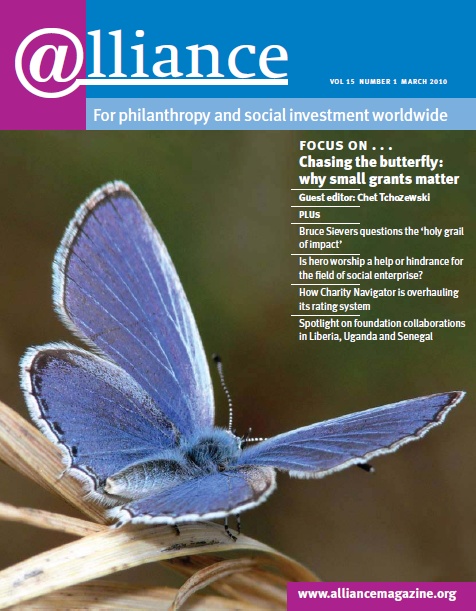 The Skoll Forum is the time of year when half the world – the world of social enterprise, that is – seems to descend on England and for a few days everyone marvels at the wonderful social businesses on show and finds a host of new heroes to champion.

Hero worshipping is hardly a new phenomenon in the business world, whose heroes include Bill Gates, Steve Jobs and Mark Zuckerberg. So it seems only natural that the field of social enterprise should seek heroes. Muhammad Yunus and arguably Jamie Oliver have reached this status and many more are close to it. Focusing on heroes has obvious benefits. First, it is heroes who we hope will discover the technology to combat climate change or find the cure to some incurable illness. Second, from following the hero’s story, other mere mortals might learn how to be successful as well.

It is time, however, to consider the downsides to hero worship. Most people who work in social innovation would like to see the emergence of a new economy where social and environmental outcomes are the mainstream rather than the peripheral activity. I think hero worship could actually be harmful to the pursuit of such an economy.

If we are to create a new economy, with creativity and innovation in pursuit of social and environmental goals at its core, we will need to galvanize the talents of many people from all walks of life. Some will be large ventures, but most will probably be smaller businesses and community-level projects. Some individuals will be full-time entrepreneurs, many will be part-time.

Does the hero worship so beloved of organizations like Skoll and Ashoka assist this? Does it act as a beacon of encouragement, for instance, to a young person in Hackney in north London where I live or in a suburb of Islamabad? Put simply, do hero role models give others the feeling of ‘hey, I could do that too’?

Too often, the portrayal of the hero’s story highlights only the brilliant intellect, the smart quirky tactics and the magic touch that sparks success in everything they touch. Dig a little deeper, however, and you often discover that success rarely came so easy. The fuller, truer picture would reveal a multitude of setbacks and mistakes and the fact that success was as much due to luck as to any brilliance on the part of the innovator. Rarely is this story told. Yet it would make the heroes more human and their work more accessible.

Having worked with young people for many years, I believe that if we really want to enthuse a generation of social entrepreneurs, the role models that work best are those who act and talk like them and do things that are within the grasp of most people. What we need is more honest, warts-and-all profiling of everyday people doing good (and sometimes great) work in their community in ways that are well within the grasp of most human beings.

A second consideration is the role all of society can play in achieving an economy focused on social and environmental needs. Is it not more beneficial to highlight ways in which everyone can play a part in combating climate change (recycling, waste reduction, community energy schemes) or reducing obesity (exercise, food education, organic markets) rather than being passive beneficiaries of the great achievements of a few individuals? 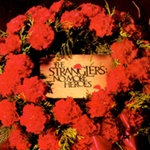 Finally, what effect does hero worship have on the policy and funding of governments, trusts and investors? The likelihood is that showcasing the crème de la crème of social innovation leads to a concentration of resources in the hands of the few. Heroes invariably have the connections and support to make it easier for them to raise finance, and often more than they actually require. Maybe after a day or so at Skoll, we will hear participants quietly singing the Stranglers’ song ‘No more heroes any more’.

Tommy Hutchinson is founder and CEO of i-genius, a world community of social entrepreneurs. Email tommy@i-genius.org