Gorillas in the midst: foundation accountability in a networked age

Governance, Accountability and Fundraising- Hearing the voices of communities

Gorillas – whether or not of the 800-pound variety – are powerful creatures. The presence of a gorilla on the cover of the last issue of Alliance was a winking reference to the sheer size of the Bill and Melinda Gates Foundation. Indeed, foundations have a bit in common with gorillas: powerful, independent and rather unaccountable. 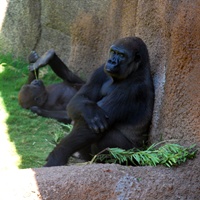 Just as a zoo designer must balance safety and freedom when creating a gorilla exhibit, so must society balance accountability and freedom when considering the role of foundations. The flexibility of the foundation structure offers space for the creativity, risk tolerance and long-term time horizons necessary to tackle society’s toughest challenges. But foundations’ lack of direct accountability – whether to voters, investors or customers – brings with it moral and strategic challenges that have often been discussed in these pages and in many a conference hall.

As fiscal crises cause governments to pull back funding to services and research, the demands on foundations are likely to increase. While the Gates Foundation’s size presents unique challenges and opportunities, it is just one of tens of thousands of foundations – including about a hundred with more than a billion dollars in assets. As a class of organizations with masses of free capital in constrained times, foundations are certain to find themselves under the sceptical gaze of the media, policymakers, academics and the general public.

Indeed, all organizations face a shifting accountability context. Businesses regularly encounter new expectations from consumers and investors about the social and environmental consequences of their operations. Government agencies face evolving demands for openness, citizen voice, and evidence of results. Non-profits are constantly asked for greater detail on programmes, financials and operations.

Technology has supercharged the voice of the many – enabling new forms of communication and collaborative action. The Arab Spring and Occupy Wall Street are not mere Twitter revolutions, but the fluent use of social media from Tahrir Square to Zuccotti Park more than hints at new possibilities in collective action.

Add in the upheavals brought by globalization, terrorism, demographic shifts and climate change and we must ask if the top-down regulatory structures that defined governance in the 20th century will prove sufficient. Centralized government action is surely as important as ever; regulation is here to stay. No organization should use this flux as an excuse to abdicate its fundamental responsibilities. But these changes have resulted in great confusion. How should organizations respond? How do we integrate formal, top-down regulation with distributed, bottom-up accountability?

Luckily our governance mechanisms are catching up with our changing world. We are still early in this transition, but I argue there are four behaviours that are proving necessary for any business, government agency or non-profit to maintain a social licence in this dynamic environment. Together, these behaviours form what University of California political scientist Lee Drutman and I have called the ‘new governance bargain’. By fulfilling their part in this new, implicit arrangement, organizations can retain permission from society to operate without excessive regulatory constraints. What is more, these behaviours can fuel increased effectiveness by enabling organizations to learn better, react faster, and better understand their context. Each of the four behaviours is directly applicable to the unique context of foundations.

The first behaviour is transparency. By sharing basic information with stakeholders, organizations can avoid accusations of opacity, head off false rumours, and prevent the suddenness of a Wikileaks-style exposure. More positively, transparency allows stakeholders to feel included in an organization’s work, enables benchmarking, and supports collaboration and learning. For foundations, the practices outlined in the Foundation Center’s Glasspockets.org site offer a start towards systematic transparency. Tools like Creative Commons licensing and standardized metadata promise new forms of open productivity. At times, of course, foundations must exercise discretion – especially if transparency compromises a strategy, as can be the case when your grantees face an active opponent. But in general foundations can and should move from a stance of opting into transparency when convenient towards a stance of opting out when necessary.

The next behaviour is the measurement of multiple bottom lines. We see the emergence of non-financial measures across society: corporations sharing carbon emissions data, countries dropping GDP in favour of ‘Gross National Happiness’, and non-profits proclaiming that the administrative cost ratio tells nothing of their impact. Foundations with rigorous strategies and evaluation systems can easily do the same. Their measurement systems can and should go beyond endowment size and payout ratio to systematic tracking of the quantity and nature of the work done by foundations and their grantees. As the work of the Robert Wood Johnson Foundation and the Edna McConnell Clark Foundation has shown, a good measurement system can help offer both grantmakers and grantees clarity, insight, and – ultimately – greater effectiveness.

The third behaviour is proactive engagement with stakeholders. Decisions made without reference to stakeholders often elicit fury– and, if one isn’t careful, a boycott, recall election, protest or lawsuit. But stakeholder engagement offers far more than a mechanism for avoiding angry response. Consider the extensive use of focus groups in consumer product development, the role of polling in politics, or the ways that non-profits use social media to engage their communities. Foundations can and must engage with their stakeholders; as the title of a recent Grantmakers for Effective Organizations report put it, ‘Do Nothing About Me Without Me’.

Given foundations’ independent structures, such constituent engagement requires proactive efforts. The Center for Effective Philanthropy’s Grantee Perception Report offers a simple, powerful tool to elicit stakeholder feedback. Innovations like the Peery Foundation’s live Twitter broadcast of a board meeting or the Packard Foundation’s use of a public wiki for strategy development around agricultural pollution promise new ways to learn from our communities.

The final behaviour is collaboration. In a complex, interconnected world, it is a rare organization that can hope to solve a problem in isolation. Complex problems often require the specialization made possible by division of labour and the reach made possible by cross-organizational economies of scale. Collaboratives like the Climate Works Foundation, STRIVE and the True North Fund offer new models of aligned strategy powered by common goals, pooled capital and shared measurement systems. Foundations’ unique perspective on a field and ability to convene key players enable them not just to participate in collaborations but to catalyse them. And their privileged position is much more likely to yield results if grantmakers apply it humbly, fully aware of the power dynamics inherent in any funding relationship.

Together, these four behaviours offer a framework for foundations to be more effective while avoiding unproductive government intervention. They are not simple boxes to be checked: each is an attitude that must be embedded across foundation activities and constantly refreshed. You cannot dial in to a new social contract.

Over the next few years, we will start to learn whether these behaviours are enough. We may well discover they are not and we will have to reconsider the top-down regulation of foundations. But for now, instead of caging our gorillas, let’s set them free – under the watchful eye of us all.

Advisers’ perspectives − Growing confidence and self-confidence in a youthful field