When entrepreneurs grow their ventures beyond the resources of ‘friends and family’, they turn to outside investors for capital. Angel investors are wealthy individuals, usually experienced entrepreneurs, who provide capital for young companies during start-up or expansion; they also, critically, offer business advice and access to their networks. Super angels are those with a track record of successful investments who seem intuitively to sprinkle ‘magic dust’ over young enterprises. Angel networks may have a similar role in strengthening the impact investment ecosystem in Asia.

During our study of Asian giving circles (see the March 2014 issue of Alliance) we observed investing in social businesses by angel networks. While most of this activity was in South Asia, we found examples in Greater China, Korea, Japan and South East Asia. We suggest three broad categories of impact angel network: in-house angels, independent networks and mainstream angel networks.

In-house angels
Since 2002 Mumbai-based Intellecap has provided investment banking, consulting and research to growing businesses that reach the ‘base of the pyramid’ with affordable goods and services. As that market segment matured, Intellecap observed that, while deals of US$2 million to US$3 million secured investment, earlier stage enterprises needing only US$500,000 faced a serious funding gap. These businesses won business plan competitions or incubator grants, but were not yet ready for mainstream venture capital.

Intellecap plugged this gap by creating I3N, its network of impact investors. These, typically senior corporate executives or serial entrepreneurs, will commit up to US$40,000 each to Intellecap’s portfolio of early-stage social businesses and show ‘tough love’ to entrepreneurs through personal engagement. A circle of five I3N angels provides the US$200,000 needed to take a small business to the level that attracts ‘series B’ funding by institutional investors. I3N’s Aditi Shrivastava, who developed the angel network, sees it ‘fostering a new generation of social investors’ committed to both profitability and social value. I3N has over 30 angels and institutional investors such as Aavishkaar, Omidyar Network and Village Capital.

Independent networks
Pakistan had no organized angel network until Kalsoom Lakhani set up Invest2Innovate (i2i) in 2011 to provide angels with a pipeline of early stage businesses with strong social impact credentials. US-educated Kalsoom has a background in venture philanthropy and her approach with i2i challenges the typical bifurcation of ‘commercial’ vs ‘social’ business start-ups. i2i is an accelerator providing training to entrepreneurs and an angel network offering mentoring and the potential investment of ten seasoned super angels. Kalsoom says her ‘angels all have commercial experience and wear their investor hats seriously; what we do is help them understand the social impact of the enterprises we bring them.’

Mainstream angels
In India, well-established angel networks, long the backbone of India’s start-up sector, are migrating to impact investment. Indian Angel Network (IAN) is the country’s oldest and Asia’s largest angel network, with over 130 angels on its website. 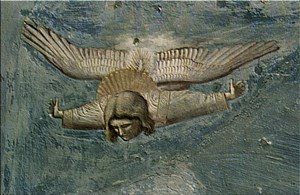 In July 2013 IAN Impact was launched to serve early stage enterprises serving the base of the pyramid. IAN’s president, Padmaja Ruparel, estimates that ‘20 per cent of our angels were already engaged in impact investing when we formalized the impact group.’ Around 12 per cent of start-ups screened by IAN are classified as potential impact deals, with a quarter progressing to the ‘pitch’ stage – when ten or so will present their business case to a regular meeting of angels. IAN Impact’s first investment was made by 14 angels who invested in Gram Vaani, rural India’s first technology-driven social media platform. The investment, reported in the media to be US$500,000, will actively support the growth of the business. Aadi Seth, Gram Vaani’s co-founder, conceived of ‘a media company for social development’ while a graduate student and used grants to build the organization as a non-profit, before realizing it could only grow to scale as a for-profit company. Seth acknowledges the value of the ‘experience and networks’ that IAN’s angels bring to his fledgling business.

Whatever the trajectory of impact investing in Asia in the coming decade, the financing spectrum – from friends and philanthropy to hard-nosed commercial funders – will be more effective if angels unfurl their wings and play their part. (Pictured: An angel unfurling its wings. Fresco from Giotto’s ‘Scenes from the Life of Christ’ in Padua, Italy.)