Dr Barnett Baron, a long-time member of Alliance’s editorial board and for decades a pivotal figure in the development of and support for philanthropy and civil society in Asia, passed away on 8 December 2015.

Barnett served as executive vice president of The Asia Foundation and as president and CEO of the foundation’s sister organization Give2Asia. Earlier, he was vice president for international programs at Save the Children and served for 16 years with the Population Council in Africa and Asia. Before he joined The Asia Foundation in 1993, Barnett was a visiting scholar at the East Asian Institute of Columbia University; there he organized and edited the first and seminal comparative study of contemporary philanthropy in Asia, Philanthropy and the Dynamics of Change in East and Southeast Asia (1991).

Barnett’s colleagues and friends remember him in many ways, and I highlight three of those here. First, in all his work, including many years on the Alliance editorial board, Barnett was a strong supporter of the rise of organized philanthropy in Asia and of serious, analytical research on it. He was our strongest champion in encouraging, mapping and analysing the many roles that philanthropy has come to have in Asia. He is universally regarded as the key pioneer in these efforts in Asia. With the greatest enthusiasm, he strongly supported new generations of researchers in Asia and beyond, and new approaches to research and analysis. Along with others, Barnett created the Asia Pacific Philanthropy Consortium (APPC) in 1994; he served as its founding chairman and on its board for many years. Although he would say that he was part of a group, he was the motivating force and intellectual leader behind APPC’s important activities over nearly 20 years. 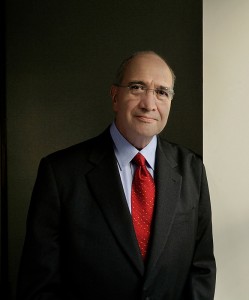 Barnett was a clear-sighted philanthropic leader. Whether at The Asia Foundation, Give2Asia, the Population Council or in his service on boards of directors and editorial boards, he embodied an exceptional intellectual and programmatic clarity and foresight. Combined with a deep understanding of Asia and the contexts of widely diverse Asian nations, this made him one of the most effective philanthropic leaders in Asia over several decades.

Third – although there is much more that could be said about Barnett – he was a clear thinker who never shied from identifying important issues that others had not yet seen, or saying the unpopular thing, if it helped make philanthropic programmes in Asia more effective or helped us all to understand the dynamics of the rise of philanthropy and the role of civil society in Asia and beyond.

The briefest example should suffice to illustrate this: when recently a colleague at the International Center for Not-for-Profit Law (ICNL) and I were writing on the restrictions on civil space in Asia, with support from APPC organized by Barnett, it was Barnett who pointed out what others seek not to raise or to de-emphasize: that sovereign nations have a right, and a role, in regulating civil society and philanthropy, and that perhaps our rights-oriented analysis needs to be tempered with an understanding of the needs and prerogatives of sovereign governments. He raised that issue forthrightly, even though governments often took measures he disagreed with, and in the midst of a valiant struggle with the disease that finally ended his life.

In addition to his many other roles, Barnett co-chaired the United States International Grantmaking project of the Council on Foundations and served on a number of Council committees – including as an important member of the Council taskforce that negotiated with the Treasury Department on anti-terrorism funding guidelines – as well as on numerous other boards and organizations.

Barnett Baron is survived by his wife Udomluck Abhainukool Baron and his daughter, Kathryn. Alliance and the Alliance editorial board mourn the passing of this exceptional philanthropic leader.

Mixed reviews for Zuckerberg and Chan