Mixed reviews for Zuckerberg and Chan

‘Your life should be dramatically better than ours today. We will do our part to make this happen, not only because we love you, but also because we have a moral responsibility to all children in the next generation.’

Thus runs the letter to their new-born daughter, Max, which heralded the announcement on 1 December 2015 by Mark Zuckerberg, co-founder of Facebook, and his wife, Priscilla Chan, that they would give 99 per cent of their Facebook shares ‘during our lives’ – currently worth more than $45 billion – to social and charitable purposes.

This news – and the creation of the Chan Zuckerberg Initiative – has been extensively covered in the US and UK. Some have praised it as an act of generosity emblematic of the ‘new philanthropy’, while others have questioned both the motives and the methods, especially the use of an LLC company rather than a non-profit to receive and distribute funds. Now that the dust has settled, Alliance asked selected members of its 30-strong global advisory editorial board for their reactions:

Nearly everywhere, the response has been mixed. 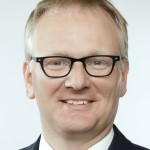 The LLC debate
The structure of the Chan Zuckerberg Initiative is the nub of much of the criticism. On 2 December, ProPublic reporter Jesse Eisinger tweeted that ‘b/c Zuckerberg’s thing is an LLC, he can give to political organizations, SuperPACs, all that stuff, w/money that was never taxed.’ In a piece in the New York Times, the same author wrote, ‘A charitable foundation is subject to rules and oversight. It has to allocate a certain percentage of its assets every year. The new Zuckerberg LLC won’t be subject to those rules and won’t have any transparency requirements.’ Zuckerberg’s response is that his main motive for setting up an LLC rather than a traditional foundation is to ‘gain flexibility to execute our mission more effectively’ and ‘to pursue our mission by funding non-profit organizations, making private investments and participating in policy debates – in each case with the goal of generating a positive impact in areas of great need …we receive no tax benefit from transferring our shares to the Chan Zuckerberg Initiative, and just like everyone else, we will pay capital gains taxes when our shares are sold by the LLC.’

Germany
In Germany, ‘the media coverage and public dialogue was dominated mainly by cautious – or even critical – voices,’ feel Michael Alberg-Seberich and Julia Roehrich of Active Philanthropy. ‘Altruism versus self-interest was a popular headline,’ they note, and in some quarters Zuckerberg`s announcement was seen as ‘a huge PR coup’. The choice of an LLC company was a subject of debate, with ‘critical voices warning of the danger of lobbyism and influencing the political debate’.

Brazil
Public reaction in Brazil has been largely positive, says Marcos Kisil of the Institute for Development and Social Investment. The news is juxtaposed starkly with a political and economic crisis in Brazil in which several business and political leaders are being prosecuted for corruption. 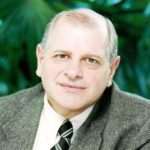 ‘Comparisons with Brazilian wealth made in illegal ways were inevitable,’ he says. However, in the philanthropy community, among the ‘professionals and experts’, he reports some division. ‘On the one hand, some showed great enthusiasm and considered the fact as a proof of how capitalism is able to concentrate wealth and to redistribute it.’ On the other hand, there are some reservations about the use of an LLC company to manage the money. ‘There is a doubt if he is doing philanthropy or making a new form of business through philanthropy.’

Russia
The Chan Zuckerberg announcement doesn’t seem to have made much impression in Russia. ‘I think people regarded it as something very distant from Russia, so I guess indifference is the right word,’ says Maria Chertok of Charities Aid Foundation in Russia. There was no analysis in the Russian media ‘of how they chose to do it and for what reason’. This, she thinks, is a pity, given the fear of lobbying by philanthropists on the part of the present Russian regime. 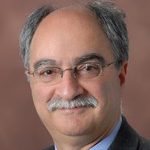 Middle East and North Africa
Nor did the announcement make much of a splash in the MENA countries, says Atallah Kuttab of SAANED Philanthropy Advisory Services. What response there has been, he characterizes as ‘indifference and caution and …waiting to see whether funds will be actually moved from the family ownership to the “philanthropy” entity to make it real or it is just an announcement of intent.’

Interestingly, he is the only one to view the use of the LLC structure as a positive and genuinely innovative development. The choice of an LLC, he believes, ‘makes the blend of profit and not-for-profit real and not just a subsector of philanthropy like it has been till now’.

South Africa
In South Africa, too, the news has received some coverage in the local media, ‘but not overwhelmingly so’, says philanthropy consultant Halima Mahomed. One reason is that, shortly after the announcement, ‘a local high net worth individual, Allan Gray, made a very significant philanthropic contribution, and that has taken over the philanthropy news.’ 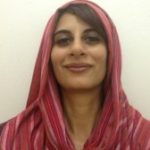 Such notice as has been taken of it falls generally in line with reaction elsewhere. Praise mixed with scepticism: ‘citing lack of accountability; whether this was indeed a charitable effort, questions on the LLC structure, etc.’

India – drowned out by ‘Free Basics’
The news has been upstaged in India, too, largely because of an ongoing controversy involving Facebook. The announcement itself, says Ingrid Srinath of Hivos India Advisory Services, ‘received very wide coverage, mostly positive. The philanthropy community, in particular, was almost entirely laudatory.’

So far, so good, but the news ‘ran quickly up against the severe criticism of Facebook’s new Free Basics, a programme which gives access to selected sites in addition to the social network’s own app. The US company runs the programme with local telecoms operators covering the cost of data charges. Though it runs in 37 countries, Free Basics has encountered trouble in India, where regulators suspended it temporarily in December pending a review of internet pricing rules. Facebook responded with what Srinath calls a ‘high decibel’ publicity campaign, taking out full-page ads in newspapers featuring an article by Zuckerberg in which he described Free Basics as the online equivalent of free public libraries and health clinics. ‘Who could possibly be against this?’ he wrote 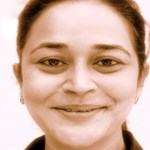 The answer was not far to seek. Among the more serious criticisms was the argument made by some that it compromised net neutrality, the idea that all parts of the internet should be available to its users on equal terms, with Infosys head Nandan Nilekani describing it as a ‘walled garden’ that ‘goes against the spirit of openness on the internet’. Since then, Facebook has relaunched the service in India with clearer rules about how new sites could join but suspicion of the service continues. ‘Overall,’ concludes Ingrid Srinath, ‘the debate over Free Basics completely overwhelmed the philanthropic news

Africans in the US Diaspora
Among African Diaspora circles in North America, ‘the announcement has received attention … but the response has a certain unfortunate déjà vu quality to it,’ says Akwasi Aidoo of Africans in the Diaspora. Unfortunate, he says, ‘because it’s a lot of money and can make a huge difference’. What’s missing for him is some account of how ‘this initiative will connect with the countless others already existing in the philanthropy ecosystem. How will this new tree become organically ​part of the forest?’ 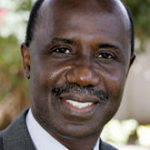 While he personally finds the initiative ‘an awesome expression of a good heart’, what is missing is ‘the strategic framing, which involves careful collaborative and cerebral engagement’. He believes that Priscilla Chan and Mark Zuckerberg are perfectly capable of this, ‘but they need to reach out to practitioners and leaders in the field with track record and global anchorage’. If properly framed, he observes, the gift can be ‘game-changing’.

Let’s wait and see
Altogether, there is a well-marked air of ‘wait and see’ about the responses both in the US and internationally, with more people queuing up to look this exceptionally large gift horse in the mouth than Zuckerberg and Chan might have expected when presenting it. After all, it’s not every day you give away $45 billion and have people find fault.

If the criticism seems rather harsh, let’s end on an optimistic note, from Atallah Kuttab:

‘If the values, anchored in social justice, for such a commitment and investment are kept, then the resources for what we are trying to do in philanthropy to deal with global issues will be much more than ever we dreamed of. To sum up, we should exercise caution in looking at this. But also there is a promise in the action of the Zuckerberg family to take philanthropy to a completely different level and make it a player in the centre rather than the periphery.’