In recent years, the philanthropic sector has experienced many examples of measures that are restrictive to democracy and civil society. A decrease in public funding, legislation that regulates the non-profit sector, detention of activists, curtailment of public assembly – all are symptoms of the so-called democratic and civic ‘shrinking space’. This is not just something happening on another continent or to our neighbours, it is happening on our doorstep. Numerous examples illustrate the situation. In France, the corruption monitoring association Sherpa had its status as a civil party in court cases removed. In the UK, ‘gagging clauses’ in the Transparency in Lobbying, Non-Party Campaigning and Trade Union Administration Act have resulted in anti-advocacy clauses in public grant agreements. In Germany, a major court case is questioning the sphere of charitable activity, with a chilling effect on what might be perceived as anything too political.

Rising populism and extremism, fake news, and challenges to the independence of media should give us real cause for concern.

The use of existing instruments 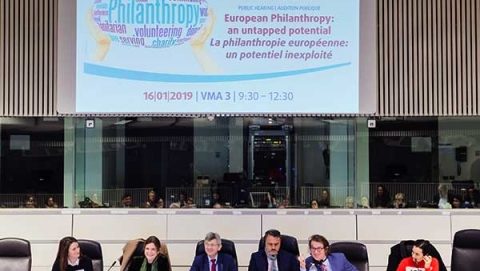 Europe has an Opinion on philanthropy