$397 million in support donated for Ukraine so far

Almost $397 million has been raised in response to the crisis in Ukraine in the two weeks since Russia invaded, according to data from Candid. The figure is likely higher, and will become clearer as grant totals and donations are reported over time – but the initial pledges of funding suggest a global response of support for Ukrainians.

The total includes a $10 million donation from Bloomberg Philanthropies to World Central Kitchen, $21.8 million from the IKEA Foundation to UNHRC, and $25 million from Open Society Foundations towards its Fund for a Free and Democratic Ukraine. 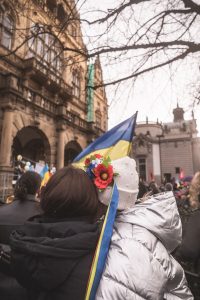 A protest for sanctions on Russia in Bielefeld, Germany. Photo credit: Unsplash.

The aim of OSF’s Fund is to raise $100 million ‘over the duration of the crisis and its inevitably protracted aftermath’, according to a statement by the foundation.

And in fact, the Fund for a Free and Democratic Ukraine is already attracting donations from big funders, including $1 million from the Ford Foundation, announced in a letter from Darren Walker, Ford Foundation President.

‘We have one simple message: we will never abandon Ukraine,’ said Alex Soros, deputy chair of the Open Society Foundations. ‘As Putin tries to wipe the country off the map, we will do all we can for the people of Ukraine. We urge others to step forward and join us.’

The UN estimates that more than two million people have now fled Ukraine, and the UN High Commissioner for Refugees has called the situation the ‘fastest-growing refugee crisis in Europe since World War II.’

A recent message from Eugenia Mazurenko, CEO of the Zagoriy Foundation in Ukraine, shared that because of the invasion, the foundation had already allocated its budget for the entire year. 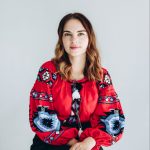 ‘Ukrainian people, agencies, and NGOs are crying for help,’ Mazurenko wrote. ‘They desperately need funds to stay alive, find safe shelter, feed their families, move to safe places, and provide medicines for the sick and wounded.’

The Zagoriy Foundation was established in 2015 to promote civil society and advance the cause of philanthropy in Ukraine. However, since 24 February, the foundation has pivoted to crisis response – focusing on transporting goods, particularly humanitarian aid, medicine, and supplies for civilians; coordinating logistics of help from abroad to Ukraine; and providing financial support to humanitarian headquarters and hospitals.

‘The needs are changing every day, and the Zagoriy Foundation will continue to respond to those needs as quickly as possible and on the strength of all resources available to us,’ Mazurenko wrote, alongside a call for donations to support partner organisations.

‘We see ourselves as a hub to coordinate grants… to different organisations’ needs, as well as helping other charities adapt to new work conditions’, Mazurenko said in an email.[1]

Support for Ukraine has also branched out into crowdfunding and crypto efforts, including GoFundMe pages that have raised millions already. A Facebook fundraiser to provide medical aid and humanitarian support to people on the front lines via United Help Ukraine has raised more than $3 million from 58,000 individual donors.

Tech-savvy donors are also sending cryptocurrency across borders – a funding model that can bypass roadblocks from financial institutions and reach Ukrainian hands more quickly. The Ukrainian government, recognizing this, posted its own request for cryptocurrency donations and reports raising nearly $40 million so far.

More yet to come

The true impact of this crisis is still yet to be felt, and more funding will follow, especially as institutional philanthropy is often slower to react to crises than corporations and individuals.

And funding will hopefully begin to support civil society and democracy education throughout more of the world – a point raised by Ford’s Walker in his letter: ‘One recent analysis from Freedom House shows that, globally, authoritarianism has been gaining and democracy losing ground for 16 consecutive years. Another from Sweden’s V-Dem Institute illustrates that 70 per cent of the world’s people – some 5.4 billion human beings – now live in dictatorships. Put differently, the number of people living in liberal democracies has contracted to 1989, Cold-War-era levels.’

Walker also called for philanthropy to redouble commitments to multilateral intuitions working in Poland, Hungary, Romania, Moldova and other nations on the frontlines of this crisis.

‘Let us honour their sacrifice with our own – for them and for the values we share. As we have before, time and again, let us meet this challenge with resolve, with action, and with enduring hope for justice and for peace’, Walker wrote.

Update: This story was updated on 17 March 2022 to reflect the current total of aid sent to Ukraine.