The worldwide financial crisis is showing few signs of improvement for the civil society sector, with donations down for NGOs from the US to Australia as foundations cut back and aid spending suffers in Africa and elsewhere. A new report on microfinance suggests what was thought to be an unassailable industry is now proving to be vulnerable. But our report from Brazil is more encouraging, as is Rick Cohen’s report that some US foundations are adapting their grantmaking practices in positive ways.

We welcome contributions for future coverage of this issue. Please send updates to caroline@alliancemagazine.org 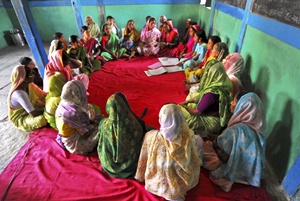 Worldwide recession and declining investor confidence are threatening the global microfinance industry with a squeeze on funding and lower profits after years of confidence, expansion and easy access to funds, according to the report Microfinance Banana Skins 2009 from the Centre for the Study of Financial Innovation. Report editor David Lascelles said the traditional view that microfinance operates in a world of its own with abundant funding and loyal customers had changed: ‘The crisis has shown that it is also exposed to the shocks of the "real economy".’

Meanwhile, as reported earlier in the Alliance eBulletin, online non-profit micro-lender Kiva.org has responded to the deepening financial crisis by extending help for small businesses from the developing world to low-income entrepreneurs in the US.

The United Nations has announced that its worldwide humanitarian operations in 2009 have a budget shortfall of $4.8 billion, more than half of the $9.5 billion it requested from donors. Despite no large natural disasters so far in 2009, the UN has identified 43 million people as in need, up from 28 million in 2008. UN emergency relief coordinator John Holmes said: ‘This recession is driving up humanitarian needs.’ Economic conditions are deepening humanitarian need, while job losses and declining remittances are pushing more people into poverty. Food, health and education are harder to access, while migration, malnutrition and social unrest are likely to grow.

Overseas development aid to Africa rose 4 per cent in 2008, according to the research organization African Monitor. If donor progress is maintained in future years, most countries look set to meet their targets of doubling aid to Africa by 2010 and contributing 0.7 per cent of gross national income.

But the ONE advocacy group founded by U2 singer Bono suggests that the G8 2005 pledge at its Gleneagles summit to supply $21.5 billion in aid to Africa by 2010 may not be met, with expectations of no more than $11 billion by the end of this year. It blames most of the shortfall on two countries: Italy and France. France has given 7 per cent of its pledged amount; Italy just 3 per cent so far. 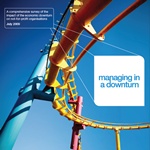 Australian charities are struggling in the economic downturn, with 60 per cent of a 263-sample survey reporting falling revenue in the past six months and slightly more predicting further income falls over the next year, according to a report, Managing in a Downturn, from PricewaterhouseCoopers, the Centre for Social Impact and the Fundraising Institute of Australia. In response, many are finding opportunities to restructure and refocus their organizations, such as sacking staff, raising charges or reducing their activities.

The Brazilian economy has come through the current crisis better than expected, with some economists predicting recovery before the end of 2009 because of international mineral and grain prices. Such good news also affects the level of philanthropy, especially the business sector, a major player in Brazil today. Over the last month a number of companies have restarted their corporate philanthropy programmes, although they are still cautious compared with before the crisis. A good indicator is the number of companies seeking support from the Institute for the Development of Social Investment (IDIS): in the last months we received ten requests for support compared with an average of three in previous months.

A mixed picture for giving in the US

Although charitable giving remained strong, US charitable giving last year fell by the largest percentage in five decades, according to a new study by the Giving USA Foundation. Individuals and institutions made gifts and pledges of $307.65 billion, down 5.7 per cent on an inflation-adjusted basis from the $314 billion given in 2007. But community foundation giving was up an inflation-adjusted 2.7 per cent to $4.6 billion in 2008, according to Key Facts on Community Foundations, a new report by the Foundation Center, while the Committee Encouraging Corporate Philanthropy’s annual survey found mixed results in US corporate giving in 2008.

Meanwhile, the W K Kellogg Foundation is closing offices in São Paolo, Brazil, and Pretoria, South Africa, because of last year’s asset declines of almost 22 per cent. The decision follows the Ford Foundation’s decision to close offices in Moscow and Vietnam.

Fall in giving forecast in US but grantmaking practices adapting

Most US foundations expect to give less in 2009 and there are some indications that giving will decline further in 2010, according to a report from the Community Development Investment Center.

The Economic Crisis and Community Development Finance: An industry assessment includes an annex on ‘Philanthropy during the Downturn’ by Nonprofit Quarterly national correspondent Rick Cohen. Cohen suggests that comparing this recession to others of the recent past, from which foundations were able to ‘bounce back in a year or two with increased endowments and grants’ may underestimate present problems that could mean ‘many of the nation’s most important non-profit organizations serving and giving voice to the needs of the poor and disadvantaged’ may not survive.

He adds: ‘This downturn might affect foundation endowments more akin to the great depression than to the September 11 recession … the cumulative work of foundations building a non-profit infrastructure across the United States might be eviscerated unless foundations come to grips with their obligation to sustain the investments they have made in civil society.’

More encouragingly, having reviewed a range of foundation surveys, he highlights the fact that some foundations are responding to a rise in grant applications from charities affected by the recession by increasing the proportion of their budgets allocated to funding general operating costs, while others are encouraging mergers.