Foundation transparency – how far should we go?

Foundation transparency – how far should we go?

Earlier this year, a call from New Philanthropy Capital for foundations to be more transparent sparked some lively debate.

NPC’s proposal, contained in its response to a consultation on the UK’s civil society strategy, asked the Government to consider removing tax exemptions from foundations which don’t share their grants data with the 360 Giving initiative.

While the idea is perhaps more of a constructive provocation and a conversation starter than  a firm recommendation for policy change, it’s worthwhile considering the broader question of whether foundations should be compelled to publicly share information about their grants.

As I’ve previously written in an Australian context, enhancing transparency within philanthropy is worthwhile and has many benefits. A lack of grants-level data showing where, who and what foundations fund stands in the way of the effective allocation of limited philanthropic resources. Without such data, the task of targeting and coordinating funding is made more difficult.

For example, if a foundation is looking at funding initiatives to address homelessness in a particular community, it helps to know who is already funding in that area and which organisations are being funded.

Perhaps there are opportunities for foundations to collaborate and align their funding more strategically to avoid duplication. Alternatively, the area may already be relatively well-served by philanthropic support and other communities which are neglected could benefit more from new funding.

‘Even if most philanthropists are fine with enhanced transparency, it does raise the question of why we need to actually compel them to be more transparent. Shouldn’t they be doing so voluntarily?’

This lack of grants-level data also makes it harder to show how private wealth is serving the public good. We can talk about philanthropy providing billions of dollars or pounds or euros in funding to the community each year, but that can be a bit of an abstract notion to many people.

If we can pinpoint the contribution of philanthropy within specific communities, that is a powerful way of demonstrating its impact. It’s powerful not only in terms of highlighting the role of philanthropy to the broader public, but also a useful tool when talking to elected representatives about the importance of a supportive policy environment for philanthropy.

This is related to the ongoing task of maintaining philanthropy’s legitimacy and ‘social licence to operate’, something I’ve also written about previously.

Given what I’ve written above, I may sound like I’m generally in favour of compelling foundations to publicly share information about their grants, as floated by New Philanthropy Capital.

However, on balance, I don’t think it’s a good idea, for the following reasons.

A legitimate desire for privacy
Some philanthropists are concerned about their privacy. While some may be judgemental of that, I think it’s also important to recognise that this doesn’t mean those philanthropists are ‘hiding something’, but usually just reflects a genuine sensitivity on their part. ‘Charities involved in opposing the changes in Australia, which have now been scaled back considerably, have made clear that many of their donors value their privacy ‘

Imposing new transparency and reporting requirements over and above those which already exist may be detrimental to growing philanthropy, and may deter some from establishing foundations.

I say this based on my experience working for Philanthropy Australia, the peak body for philanthropy in Australia, for over four and a half years and having often discussed this issue with our members. Some are very comfortable being open about their philanthropy and others are not.

More recently, the debate around proposed amendments to Australia’s electoral laws has further confirmed this.

Charities involved in opposing the changes, which have now been scaled back considerably, have made clear that many of their donors value their privacy and want to continue to fund non-election related policy advocacy without having new public requirements imposed. The ‘Hands Off Our Charities’ coalition leading the opposition included this as one of their ‘red line principles’ that they would assess any amendments against, which shows just how important privacy is to some philanthropists.

In a politically polarised era, sensitivity about privacy is also understandable given that some philanthropists may give to controversial or unpopular causes, and therefore may be concerned about the possible repercussions of this.

‘Compelling foundations to publicly share information about their grants is really about trying to enhance the effectiveness of philanthropy.’

Related to this, there are also instances where transparency can be counterproductive and even harmful. If you’re a foundation funding LGBTIQ+ rights organisations in Tanzania or refugee support organisations in Hungary, I’m not sure transparency about your grants will be helpful and discretion is likely to be the better approach.

Some people may say that my concerns are overblown and that most philanthropists are actually fine with enhanced transparency. However, those kinds of statement need to be backed up evidence, and the burden of proof is on those pushing for change. But it is an interesting question, and one I may even research more systematically myself in an Australian context at some point.

Even if most philanthropists are fine with enhanced transparency, it does raise the question of why we need to actually compel them to be more transparent. Shouldn’t they be doing so voluntarily?

Perhaps we should be making it easier for them to do that – for example by enabling a foundation to tick a box when submitting its annual return to the relevant regulatory body, which then sends their grants information to platforms like 360 Giving.

Conceptual concerns
The second reason I’m not in favour of compelling foundations to publicly share information about their grants is more conceptual.

It’s legitimate for governments to regulate philanthropy. Governments provide foundations with tax exemptions in order to incentivise the creation of foundations and to increase the flow of funds towards furthering charitable purposes, so it’s understandable that governments will want to ensure that these objectives are being met.

‘I think this does justify some form of transparency, such as disclosure of foundation information including financial details, for example on the Charities Commission for England and Wales’ Register. This is expected of all charities, and it should be no different for foundations.’

This provides a rationale for government-imposed regulation such as reporting requirements to charity regulators and/or taxation agencies, as well as restrictions on certain types of conduct, such as self-dealing which may lead to foundations diverting their assets towards providing private benefits to their trustees and/or staff.

In my view, it’s also a rationale for a minimum payout for foundations, a requirement which I have previously written in support of and which I know is a controversial topic in places where payouts don’t currently exist. However, beyond ensuring that foundations further charitable purposes, I believe there is little justification for additional regulation.

Compelling foundations to publicly share information about their grants is really about trying to enhance the effectiveness of philanthropy. As I have argued above, that is a worthwhile objective, but not one which justifies government-imposed regulation.

Part of the magic of philanthropy is its autonomy, and that autonomy needs to be respected. If governments are to determine what foundations should or shouldn’t do in order to make philanthropy more effective, it becomes difficult to draw lines.

Could regulation or taxation be justified in other areas?

Here are two possibilities. First, it is recognised that there is a lack of diversity within foundations. Does that mean that there should be government-imposed regulation to mandate diversity? That’s an idea that’s recently been floated by a member of the Association of Charitable Foundation’s Diversity, Equity and Inclusion working group.

My answer to both those questions is a firm ‘no’. And it’s for the same reason that I don’t think that foundations should be compelled to publicly share information about their grants.

‘We need to do the hard work of driving change ourselves within philanthropy. This requires us to do the research, make the arguments and provide the opportunities for foundations to embrace transparency voluntarily.’

Yes, we need more diverse foundations, more general operating support, more transparency and a range of other changes within philanthropy. But we should avoid lunging towards government-imposed regulation as the solution, thereby surrendering the autonomy of philanthropy.

Perhaps the strongest argument in favour of compelling foundations to publicly share information about their grants is that it’s ‘not their money’ and the community therefore has a ‘right’ to see where it goes.

Who ‘owns’ foundation assets is a complicated question, and not one to be explored in any detail here. But it’s fair to say that the assets are neither public nor private, as they are held in trust to be used for charitable purposes.

I think this does justify some form of transparency, such as disclosure of foundation information including financial details, for example on the Charities Commission for England and Wales’ Register. This is expected of all charities, and it should be no different for foundations. ‘We need to do the hard work of driving change ourselves within philanthropy.’

Change must come from within the sector
In Episode 5 of the Alliance audio podcast from April this year, the Wolfson Foundation’s Paul Ramsbottom stated (and I paraphrase) that it’s better that foundations are encouraged to be more transparent because it’s best practice and it’s a way to be an effective foundation, rather than it’s being something that’s compelled by law. And he’s right, because if the argument is compelling, then it should resonate.

We need to do the hard work of driving change ourselves within philanthropy. This requires us to do the research, make the arguments and provide the opportunities for foundations to embrace transparency voluntarily.

That’s why it’s great to see initiatives such as 360 Giving and Philanthropy Australia’s recently launched ‘Foundation Maps Australia’ platform which has been developed in partnership with the Foundation Center and already captures one third of all structured philanthropy in Australia.

I’m keen to see those kinds of initiative flourish, and for more foundations to use them to share the grants information. And we should keep the debate about transparency alive, because ultimately more openness and transparency in philanthropy will be a good thing – but it’s something I believe we must achieve ourselves. 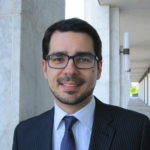 Krystian Seibert is an Industry Fellow at the Centre for Social Impact at Swinburne University in Melbourne, Australia and a Policy Adviser to Philanthropy Australia.