Is there such a thing as a ‘career in philanthropy’? Absolutely

Too little focus on systemic change

Why do dictators lock up the poets first?

Over the past several years, I’ve had the fortunate opportunity to delve deep into the topic of talent management in philanthropy. (For more on this underappreciated topic, see the September 2014 issue of Alliance.) When discussing this work with colleagues, from time to time I hear a question that quite puzzles me: ‘Is there really such a thing as a “career in philanthropy”?’ From where I stand, the answer is a resounding ‘Yes’!

The term ‘philanthropy’ of course has many definitions, so what do I mean by a ‘career in philanthropy’? For the purposes of this discussion, I’m describing a professional sector that includes private foundations (grantmaking and operating); publically supported grantmaking organizations (community-based foundations, women’s funds, intermediary re-granters, and NGOs that include grantmaking as a major part of their operations); corporate foundations and corporate grantmaking programmes; impact investors; academia focused on foundation and grantmaking practice; and the infrastructure that supports these players (foundation associations, funder affinity groups, philanthropic advisers, and related entities). And let’s throw Alliance into the mix as well!

With this far-reaching definition of the philanthropic sector, it gets a bit easier to see how it just might be possible to enjoy a fulfilling and productive career in philanthropy.

Career pathways in philanthropy
My own experience shows the kind of career path one might take. I first cut my teeth in the sector working at Oxfam America, an international NGO with a considerable focus on grantmaking to local civil society organizations. I next moved on to Grassroots International, a grantmaking public charity funding social movements. Next up was a ten-year stay as founding director of Grantmakers Without Borders, a funder affinity group. While there, as a side interest I co-founded New England International Donors, a place-based philanthropic association aimed at strengthening philanthropic dollars for global purposes from the New England region of the US. I next spent some time in South Africa developing and piloting a foundation grantee perception protocol. I then went over to the Council on Foundations, a major US philanthropic association, where I served as managing director for global philanthropy. For the past two years, I’ve been an independent global philanthropy professional, working with foundation clients on programmatic, strategic and administrative challenges. All in all, I’ve enjoyed a richly fulfilling career in philanthropy now approaching three decades. 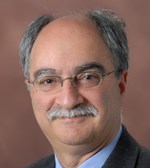 Atallah Kuttab took a particularly big leap into philanthropy, beginning his career as an engineer. After working with the international NGO sector in the MENA region, Atallah made a move into the Arab foundation community, eventually founding the Arab Foundations Forum as well as SAANED, a philanthropy advisory organization focused on the Arab region. His career shows how an individual with talent and an entrepreneurial spirit can forge a career in philanthropy where the sector is small but poised for growth.

Chris Cardona, program officer for philanthropy at the Ford Foundation, knew early on that he wanted to work within the non-profit sector in a way that related to his Hispanic heritage. 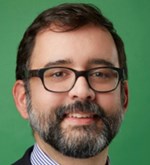 Chris landed at Hispanics in Philanthropy, a philanthropic association, where over a number of years he filled nearly every conceivable role, helping him develop a wide range of skills. After obtaining his PhD, Chris went on to lead the philanthropy practice of a large consulting firm. Chris shows us a career path very much focused on the development and promotion of effective philanthropic practice.

Chris Goett, currently senior program officer at the California Community Foundation, has built his career around a passion for grassroots community empowerment. Outside philanthropy, Chris has worked as a community organizer and in low-income community investment. 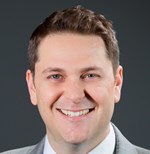 Emilienne de Leon is executive director of the International Network of Women’s Funds, a global association promoting philanthropy with a feminist perspective.

Emilienne began her career in a non-profit association in Mexico and later moved into philanthropy as executive director of a Mexican women’s fund. Like many of our colleagues in philanthropy, Emilienne views her work in philanthropy not in isolation but as part of the broader movement for social justice.

Filiz Bikmen has always had a passion for the development of human capital. She transitioned into philanthropy after ​an initial career ​as an organizational psychologist and consultant in the field of change management in the private sector. 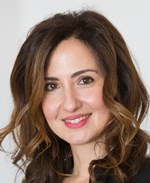 Her entry into the third ​sector began with the umbrella organization of foundations in Turkey and has since ​expanded to include various Turkish and international foundations in a range of roles. A common thread weaving through Filiz’s experiences is her ultimate objective of helping to create more meaningful livelihoods. ​

Janet Mawiyoo is CEO of the Kenya Community Development Fund. Prior to joining KCDF, Janet’s long career had included time working in the Kenyan government, with a bilateral aid agency, and with international NGOs working in Kenya and Tanzania. 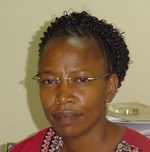 Of all the roles Janet has played, she finds her work in philanthropy most rewarding: being able to identify and directly provide resources to the most talented changemakers working at the grassroots level. 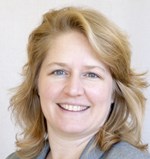 Millie Brobston felt a strong calling to work in social justice, but she found that she didn’t have the personality for direct, frontline work. Instead, she saw her role as an ally, helping to leverage support for those on the frontlines. That recognition led to a fine career in philanthropy, working at several private and public foundations in the US and Central America and currently as programme officer for special interests at the Oak Foundation. Millie’s career shows how philanthropy can offer a valuable professional complement to frontline activism.

Susan Beaudry is currently director of programs at the Osteopathic Heritage Foundation, a private foundation based in the US state of Ohio. 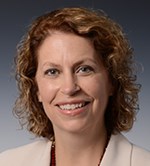 Getting to this point in her career has seen Susan play the role of programme officer at several private foundations, in management positions at several philanthropic infrastructure organizations, and as a philanthropic consultant. Working remotely from a rural region for much of her career, Susan demonstrates that one needn’t be located in a major city to thrive in philanthropy.

Terry Odendahl’s long career in philanthropy has included work at five foundations, two philanthropic support organizations, within academia, and currently as executive director and CEO of the Global Greengrants Fund.Terry is passionate about reforming the philanthropic sector to make it more accountable and responsive to grassroots and marginalized communities, and her approach to this passion has been to build a distinguished career from within. 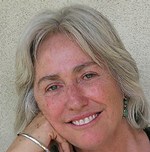 These examples are just a sampling of those I could have shared. They show that a wide range of backgrounds, experiences and other factors can all lead to a fulfilling career in philanthropy.

The role of university education in careers in philanthropy
How important is an academic background to a career in philanthropy? There are a few examples of individuals who have made a mark in philanthropy without a college degree – think Richard Branson. But that’s the exception to the rule, and one wishing to pursue a career in philanthropy should assume time at university. Certainly the discipline one learns through academic studies comes in handy, as do the skills a good university education can provide, including critical and analytical thinking skills. Academic credentials can also be an important part of one’s resume, and most potential employers would expect at least undergraduate studies.

As for what one might study, there are a number of possibilities to choose from, but degrees in non-profit management, organizational development, social work, law, international relations and political science are a few that have served members of the community well. My own favourite, and the one I pursued: anthropology. This work is, after all, at its essence about people.

What it takes to make a career of philanthropy
Whatever the path one chooses, there are likely to be a set of essential qualities one needs to make a go of a career in philanthropy, especially one entailing a range of organizations. An analysis of the careers of the individuals described above, as well as of others interviewed for this article, suggests a range of valuable attributes: flexibility and adaptability, diverse skills and expertise, intellectual curiosity, a desire to constantly stretch oneself, strong networking skills, geographic mobility, an entrepreneurial spirit, tenacity and perseverance, and, most of all, a genuine passion for philanthropy and a deep desire to make a meaningful contribution to the sector.

What qualities don’t lend themselves to a career in philanthropy? Narrow interests and skills, the need for rigid goal-setting, and cynicism come to mind. Most careers in philanthropy came about somewhat accidentally and organically, with a high degree of unpredictability, even fragility. If you’re not comfortable with professional ambiguity, philanthropy may not the career for you. And while it’s possible to make a career in philanthropy based in one location (working remotely or in a city with a large sector), individuals with limited geographic mobility may find their professional options constrained.

No doubt a career in philanthropy is a far easier prospect in places like North America and Europe, where the sectors are large, than in places where philanthropy’s total labour force is small – either because there are few foundations (as in Russia) or because foundations, though many in number, tend to be unstaffed, family-run operations (as in China) – or where the sector lacks the prestige to believe it needs a professional workforce (a situation found globally).

Despite these and other challenges, there is very much such a thing as a ‘career in philanthropy’, and with the right drive and a bit of luck, professional achievement is within reach. For those of us who have made a career in philanthropy, there have been few regrets.

As Susan Beaudry shares, ‘Working in philanthropy affords on a daily basis the opportunity to hear and learn from brilliant, experienced, compassionate practitioners their best ideas for addressing the pressing issues of our communities. This is a great privilege, to be treated with care and humility.’

Thank you John, Firstly for answering a question I've been pursuing in my studies as a college student, and also answering a lot of life questions I've had for years. For example, I have always known I wanted to have a diverse career and not get stuck into doing something I don't love. Secondly, I've always thirsted to help others, but I thought only rich business owners and investors were philanthropists. This is the first published work I've ever read that highlighted example paths on the road to philanthropy, that not only gave me more insight, but I'm sure has reached and benefitted the lives of others as well. Thank you again for the work you do to better mankind.

Great Article! I am just starting my job in the field, and like was said I sort of stumbled into it. I am now looking to pursue a degree in philanthropy. I am currently working in the United States with a non-profit. But I was curious if the skills that I would gain in an USA based job, and education, if they would translate globally? Is there a reccomended course or platform that might be helpful to learn how to be affective in a global setting? Especially for Europe and Aisa? Thank you!

Dear John, A good piece and one that needs developing. Having logue taught philanthropy for the last seven years to gMasters students at Sciences Po in Paris, I am asked that question quite frequently and the answer is not as simple as it seems and dépends on where you are and you own skills. The other question I think we should explore is the around teaching philanthropy, more established in the United States, but now developing more seriously in Europe. Let's keep the dialogue going. Best, Judith (Symonds)

The SDGs and climate change: a chance to join the dots