Public opinion is central to the modern human rights movement

In recent years, it has felt that human rights advocates have regarded majority public opinion as something to be contained or ignored rather than nurtured and mobilised. In doing so, advocates have concentrated more on hard won laws, institutions and the rules-based order and less on the public opinion upon which, as George Orwell observed, our freedom depends.

Yet today these same pillars of democracy and human rights – including the space for human rights groups to operate at all – are facing a serious threat from populist leaders and movements whose core strength is their mastery of storytelling. Alongside the new opportunities that digital media provide to target and influence people, the consequences of this lack of investment by human rights groups and their funders in capturing the public’s ‘hearts and minds’ has become all too clear. Against the simplicity of populist slogans – whether Trump’s ‘Make America Great Again’ or Bolsonaro’s ‘Brazil Above Everything, God Above Everyone’– human rights campaigners have struggled to get their messages through.

Public susceptibility for populist ideals has begun to refocus the attention of human rights groups on the importance of enlisting, sustaining and mobilising broad public support, particularly through strategic communications and narrative strategies. However, there is a danger of ignoring lessons already learned.

Funders should see the promotion of positive public attitudes as an end in itself, an essential element of long-term and sustainable progress on the issues that we are working.

This is why we’d like to share some of the lessons derived from the Thomas Paine Initiative (TPI). TPI was a collaborative grant making initiative established in the UK in 2012 by a group of foundations concerned about growing hostility towards human rights laws in the UK. Over the course of its existence, TPI provided around £2 million in funding to establish and strengthen human rights communications efforts. These included launching Equally Ours and social media-based Rights Info.

While the projects that TPI has supported have generated important learning for NGOs around how to communicate more effectively, what lessons are there for funders themselves? 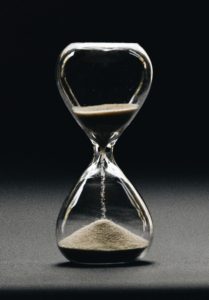 ‘It takes time to change thinking and shift values so grant makers need to take the long view.’

1. Promote and fund narrative change work as a strategic focus in its own right
TPI was established in response to a perceived crisis – one of fear of losing the UK’s domestic human rights law, rather than losing public support for human rights. It continued to rely on that sense of peril and urgency to command donor support for work on public attitudinal change. This was a mistake.

Funders should see the promotion of positive public attitudes as an end in itself, an essential element of long-term and sustainable progress on the issues that we are working.

Building public support is therefore something that should be integrated into grant making strategies right from the outset. It takes time to change thinking and shift values so grant makers need to take the long view. They should invest seriously in these efforts and give it the same amount of priority that they have to other strategies in the human rights ‘tool kit’, like strategic litigation. We cannot build stronger public support through reactive, time-bound project grants.

2. Recognise that effective messaging is rooted in science and research
Narrative change research and effective communications involves expert knowledge, skills and capacities. It requires deep listening to understand how public audiences think and the values that motivate them using complex qualitative and quantitative research techniques and tools.

Efforts to build public support need to be grounded in this expertise and not driven by ‘guesswork’ about what will move audiences. Funders should be willing to invest in these tools and gather the data that underpins their successful use.

Donors can help create platforms for the pooling and sharing of research, such as public attitudinal research as well as supporting communities of learning and practice.

We must also invest in growing the culture, discipline and practice of strategic communications over the long term, just as we have strategic litigation and other arms of practice. TPI, for example, supported the establishment of a new strategic communications hub, Equally Ours, to build and share knowledge of how to communicate effectively about human rights, across a range of organizations small and large.

Donors could emulate the approach of donors in, for example, the technology sector to create a fellowship to bring communications professionals into the sector. This could be a powerful way to instill the discipline of narrative change in the human rights field while offering much needed new capacity to the sector.

3. Create a culture of sharing and learning of good practice and knowledge
Narrative change needn’t become the sole preserve of bigger and more wealthy international or national NGOs. Donors have a clear role to play in democratising the knowledge, insight and skills needed to win public hearts and minds – and should be working together to do so. 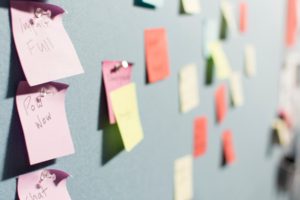 ‘Donors can help create platforms for the pooling and sharing of research.’

There is a wealth of guidance available to support organisations to adopt good practice (and avoid bad ones) without having to conduct their own expensive research, such as that produced by Heartwired, PIRC, the Frameworks Institute, Thomas Coombes and the Narrative Initiative. Much can also be gained from reading the research produced for other fields, for example on reframing poverty, the economy, or climate change.

Donors can help create platforms for the pooling and sharing of research, such as public attitudinal research as well as supporting communities of learning and practice. All too often, this valuable data and expertise is kept ‘close to the chests’ of those who have commissioned it.

4. Creating a compelling message is only a first step – getting the message out there is the hard part
Just as it takes time to shift public perceptions, helping a sector to communicate differently takes time and resources. It’s not only a question of building expertise; groups will need support to adapt deeply ingrained habits in the way they communicate and, especially, to frame their calls in ways that speak to those with different values.

Support should be given by funders to enable the change in culture that this may require – and not just financial support. For example, the Fund for Global Human Rights and JustLabs are launching a Narrative Hub, a collaborative initiative to test and share learning from a set of pilot projects designed to shift negative narratives being used to smear and attack civil society actors around the world. The pilot projects have been developed with NGOs and experts in communications and other disciplines. Through this process of co-creation, human rights groups are more likely to have bought into the implementation of the projects – and will have gained practical experience of developing narrative projects that they can use in the future.

An increasing body of thinking about values-based communication and social change suggests that the answers lie on working beyond thematic silos, recognising the interconnectedness of our shared values and that ‘no cause is an island.’ 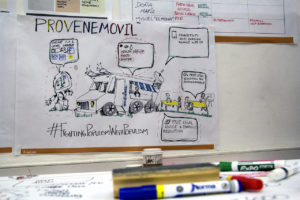 There are also deeper questions about what to do when human rights groups are viewed with mistrust by the segments of the public that they are trying so hard influence. As Koldo Casla highlights, this mistrust can have its basis in some fundamental issues around the way that the human rights movement has been composed – for example, a lack of engagement of human rights groups on ‘bread and butter’ issues, or a or a lack of work within communities, especially outside of capital cities. In his words, ‘the problem is not what we say but who we are’.

This is a time when the human rights movement has been reflecting deeply about how it needs to change – something that the upcoming edition of Alliance on human rights will be discussing. Many of the changes identified will need to go ‘hand in hand’ with our communications efforts for them to be truly effective.

5. Think beyond ‘your’ sector and create opportunities for new collaborations rooted in shared values
An increasing body of thinking about values-based communication and social change suggests that the answers lie on working beyond thematic silos, recognising the interconnectedness of our shared values and that ‘no cause is an island.’ How might we defeat a common threat – populism – by aggregating our efforts behind strategies that can lead publics towards the values needed to sustain support for a range of progressive causes? Donors can help by forging cross-cutting links between different fields and thematic areas and by being open to new forms of collaboration.

Eleanor Roosevelt said that human rights were ‘in our hands’ and called for ‘concerted citizen action’ to ensure that human rights had meaning in the ‘small places close to home.’ We must not give up on ensuring human rights mean something to people in their daily lives – we cannot cede these small places to the rhetoric of nationalism and xenophobia.

Philanthropy must support such crucial work to develop, grow and spread. Public opinion cannot be left to chance.

Neil Crowther is Director of the Thomas Paine Initiative

Time to change the way we invest