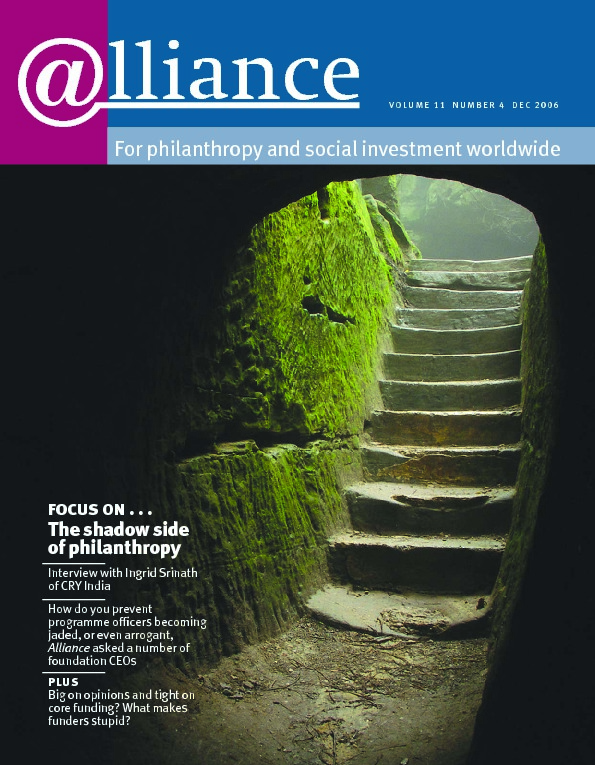 On 22 September directors and trustees of around 15 mainly UK-based foundations came together in London to discuss the possibilities of working more closely together (at least another 10 are interested but were unable to attend). This was the first full meeting of the Woburn Place Collaborative (WPC) (earlier steering group meetings have been taking place in the offices of the Association of Charitable Foundations in Woburn Place).

This informal group of foundations aims to support more progressive social change philanthropy – though the language used to describe this has been an issue from the beginning – and to enhance the research and development capacity of foundations in this area.

The session on 22 September focused on practical ideas for collaboration. A series of initiatives were presented which participating foundations were invited to join. They include:

It was also agreed that WPC members would initiate an annual colloquium on social change philanthropy. As Charlie McConnell, Carnegie UK CEO, stressed, this must be seen as a stimulating event in the foundation calendar – not a conference but a chance for deep thinking and real conversation. There was no shortage of volunteers to fund and organize the first event.

But language is an issue that won’t go away. When the idea of closer foundation collaboration was first mooted in Edinburgh almost a year ago by Carnegie and Cadbury, it soon became apparent that terms like ‘social justice’ and ‘social change’ could be offputting to some trusts in the UK. Part of the challenge for WPC stems from its commitment to include trustees as well as CEOs. One participant said that the language of ‘making a real difference’ works with her trustees – but it still leaves open the question ‘what sort of difference’.

There have been attempts to take an ‘adjectival’ approach, describing the group as progressive, radical, creative or adventurous. It has been suggested that the term ‘progressive’ applies to operations as well as purpose, so more or less equating with effectiveness – a term which foundations of every hue can safely gather around.  However, the organizers stressed at the meeting that what underpinned membership of WPC was a common concern to address issues such as social injustice more effectively.