Why philanthropists should not fund the arts

The recent Alliance special feature on arts funding in philanthropy, despite its broad view, fails to take seriously the fundamental question: should philanthropic funds be devoted to the arts? Remarkably, although many of the pieces explicitly or implicitly acknowledge that a great deal of philanthropic funding of the arts is little more than tax-subsidized privilege, no one goes on to suggest that something should be done about it.

‘There is an abiding idea that arts funding is elitist, that it goes to the promotion of so-called “high” art and culture – classical music, opera, ballet – enabling the privileged to enjoy their privileges,’ write Andrew Milner and Caroline Hartnell in an article summarizing a wide range of perspectives. ‘Undoubtedly some of it does, but it doesn’t have to.’ This is perhaps the weakest defence imaginable.

‘If a large percentage of funding is in fact privilege masquerading as philanthropy, then do we not have a duty to call this out and confront it head on?’

Before moving on to arts funding that doesn’t fall into that category, it would seem imperative to at least put a reasonable percentage on the amount of philanthropic arts funding that goes to naming rights on concert halls or wings of museums that primarily cater to the wealthy. In the United States we are witnessing the grotesque situation of the Lincoln Center, one of the country’s major arts centres, paying a former donor’s heirs (the Fisher family) to take a name off a concert hall in order to receive even more money from a different donor (David Geffen). And yes, this is all tax-subsidized ‘philanthropy’. If a large percentage of funding is in fact privilege masquerading as philanthropy, then do we not have a duty to call this out and confront it head on?

Further, as many of the articles also note, a great deal of ‘arts’ funding is instrumentalist, its true goal to accomplish some other form of social change, be it empowering women (Sarah Mukasa) or other marginalized groups (Santosh Samal), encouraging a social justice revolution (Katherine Watson) or just changing health behaviours (Fiona Ellis and Hania Aswad citing the Gates Foundation).

‘We are still left with the core question: should philanthropy fund the arts? The possibility that the answer is “no” has to be taken seriously.’

Barry Knight’s challenge to this type of arts funding is on point. Just because marketing and communications is wrapped in pretty clothing doesn’t change its nature. An advertisement written by Molière and photographed by Man Ray is still an advertisement. While I by no means begrudge using the best tools available for the job, it seems to me that we are not really addressing the actual question of whether philanthropy should fund art if the answer is that art is a tool in pursuit of other goals.

If we then exclude instrumentalist and privilege-maintaining funding from consideration, how much philanthropic funding of art for art’s sake is there? Does anyone know?

But even setting these classification questions aside, we are still left with the core question: should philanthropy fund the arts? The possibility that the answer is ‘no’ has to be taken seriously. 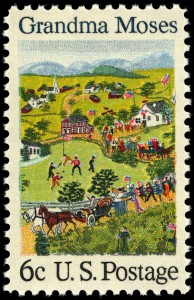 That answer emerges from the most passionate defences of the arts on their own terms: the creation and enjoyment of art is fundamental to human nature. All philanthropy should begin with the question: what would happen without these funds?

The immutable human yearning for art means that art will happen. Indeed a brief look at history shows that tyranny, poverty, even madness are no true barriers to art – Solzhenitsyn, Basquiat and Van Gogh put paid to those notions. Most of human history has been lived with 90 per cent or more of the planet’s population living in what we today call extreme poverty. And yet art flourished. And this is true not only of ‘great’ art but also of the everyday. You need not spend much time in even the poorest of places before encountering human beings creating something of beauty. Philanthropists weren’t the motivating force behind, say, the Arts & Crafts movement or Grandma Moses.

The biggest barrier to art is not the lack of philanthropic funding but the number of people on the planet whose lives are constrained by disease, hunger, violence, enslavement and death. It is illogical to advocate for a right for everyone to experience art but ignore the people who do not get to exercise that right not because there is no local art centre but because they are dead or disabled by disease or torture.

‘It is illogical to advocate for a right for everyone to experience art but ignore the people who do not get to exercise that right not because there is no local art centre but because they are dead or disabled by disease or torture.’

It is not enough, then, to defend funding of the arts by saying that art is important. The argument must be that it is more important than other uses of those funds. No one in the special feature made such an argument because, I suspect, they can’t. Simply asserting that ‘dictators lock up the poets first’ doesn’t make it true. Of course there are many artists imprisoned around the world, but in the absence of any evidence in the special feature to the contrary, I will continue to believe that there are even more political activists and journalists imprisoned or murdered than artists.

By applying the same logic as this suggests, nor should humanitarian, medical or many other causes - including some addressing "the core problems" - be funded through philanthropy. After all, surely, the human urge to extend help to others means they will happen.

Foundations and the SDGs: the ‘conspicuous absentees’ speak out