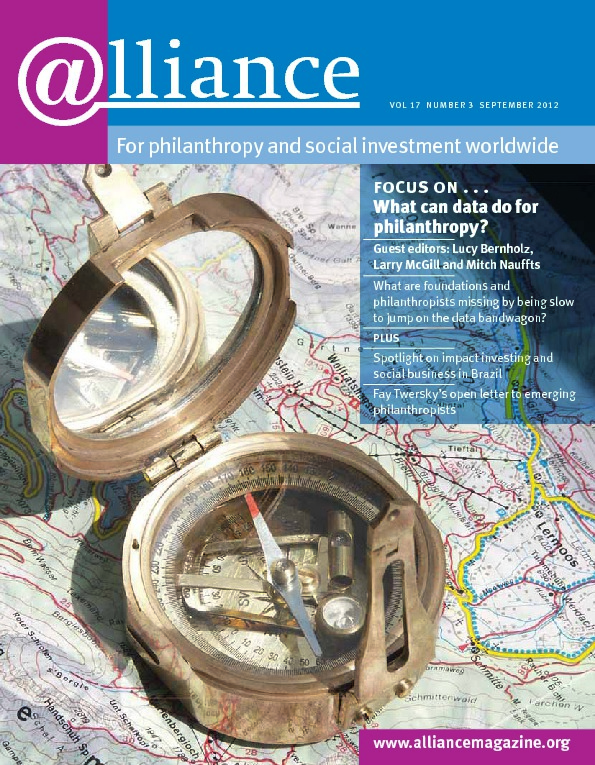 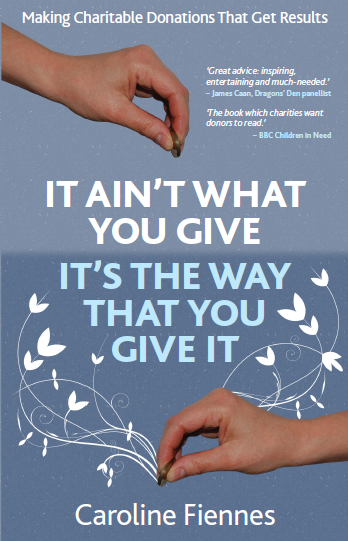 Starting with the title, Caroline Fiennes’ book is about as far away as it’s possible to get from the sometimes over-preachy, precise and precious tone of many of the ‘how to do philanthropy’ books, reports and pdf downloads that are around. And thank goodness for that. The author’s engaging, informative, sometimes irreverent and frequently emphatic style works well as she hands out advice to philanthropists of all kinds in 19 often eclectic chapters.

These cover both expected topics like finding a ‘great’ charity and the importance of observing impact before giving  and much less commonly commented upon aspects such as ‘theories of change’ (for givers of small amounts), how charities that are good fundraisers may not be good charities and vice versa, and why donors need to pay attention to unintended consequences.

Many of the arguments on how donors should follow the imperative of seeking the best outcomes with their donations are convincing – though likely to be controversial in some quarters.  For the most part this is because of the compelling evidence and logic the author offers. For example, using new evidence and great quotes, she debunks the media-fuelled mythology often accepted as truth that good charities are those with the lowest administration costs. And throughout the book, she skewers many foundations and trusts for imposing on UK charities at least £1 billion in unnecessary cost incurred in the course of filling out redundant, repetitive and overcomplicated application forms – one of the many sources of costly distraction imposed on charities by donors that the book highlights, and challenging donors to do much better. Well done, Ms Fiennes, for taking them on.

Sometimes, however, she uses emotive assertions to advance as fact some debatable proposition. For example Section D of Chapter 5 is entitled ‘Charities need subsidy – by definition’. It argues against assumptions commonly made by philanthropists with a business background that any good charity shouldn’t need subsidy after a few years.

It is obvious that many charities do need permanent subsidy because their beneficiaries will never be able to pay for what the charity provides. However, there are many successful enterprise and market-based solutions to poverty in developing countries where beneficiaries are able and willing to pay for unsubsidized social services or goods – when a less good version may also be offered for free by subsidized charities that find it easier to rely on free (charitable) money from donors. These may require subsidy to begin with, but once up and running their ability to survive and grow based on what their ‘market’ can pay means there is more (always scarce) charitable funding available for needier groups and they can probably reach many more beneficiaries than charities solely reliant on subsidies. Perhaps on this point – and on others where the author makes strong generalized assertions – some qualifiers would help.

These are not substantive criticisms but useful kindling for starting robust debates about the arguments made that will make an already stimulating book even better.

So to finish, let me open up another debating front with the many who I hope will read this book. The author’s main focus is on how to ensure donors secure the greatest social benefit from the resources they channel through charities to effect social change. In so doing, many common practices of donors that cause problems for charities are identified. But charities should also note the central message of this book: that not all charities are equally good, and their performance can vary widely. In fact from society’s perspective it is not just good charitable performers that should be supported but donors’ resources should flow in large part to the best performers. Comparative measurement of impact is a trend that many charities and many donors still resist, for reasons to do with practicality and cost. So here’s the debating point. Comparative performance evaluation of charities (and donors) would indeed be costly and disruptive. But from a societal point of view, the benefits arising from being able to channel scarce social change resources to those actors and actions that can achieve the most might be much, much greater than the costs involved.

Maybe the title of this book should really have been ‘It Ain’t What You Get, It’s How Much Good You Do With It’.

Kurt Hoffman is chief executive of the Institute for Philanthropy, London and New York. Email kurt.hoffman@instituteforphilanthropy.org

Giving 2.0: Transform your giving and our world