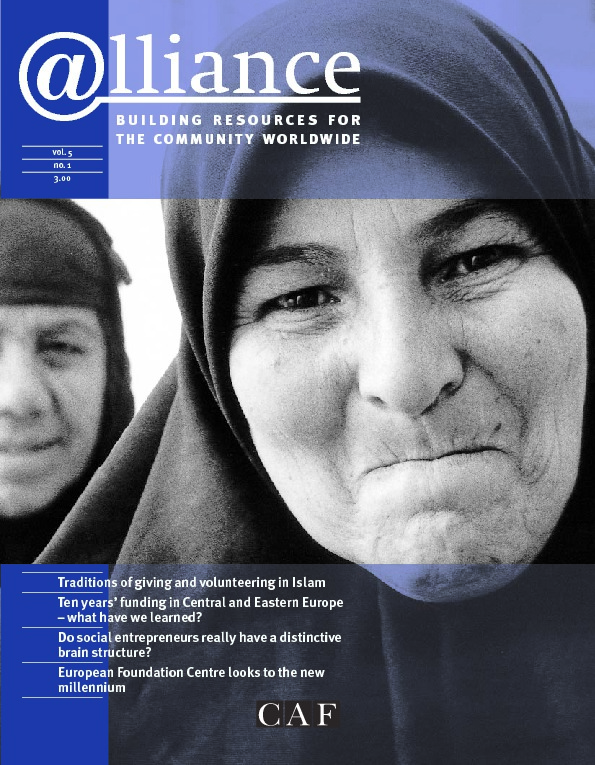 Literature on NGOs and civil society has its cycles: after a period of intellectual (see Putnam, Gellner and others) and official (see World Bank, UNDP) enthusiasm, more and more critical analysis is coming out. One of the most recent is an excellent piece written by Thomas Carothers (‘Civil Society’, in Foreign Policy, No 117, winter 1999/2000). This fresh criticism is very healthy, long awaited and welcome.

Frankly, there is nothing original or exciting in Hudock’s findings. We are all too familiar with the old wisdom: He who pays the piper calls the tune.

Hudock’s innovation is that she translates this old wisdom into the rather intricate and technical language of NGO capacity-building. Using case studies from Sierra Leone and The Gambia, she manages to conceptualize various types of NGO dependency that subject NGOs to external control, which in turn severely limits the long-term capacity of NGOs to strengthen civil society, which should have been their distinctive role.
By analysing the degrees of dependency, she makes several sobering points about ‘intermediary NGOs’ and the entire ‘democracy-building industry’ and how and why they fail. Her critique of the myth that NGOs are somehow unique because they operate on a value base, rather than on the imperative to survive, also points to a truth we tend to obscure.

Miklós Marschall is Executive Director for East and Central Europe of Transparency International. He can be reached at mmarschall@transparency.org