The Tyranny of Experts: Economists, dictators, and the forgotten rights of the poor

William Easterly is hard to categorize because he fits so poorly into the ideological boxes that dominate current discussion about aid and anti-poverty philanthropy. His long-running ‘debate’ with Jeffrey Sachs over the Millennium Villages Project provided a handy way around this problem, but no more. 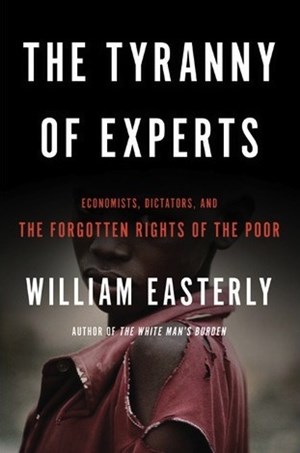 The central idea of Easterly’s new book, which doesn’t once mention the MVP, is that the development enterprise is rooted in contempt for the rights of the poor; it has glorified and empowered so-called experts who ignore the desires of poor individuals and decide for them what is in their best interest. Poor households have been shunted aside as the supporting cast – or worse, the scenery – in a story in which they are the main characters.

The book weaves together stories from the British colonial administration, the Second World War Allies, the United Nations, the World Bank and official development agencies and locales like Colombia, China, Ghana, Ethiopia and Benin to show a remarkable and depressing consistency in advocating, or at least condoning and excusing, policies that ignore or abuse the rights of the people they are claiming to help. In an earlier era this was justified by outright racism – the Chinese, Africans, etc were not capable of managing their own affairs. More recently it is justified by complexity: development is too complicated to happen on its own, and must therefore be managed by technocratic leaders.

The book itself meanders between moral outrage at trampling the rights of the poor, arguing that the technocratic/autocratic approach simply doesn’t work, and telling the story of a single city block in Manhattan. Because the concept of rights is a staple of both the libertarian laissez-faire camp – best known for championing property rights – and the grassroots community activist (for want of a better phrase) camp, it can be difficult to follow Easterly’s argument as the mind slides into one or other of these boxes, neither of which accurately captures his perspective. To be clear, Easterly isn’t against expertise. What he is against is the idea that expertise justifies coercion. Experts should not be excused from having to convince people to take their advice.

Though Easterly focuses primarily on official aid agencies and institutions like the World Bank, large foundations, particularly the Gates and Rockefeller Foundations, feature in the book. While philanthropy is generally more associated with advocating for the rights of the poor, many, if not most, philanthropic efforts could be described as attempts to implement solutions designed by experts with token input from poor communities. That applies even to programmes referred to as ‘community-led’, which, in addition to having a track record as poor as any other variety of development assistance, are often based on predefined ideas about what communities should care about. Easterly goes further, noting that even these ‘communities’ rarely adequately protect the rights of individuals to dissent or opt out of the philanthropic agenda.

Others have pointed out (see reviews online from David Roodman or World Bank economist David McKenzie) that Easterly occasionally uses data and quotations selectively to make his points. Those are valid criticisms, but as I was reading, I thought often of a story about the founding of one of the radical environmental groups of the mid-1980s (I have been unable to verify it, so it may be apocryphal): one of the group’s founders contended that environmental activism could not get traction until there was a radical wing that would make organizations like Greenpeace and the Sierra Club seem mainstream.

That’s generally my view of this book. It is staking out radical ground by throwing firebombs at the development establishment. Hopefully, this will make it possible for progress to be made across the board in allowing poor households to be the centre of their own story of development rather than the pawns of ‘experts’.

Timothy Ogden is managing director of the Financial Access Initiative at New York University and a contributing editor to Alliance. Email timothy.ogden@nyu.edu